Quad Bow Wonderlands – The most popular Looter-Shooter franchise is back. But this time, in the form of an RPG game. Tiny Tina’s Wonderlands is the latest Borderlands game, and it is finally available across all the major gaming platforms. Looking at the number, I would say that the game is performing decently. Of course, the player base is nowhere close to what it was when Borderlands 3 launched. But, as long as a game looks and feels like a borderlands title, the fans don’t care what the name of the game is. They will play it, regardless.

In this article, I am taking a look at the Quad Bow in Tiny Tina’s Wonderlands. Let’s check out what it is, and where you can farm for it.

Quad Bow is an Assault Rifle of the Legendary or Orange Rarity type in Tiny Tina’s Wonderlands. There are several variations of the Quad Bow, and the prefix and suffix of this AR will change depending upon the card that you get. It is a Dahlia Assault Rifle, and it comes in all the elements. The cross bolts deal 2% increased damage for each cross-bolt stuck on the target. The bolts last for a total of 6 seconds. There are two firing modes on this weapon, Fully Automatic and a 4 Shot Burst!

So as the name suggests, the Quad Bow is an assault rifle, which deals 4 times the damage with a single cross bolt shot. It is very familiar with the Dictator rifle in the previous Borderlands 3 game except that this weapon shoots out horizontal Crossbolts on Full Auto Mode and vertical cross bolts on the 4 Shot Burst mode. Since all the bolt type weapons have drop-offs, so for long-range shots, make sure that you aim for a bit higher when using the Quadbow. We took it for a Chaos 20 run and honestly, the ranged-damage of this weapon is not good at all. You need to be close to the enemies while shooting to deal maximum damage.

This weapon is good for crowd control as the Crossbolts stick onto the target dealing 2% increased damage for each bolt struck on the enemy for about 6 seconds. The burst fire mode and the full auto mode in terms of damage don’t make a lot of difference. Instead, we liked the full auto mode better than the burst fire one. This is a great weapon for boss farms as well. 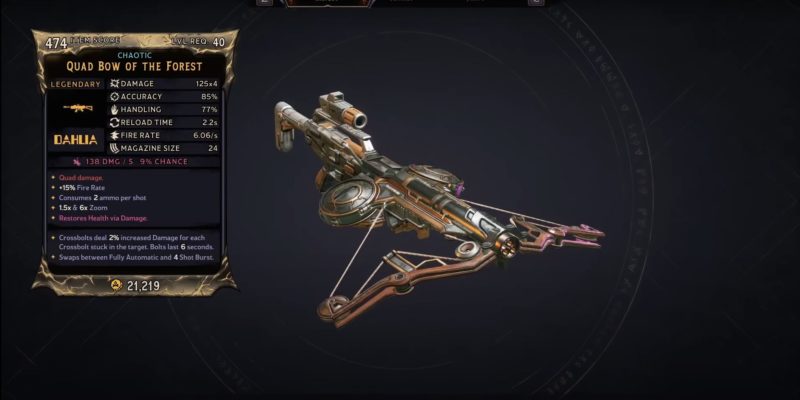 How to get Quad Bow in Tiny Tina’s Wonderlands 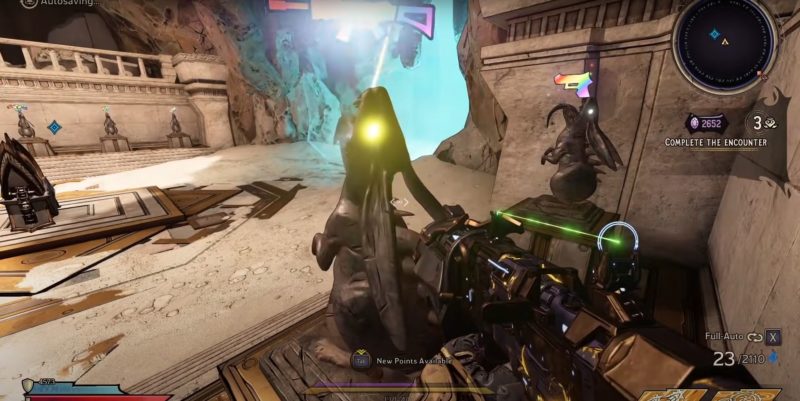 Unfortunately, it doesn’t have a dedicated drop source, and you don’t need to fight any bosses to get this weapon. This is a world drop so apart from the Chaos Chambers, the Quadbow assault rifle can drop off from the enemies inside the Chaos Dungeons as well. Slay enemies as much as possible to increase your chances of getting this weapon. Also, don’t forget to find as many lucky dices as you can in the game to increase the chances of getting the Quad bow as a drop. Do long and extended Chaos Runs, earn crystals, and feed them to the bunnies at the Chaos Chamber until you get the Quad Bow Assault Rifle. 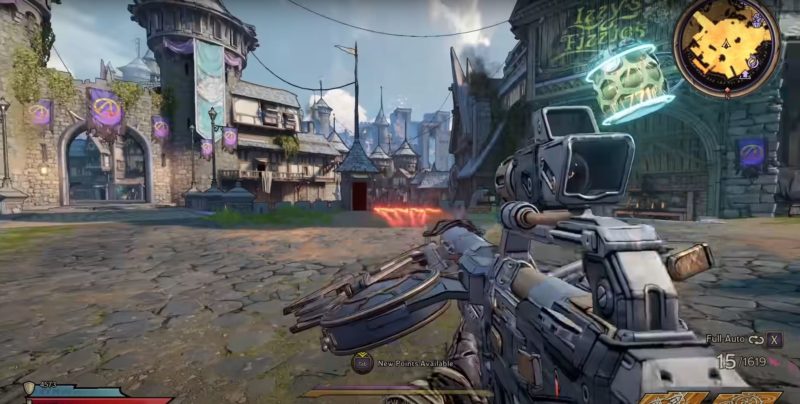