There is no doubt that Tiny Tina’s Wonderlands is a “Borderlands” game. And just like Borderlands games, Wonderlands also has Legendary Weapons, Gear and Spells. These Legendaries are, in no way, easy to find. And, if you do not know where to look for them, your mind ends up wandering the huge open world of Wonderlands, aimlessly.

In this article, I am taking a look at the Perceiver weapon in Tiny Tina’s Wonderlands. Let’s check out what it is, and where you can farm for it.

Perceiver is a Pistol of the Legendary or Orange Rarity in Tiny Tina’s Wonderlands. There are several variations of Perceiver, and the prefix and suffix of this weapon change depending upon the card that you get. It is a Dahlia Pistol, and it comes with all the elements. The specialty of this weapon includes a quick swap between 3 burst shots or semi-auto mode.

First off, this is a Pistol with a very cool aiming down the sight animation. Also, when you get to score critical damage, you will have 1 out of every 6 chances to regenerate ammo without reloading. The ammo automatically gets added to your gun magazine when you deal critical damage 6 times. In this way the more you shoot your enemies, the more you will improve the chances of ammo regeneration, and you won’t need to reload the pistol at all. It deals a decent amount of damage, and it is okay for crowd control but not recommended for boss farming. 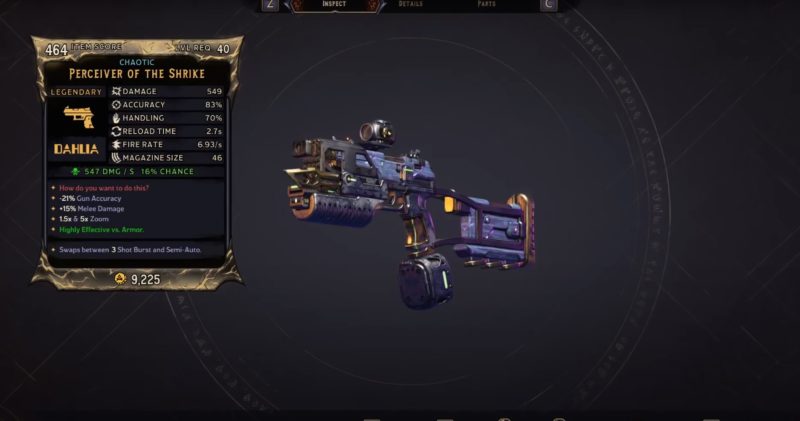 How to get Perceiver in Tiny Tina’s Wonderlands

To get or farm the Perceiver, you have to head over to the Everfrost Icetomb in Sunfang Oasis. Once you reach their head over to the marked Obelisk on the map. It is quite a long run so just before dropping into the arena, you will find a save station so that you can respawn in case you get eliminated while fighting. Run straight towards the Obelisk and activate it. You will have to survive and fight waves of enemies until at a point where the Obelisk is destroyed and a boss will spawn from within. The boss which we have to fight to get the Perceiver Pistol is called the Oculus. 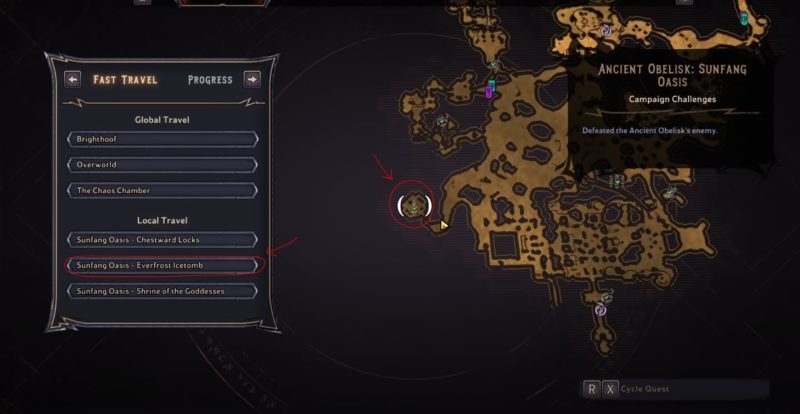 The Oculus is a Cyclops type of boss which mostly deals Melee damage. Since he is an armored weapon, the best is to use Frost damage on him. Oculus takes in more damage when you deal ice damage than any other elemental. Just like the Coiled Mobs, the Oculus is also very weak to ice attacks. Always be on the move when engaging with this enemy and time your attacks perfectly. After defeating Oculus don’t forget to shoot his flying eye. It is pretty easy if you carry a good ice build with and if you are in luck you might get the Perceiver Legendary Pistol on the first round of the Oculus boss farm itself. Although it is much easier to get on higher levels. 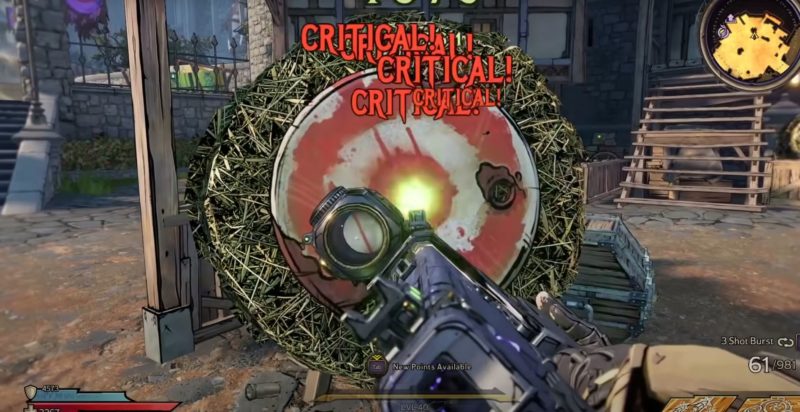