Pearl Glosshide in MHR Sunbreak – Monster Hunter Rise is an ARPG that was created and released by Capcom initially for the Nintendo Switch. In March 2021, a global release of the Monster Hunter series’ sixth mainline edition of the game took place. In January 2022, a Microsoft Windows version was made available for us people who wanted to enjoy this game on our PCs.

The game takes a lot of cues from Monster Hunter World, but also adds many new features and mechanics, including the addition of a new companion called the Palamute, which is used to ride across the map or into battle, and the use of Wirebugs to traverse the world and mount and ride certain monsters.

This brand-new expansion, Sunbreak, holds its new world of Elgado Outpost with new locales and monsters. In this monster’s world, try to return to your Wirebug and often upgrade your armament to solve your quests with unique flexibility.

Get ready to defeat your monsters with your 14 different weapon types while exploring tons of resources and crafting materials. One such material is Pearl Glosshide.

How to get Pearl Glosshide in Monster Hunter Rise Sunbreak

As I mentioned, Pear Glosshide will help you upgrade and craft your armaments. On top of that, it requires you to complete the “Combo Wizardry” quest from Phino the Sailor at Elgado Outpost. Another resource required to complete this quest is the Jyuratodus Shards.

You can get Pearl Glosshide easily by defeating Khezu in Master Rank. You will encounter a Khezu while doing the 2-star Master Rank quest, “The Alabaster Devourer“. 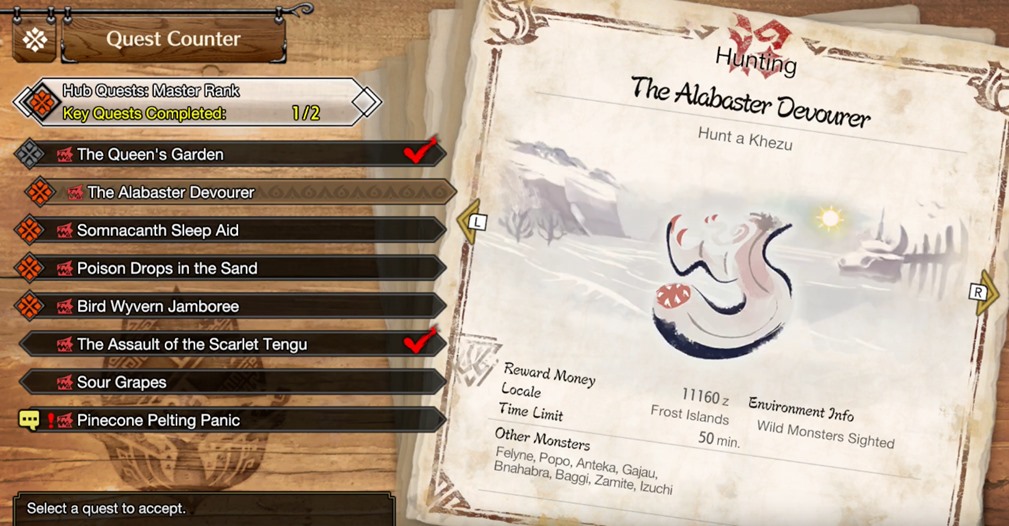 Using Slash weapons is the best way to take down a Khezu. Also, the Khezu is highly weak against the Fire element.

The best way to get Pearl Glosshide is by breaking all the Legs of Khezu, as the Broken Part Reward chance on Leg is 100%. Here are all the ways to get a Pearl Glosshide from Khezu and their drop chances:

If you’re extra lucky on your match, you can receive almost three Pearl Glosshides in a single run of the Alabaster Devourer Master Rank quest.

Using the Pearl Glosshide, you can craft:

If you think this guide has helped you, then let us know in the comment section below. Also, try checking out our other guides on Monster Hunter Rise. Who knows, you might end up finding something you have been looking for. 🙂