Medical Supplies The Cycle – The Cycle: Frontier is a new loot-focused first-person extraction royale with both PvE and PvP aspects. It takes place in two places: Fortuna III, where all the action and looting takes place, and Prospect Station, where you can trade, buy and sell gear and stuff in order to prepare for the next drop.

You play as a Prospector, entrusted with landing on Fortuna III and collecting precious treasure to return to Prospect Station’s three Factions.

So, when we address the term “medical supplies” we mean the components that go into making healing items in general. These could prove to be a little difficult to find at times.

As in any other game or in general, medical supplies are supposed to get your health back up in case you manage to lose some health points in combat or take fall damage among other things.

This article aims to guide you and give you an idea as to where you could find medical supplies in both of the maps in The Cycle.

So these supplies you’re looking for could be used to craft one of the following healing items: 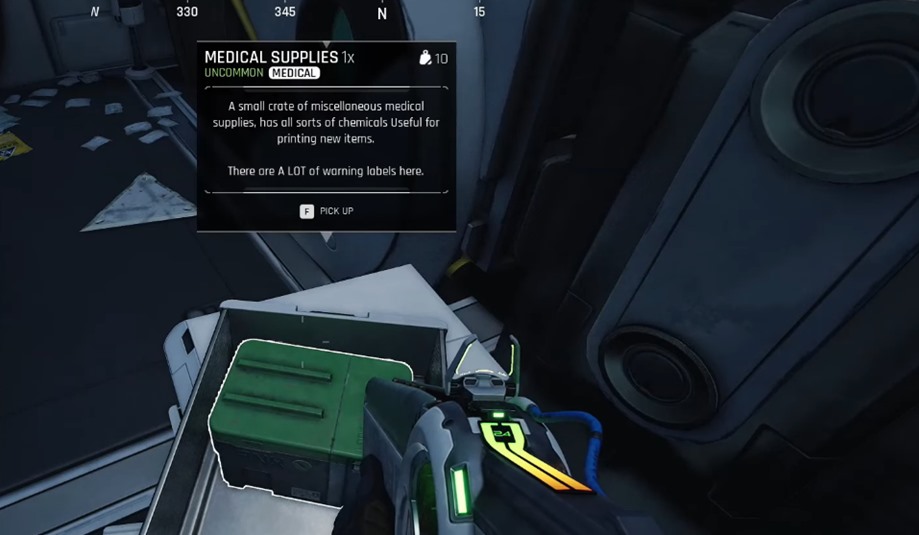 How to get Medical Supplies in The Cycle Frontier

There are a handful of locations on each map that’ll precisely get you some much-needed Medical Supplies, that you could use, of course, to craft or make the above items.

Bright Sands does not have many places to look for medical supplies, but you can still search and loot them here. You should probably begin your hunt at the Crashed Ship and then travel northwest to Jungle Camp, where you’ll locate a number of medical cases and hidden stashes. 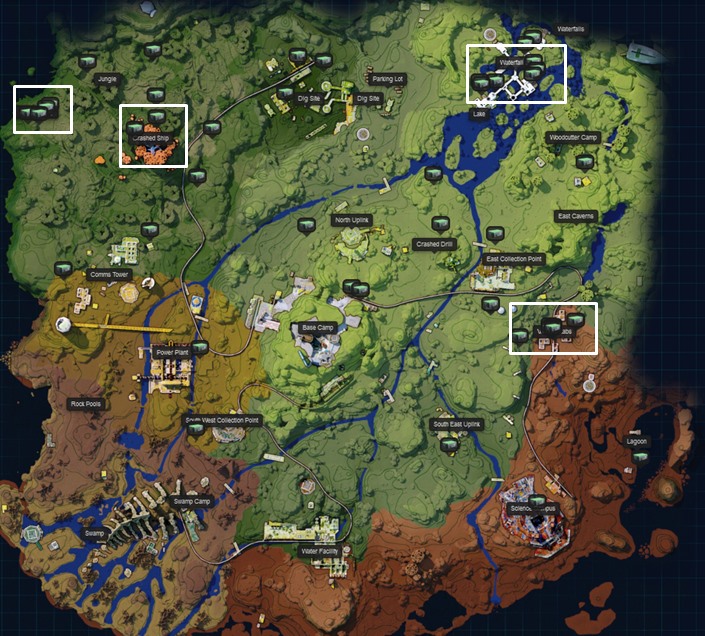 Following that, you’ll continue your search for these supplies at Waterfall Lab. While exploring the building (the Waterfall Lab), you’ll probably come across numerous medical cases and hidden stashes that could contain supplies.

Finally, Vaccine Labs will be the best site to keep looking for a number of medical cases that will be lying around for you to grab. Don’t lose hope though, there could be more cases and stashes just lying around at other buildings or places all around the map, you probably just need to roam a little more.

In comparison to Bright Sands, Crescent Falls being the bigger map here offers a plethora of medical supplies scattered throughout the area. Favela could be a good place to start your hunt for the same if you are trying to avoid crowded locations.

Followed by Greens Prospect and Base Camp Power Up Room to continue your search, these are the locations that are well known to have a good number of Medical Supplies.

After you’ve examined these two areas, travel to Pinnacle Labs at the top of the map, where you’ll find even more hidden stashes and medical supplies just placed all around, in case the earlier places haven’t really been helpful, which honestly could prove to be hard to believe.

The same goes with Crescent Falls as with Bright Sands, which is, that we could point out a number of locations for you to search at specifically, but to get a better understanding of the map itself and better loot locations, we suggest you go around roaming for a bit and get to know certain locations that could yield more of these supplies.