Mamba Mentality NBA 2K23 – As you know, NBA 2K23 is loaded with many exciting features, and Mamba Mentality is one of them. A tactic in NBA 2K23 makes your strategy much more flexible. This is an essential feature in the game, and you should unlock this mentality mode as soon as possible in NBA 2K23.

The NBA series’ newest addition that is NBA 2K23 was released on September 9th, 2022, for multiple platforms, including Xbox series X/S/One, PS4/5, The Nintendo Switch, and the most-required platform that is Microsoft Windows.

It is a Simulation Sports Basketball Game developed by Visual Concepts and published by none other than 2K. This game comes under their trendy NBA 2K Franchise, and this year, it comes fully loaded with better content, graphics, and gameplay.

The Mamba Mentality, also known as the Takeovers, is one of the most remarkable features of the game. It is an ability that will give you the upper hand against your opponents. There are a lot of powers in the game. If you want to switch those abilities between each match, then you need the Mamba Mentality.

So this article will guide you on how to get Mamba Mentality in NBA 2K23.

How to get or unlock Mamba Mentality in NBA 2K23

Mamba mentality, as we said, is an essential ability you should unlock as soon as possible. But let me be clear that it won’t be that simple as you will have to complete a specific objective if you want to get or unlock it. So to get the Mamba Ability, you will follow these steps correctly. 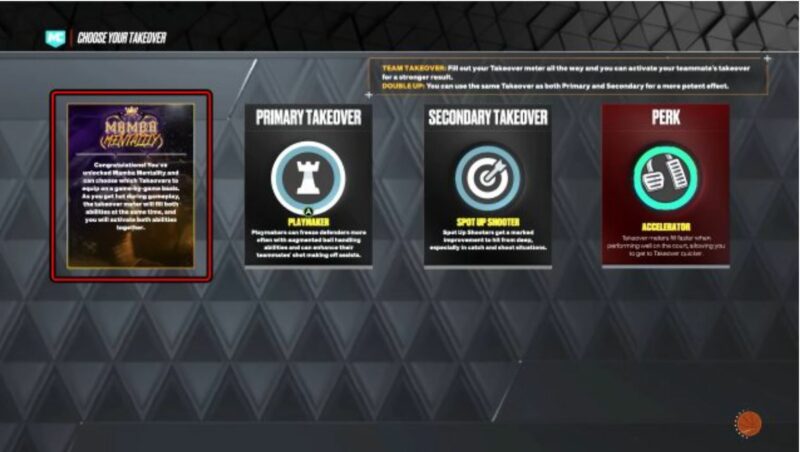 If you want to unlock the Mamba Mentality for the Next Gen devices, you first need to go to the side missions menu and select the Mamba mentality.

Once you choose it, it will take you to Brickley’s Gym. There you need to complete 7 Brickley Drills, and once you have completed all of them with three stars, you will be able to unlock the Mamba Mentality in NBA 2K23. There are a lot of different badges in the game. Here is a complete list of badges you can collect in NBA 2K23.

So this was all about how to get or unlock Mamba Mentality Badge in NBA 2K23.