Rebellion’s Sniper Elite 5 is, for the most part, a typical third-person shooter. Completely different from the last few Sniper Elite titles, though. They were first-person and relied heavily on realistic sniper weapon mechanics.

In Sniper Elite 5, You are basically armed with a sniper rifle, a handgun, and a submachine gun. It is almost like every other third-person shooter you have ever played. On top of that, you also get grenades, mines, medkits, and decoys. You can choose to go completely ham, and go full “Just Cause” mode on the enemies. But that way, you won’t survive much longer. The traditional way to play Sniper Elite games, is still the way to go. This is more like a less sophisticated Hitman game.

So try to creep your way through each level slowly and steadily, picking off enemies with well-placed shots from all around the map. There are several paths to each goal, which encourages exploration and replayability for better run optimization.

So, are you looking for better arms already? Like the Machine Pist .44? We’ve got you covered!

First things first! As in any game, you’ll unlock things through its time period itself. As in, you need to complete a set of challenges/tasks/missions to obtain items that are restricted. The same is the case in Sniper Elite 5.

How to Get Machine Pist.44 in Sniper Elite 5

Now to unlock the Machine Pist.44, you’ll have to complete the first three missions and finally, when you move on to the fourth mission, which is called “War Factory”, you’ll be assigned a “Kill challenge”. Elaborating on the same, the best way to do this is to eliminate the target using a “Rat Bomb”, which is a pretty useful thing in the game. If you do not have one, you can find one at the default starting point itself (upstairs).

Now that you’ve acquired the same, all you need to do is sneak in and place the Rat bomb in the Room where the target is placed. In the same room, You’ll find some shelves, upon approaching them, you’ll be asked if you want to place those bombs down there, and this is what you’re supposed to do.

Moving on, there are multiple ways as to which you can complete this mission, starting with the easiest one, which is to knock out the target unconscious, carry him over towards the Rat bomb, and place him there. After that, all you need to do is to shoot the rat bomb, and voilà! You should have your Machine Pist.44. 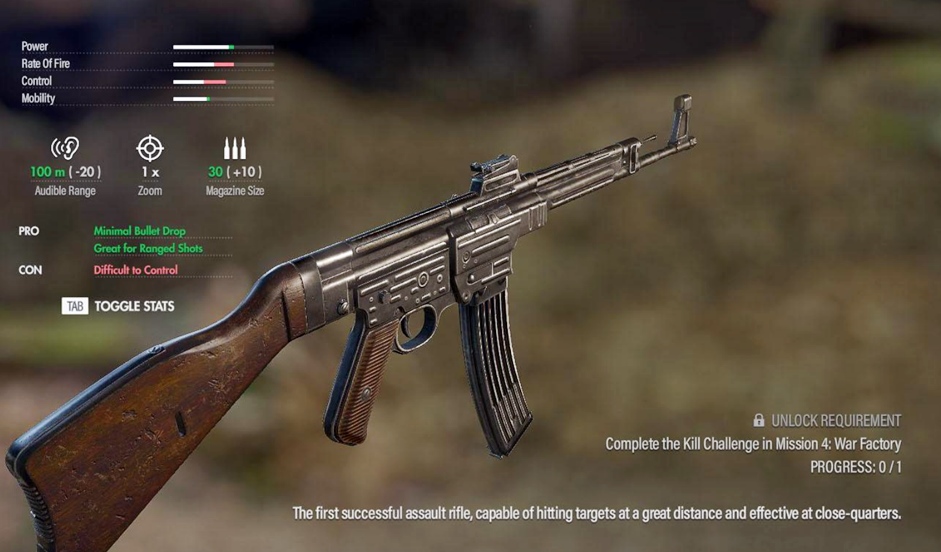 Alternatively, you could throw bottles as a distraction toward the rat bomb, lure the target towards it and finally shoot the bomb. You will get the elimination and hence the weapon.

If you think this guide has helped you, let us know in the comment section below. And for more Sniper Elite 5 guides, keep an eye on Frondtech. We cover every single technical issue of the game from the launch day. Good luck!