Destiny 2 is available on the following consoles—PlayStation 4, PlayStation 5, Xbox Series X/S, Xbox One, and PC. Published by Bungie and initially released as a pay-to-play game in 2017, this game has a massive galaxy that continues to grow. Having said the above, it is time that we begin the year of the Rabbit.

How to get Lunar New Year Emblem 2023 in Destiny 2

It is not just the 800 of the Bright Dust that you can get for absolutely nothing, that is, basically, for free, but also Bungie is seemingly generous to the players with the year’s Lunar Event in Destiny 2 like the Jade’s Burrow Emblem. Called the Jade’s Burrow, you can now get this Lunar New Year Emblem for free, and here’s how to do that.

The Lunar New Year is a yearly event in the game that has almost always brought a new surprise to the game, like the emblem. If you are someone who was born in the year of the Rabbit, which is basically the Lunar New Year, we bet that you will love Jade’s Burrow. It features a Chinese character on Golden, red background and, of course, a cute rabbit face to add on. 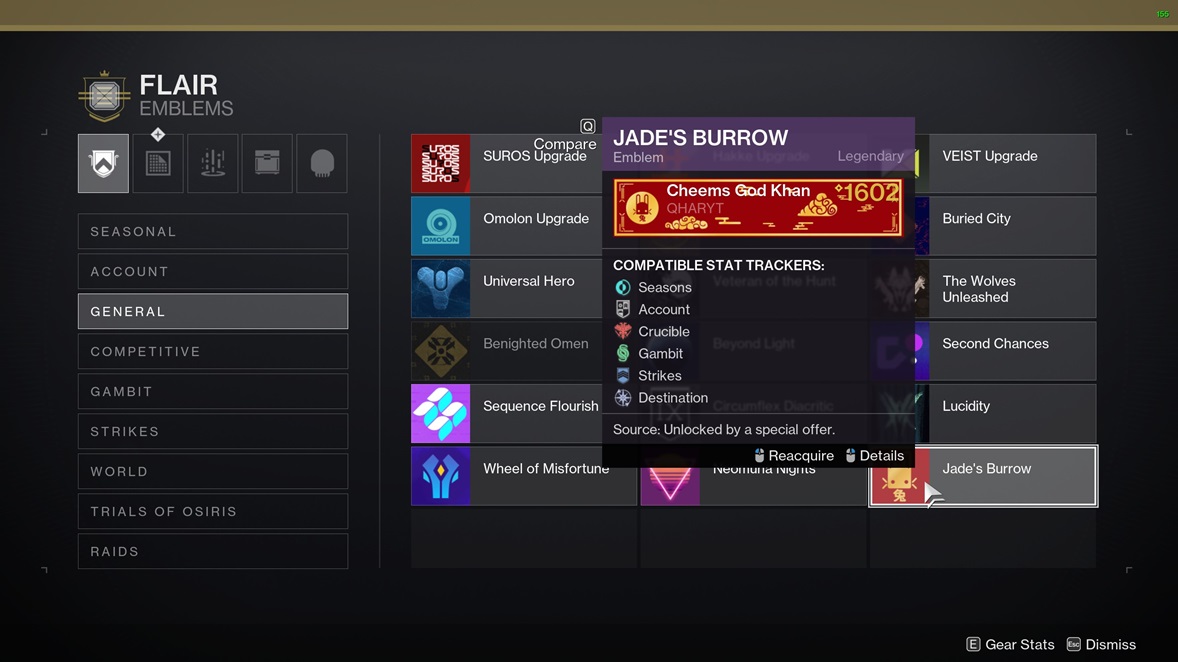 To redeem the emblem is actually pretty easy. What is required of you is to head to Bungie’s redeem code page and log into the website with the login credentials of the platform that you use for the game. If you have enabled cross save, then it hardly matters what device you use. Just make sure that it is a device that you have Bungie linked to. Then, enter this code:

After you claim the Emblem, start the game and go to Collections > Flair > General. Head over to the last page, and you will see the Jade’s Burrow emblem at the end.

This code is given officially by Bungie, and this means that anyone and everyone can use it to get the Jade’s Burrow emblem.

Although there is no news on how long this code will last, we suggest that you redeem it soon. Once done, you have the emblem.

You can log in to the game and, hopefully, steer clear of the character deletion bug, and then you equip the swag of your Year of the Rabbit.

That is all there is to know about how to get the Lunar New Year Emblem 2023 in Destiny 2.