Lachmann Sub MW2 – The type of weapon that is responsible for people smashing their PC/console screens all over the world, the SMG section of Modern Warfare 2’s arsenal has something called a “Lachmann-Sub”, which is a compact, fully automatic, highly stable close-range SMG in the game.

COD is known for people running and gunning, which not to mention enrages players. Come on, we’ve seen COD lobby clips at least once to date, haven’t we?

In Call of Duty Modern Warfare 2, most weapons are locked till you do certain tasks, but there’s this trick in MW2, using which you could upgrade another weapon and meet certain requirements that would unlock the Lachmann Sub.

The Gun is apparently so good, that it has become the new fan favorite. So without further ado, we’ll show you guys how you can get your hands on the Lachmann Sub, so here it is: 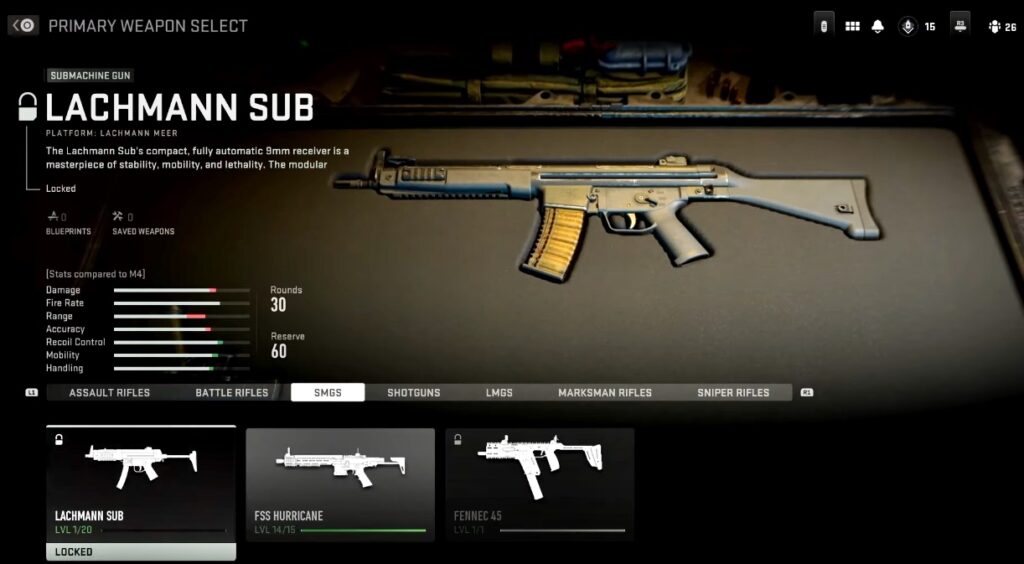 How to get Lachmann Sub in COD Modern Warfare 2

First, we’ll guide you as to how you can get the Lachmann 556 assault.

This’ll automatically add the Lachmann 556 into your loadout as a secondary weapon. Next, on your checklist will be upgrading the weapon, you could do it by constantly using it in matches. Once the rifle reaches level 12, you’ll be able to unlock the Lachmann sub. You’ll be free to equip and use the SMG hereafter.

And that’s pretty much everything, on how you can unlock the Lachmann SMG in COD MW2, we’ve got a number of guides upcoming on COD MW2, so stay tuned with us!

If you think this guide has helped, then let us know in the comment section below. And for more COD Modern Warfare 2 guides, keep an eye on Frondtech. We will be covering every single technical issue and bug of the game. Good luck!