This is a simulation game where you will be able to build your dream university but with a twist.

You will have full access to Campus and you will be running an academic institution where you can hire staff, and build campuses and the whole game revolves around the wild courses that your dream university will offer.

One of the most valuable currencies in Two Point Campus is Kudosh. With Kudosh, you will be able to unlock a lot of useful in-game items. But getting Kudosh in Two Point Campus can be a bit tough because you will need to complete some story objectives and challenges to earn some.

It’s more of a drip feed process because you will find yourself spending Kudosh at a faster rate than making it. But there is a way to earn Kudosh faster in the game.

So this article will guide you on how to achieve Kudosh in the fastest ways possible, and we will also suggest how you should spend it.

How to get Kudosh in Two Point Campus

These are the following ways from which you will be able to get Kudosh in Two Point Campus. Remember that Kudosh can be earned throughout the game, but the making is relatively less than what you might expect or spend. 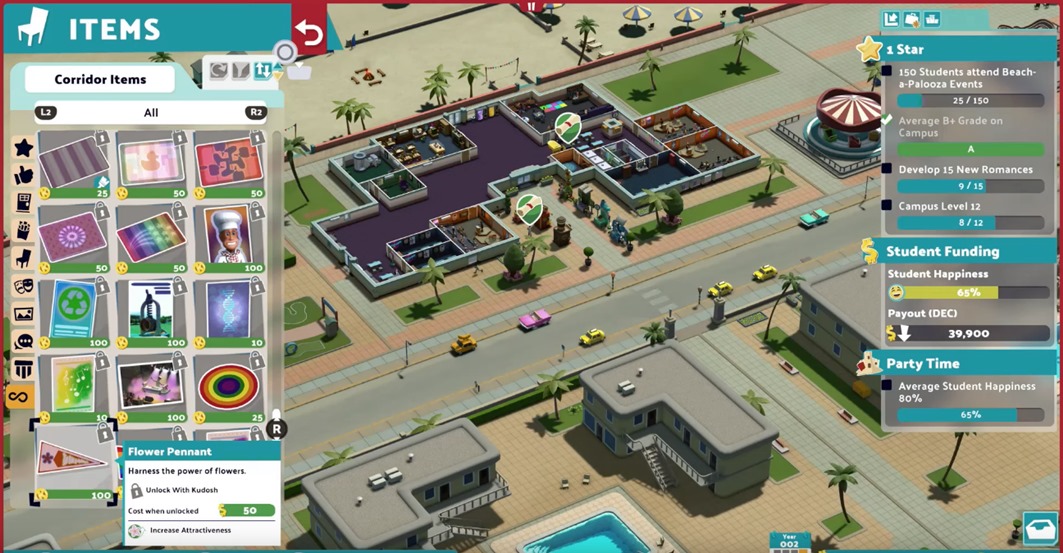 These are ways you can get Kudosh in Two Point Campus.

How to spend Kudosh in Two Point Campus

You can spend Kudosh on items with the Kudosh symbol or in the item menu itself. It doesn’t get you the item directly but makes it available for purchase permanently on all the campuses. You will have to purchase those items with money.

So this was all about how to get and spend Kudosh in Two Point Campus.

If you think this guide has helped, then let us know in the comment section below. And for more Two Point Campus guides, keep an eye on Frondtech. Good luck!