Tiny Tina’s Wonderlands is a “Borderlands” game at the end of the day, no matter what. The core mechanics of the game are the same as other Borderlands games. But there are some new aspects too. One of the most noteworthy changes, apart from the usual weapons, Wonderlands features a lot of Spell and Enchantments. These Legendaries are, in no way, easy to find. And, if you do not have any idea about where to look for them, you might end up wandering the huge open world of Wonderlands, aimlessly.

In this article, I am taking a look at the Inflammation in Tiny Tina’s Wonderlands. Let’s check out what it is, and where you can farm for it.

Inflammation is a Spell of the Legendary or Orange Rarity in Tiny Tina’s Wonderlands. There are several variations of the spells and the prefix and suffix of this Spell can change depending on the card you get. This is a Wyrdweaver spell and only comes with only the fire element. The specialty of this spell is that it can be cast repeatedly when you are holding down the spell attack button.

This spell is basically like a handheld flamethrower, and you have to hold it down so that it is cast on the enemies repeatedly dealing fire damage. The fire damage is highly effective against flesh type enemies. There are two variations of this Spell card. The normal one will let you cast flames 3 times but the one we are rolling with today lets me cast flames 4 times. The 4x Spell card is the special card and a harder one to get, so you might need to spend some time farming for it.

We even took it for a spin at Chaos 20 difficulty and the damage is not bad at all. This is a great spell card to use if you are using the Spellshot character. Also, you do need to remember that the attack range is decent, so you need to be somewhat closer to the enemy when casting it. 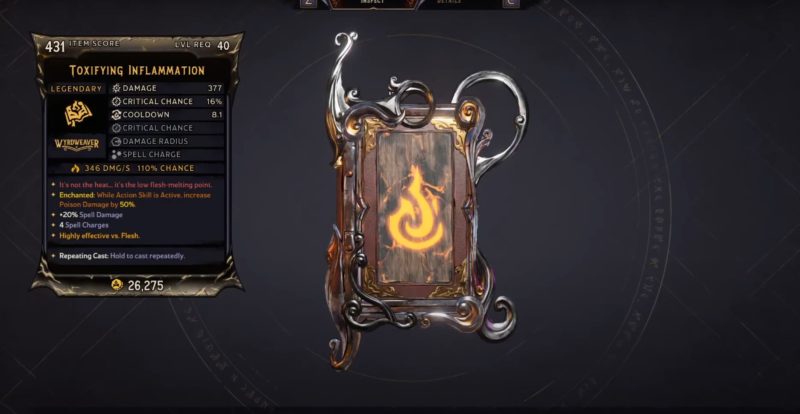 How to get Inflammation in Tiny Tina’s Wonderlands

To get or farm the Inflammation Spell card you have to get to Soultron’s Rise at Karnok’s Wall and head over to the Obelisk location as marked on the map. 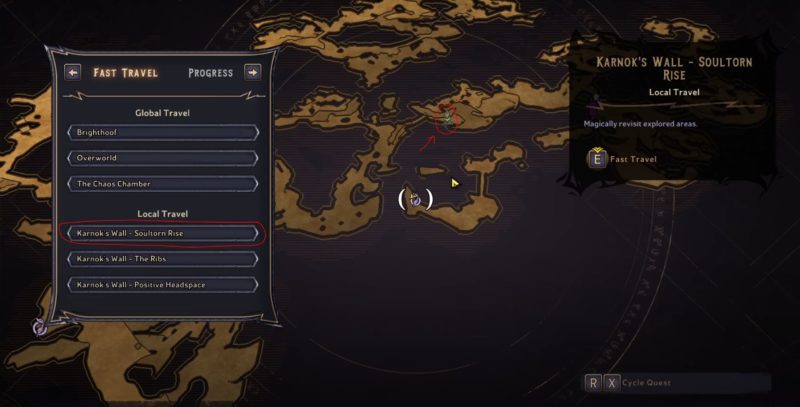 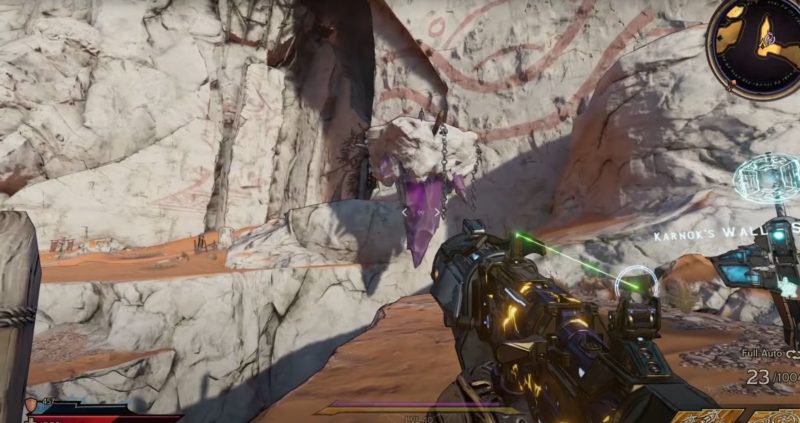 Continue along the path until you reach the obelisk. Activate it and survive a few waves of enemies until the Obelisk gets destroyed and Shara, Dust-Begotten boss emerges out of the destroyed remains. This boss drops the Inflammation Spell card once defeated.

Shara, Dust Be-gotten is a Serpent Witch type of boss which mostly deals Poison damage. This is quite an easy boss fight and taking her down is not a very difficult and time taking task to do. Although you will have to be on your toes because there are going to be tons of Badass Coiled enemies that you will encounter simultaneously while fighting the boss. It’s better to start shooting the serpent from the distance. You have to time your attacks perfectly to take the boss down quickly. Slaying Shara will grant you the Inflammation Spell card. Not every run guarantees an Inflammation, but it is fairly easy to get if you are on higher levels. 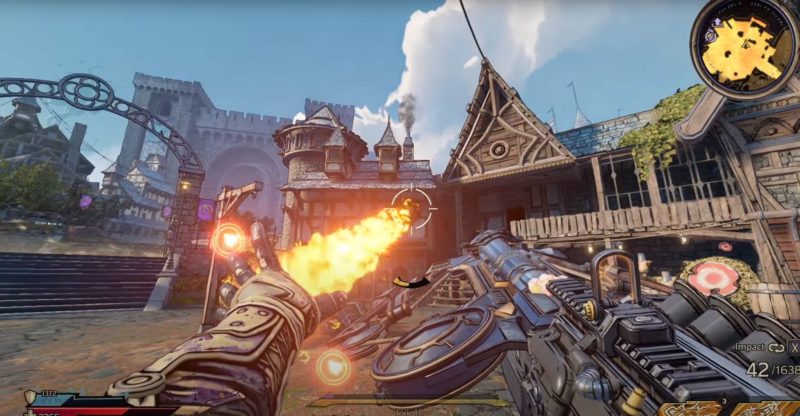