Impidimp is a Dark Pokemon of the Fairy Type that you will find in Scarlet and Violet. It will evolve into a Morgrem once it reaches level 32 and will further evolve into a Grimmsnarl once it reaches level 42. It is a Wily Pokemon that falls under the Fairy Human Like Group. Furthermore, it has a catch rate of 255 with a base friendship of 50. This Pokemon appeared earlier in Sword and Shield Pokemon Game.

Impidimp is a must-farm Pokemon because of its unique nature and characteristics, and if you want to have one on your Pokedex, this article might help you.

How to get Impidimp in Pokemon Scarlet and Violet

Impidimp can be found at any time of the day in Forest Biome. It is a very common Pokemon residing in the Tagtree Thicket. 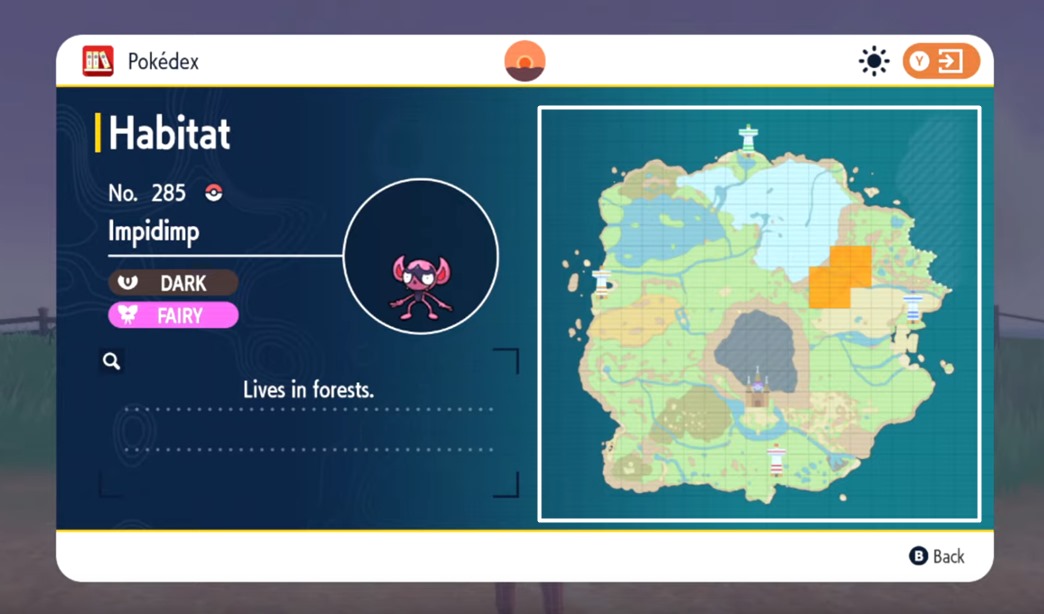 But leveling up Impidimp can be a little pain because it levels up slowly. To make it evolve faster, you can use Level boosters like Exp Candies, Rare Candies, Meal Powers, etc., to level it up faster. The final form of Impidimp, Grimmsnarl, is very powerful and a must-have in your collection.

How to defeat Impidimp in Pokemon Scarlet and Violet

Impidimp is a Fairy/Dark Type Pokemon. If you wish to train and take this Pokemon into battle or fight against one, it is necessary to know its abilities, weakness, and immunities.

Here are the abilities of Impidimp in Pokemon Scarlet and Violet.

This Pokemon is weak against:

However, it can normally be damaged by:

It can resist Pokemons like Ghost and Dark while completely immune to Psychic and Dragon Type Pokemon.

Terastallize this Pokemon to receive a 1.5x Damage bonus to all its Tera Type Moves. The best Natures for Impidimp are

For all three of these natures, your Special Attack Stat decreases. The Pokemon also drops off an Impidimp Hair TM Material which can be used to get Dark Pulse and Focus Blast.

Impidimp is a great, Wily Pokemon with a Human-like form. Its evolved forms, like the Morgem and the Grimmsnarl, make it a perfect Pokemon to catch, train and level up with.

So this was about How to get and defeat Impidimp in Pokemon Scarlet and Violet.