Garaffa Electrical Organs – Xenoblade Chronicles 3 is an action game on Nintendo Switch. In this role-playing, get ready to save the world with Mio, Noh, and their six-party members.

The earlier stage of Xenoblade games had a limited number of party members. However, this brand-new title has a total of seven members to participate in a single match which contains the main party of six and one of several characters that appear over the storyline, and it’s available only on the Nintendo Switch.

Complete your daily quests to get your rewards, and get ready to explore the massive maps of Monolith Soft to collect plenty of resources that will help you to craft your gem and recipes.

One such common material is Garaffa electrical Organs. You can easily collect them by hunting only one monster in this action game. Follow this article to learn how to hunt the beast and get Garaffa Electrical Organs in Xenoblade Chronicles 3.

How to get Garaffa Electrical Organs in Xenoblade Chronicles 3

In Aionios, these monsters are spread everywhere in different variants with their unique features. But, if you want to cultivate them efficiently, you should hunt only one Garaffa variant, the Mailoo Garaffa, which provides more Garaffa Electrical Organs than other variants. Before you hunt, follow the steps below to find glorious Mailoo Garaffa in Xenoblade Chronicles 3. 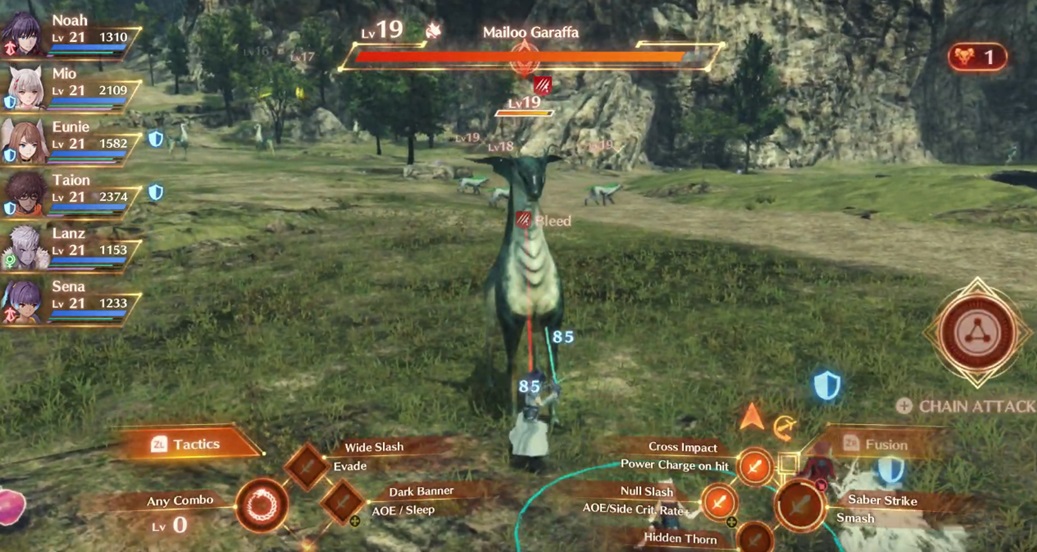 Remember to use Skip Travel to farm your dozens of Garaffa Electrical Organs.