Get Fuecoco in Pokemon Scarlet Violet – The Fuecoco is the best Starter Fire Pokemon to start your Pokemon journey with in Scarlet and Violet.

Scarlet and Violet is a Pokemon game developed by Gamefreak and published by Nintendo. This is a Nintendo Switch game featuring new storylines and Pokemons while incorporating the same game mechanics from the last Pokemon games you have played.

Fuecoco under the Field Egg Group. It is one of the splendid starter Pokemon you will get initially during the start of the game. But there is another way of getting Fuecoco if you didn’t choose to start your Pokemon journey with it.

It falls under the Fire Crocodile Pokemon Category and has a catch rate of 45 while having a base friendship of 50.

So this article will guide you on how to get Fuecoco in Pokemon Scarlet and Violet.

How to get Fuecoco in Pokemon Scarlet and Violet 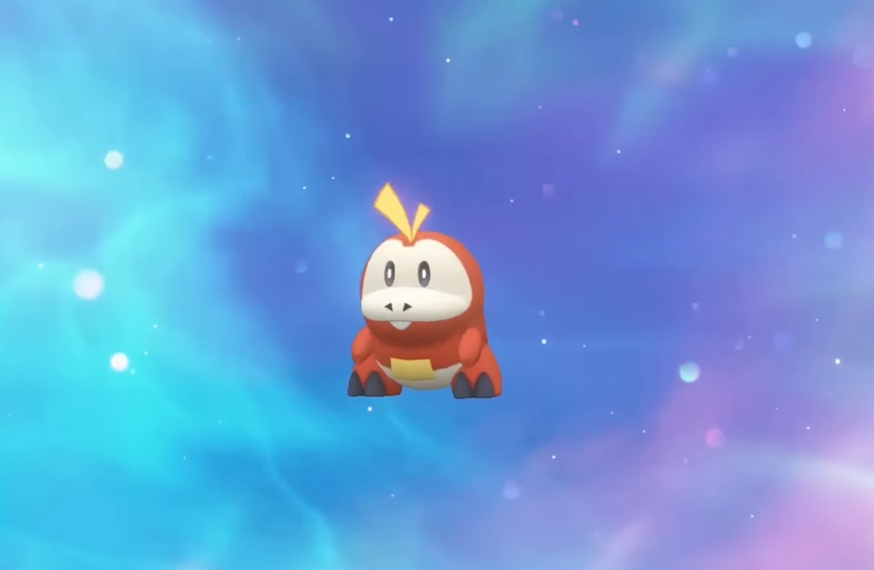 You will be able to get Fuecoco in two different ways.

Getting Fuecoco from Director Clavell

You will be able to get the Fuecoco from Director Clavell, which is a Fire-Type Pokemon, at the start of the game. Once you choose Fuecoco from amongst the starter Pokemons, you need to find other ways to get your hands on the other Pokemons if you wish to fill up your Pokedex.

Getting it via trade

Once you have selected Fuecoco, then remember that you won’t be able to get the other two starting Pokemons without using the Trade Feature. This is why the starter pokemon is the highly requested and demanded Pokemon in the trade Portal. If you have selected a different starting Pokemon, use the Trade feature to trade and get the Fuecoco in exchange for a Pokemon that you own with other Players in Pokemon SV.

How to defeat Fuecoco in Pokemon SV

The Fuecoco is a Fire Type Pokemon and is a great starter Pokemon. And having a fire Pokemon right from the start of the game can help you because, firstly, Fire-type Pokemon are typically rare and can be pretty helpful for type coverage. It also has an advantage over other Pokemons that are steel or fairy types that other starter Pokemons don’t possess. So these are some Fuecoco Abilities that you should watch if you are fighting against or taking it to battle against other Pokemons.

The Fuecoco is weak to Water, Ground, and Rock Pokemon. It can be generally damaged if you use Pokemon Types like:

It also has the ability to resist Pokemons like Fire, Grass, Ice, Bug, Steel, and Fairy types.

Remember that a new Let’s Go feature in Pokemon helps you battle the Pokemons that are Wild, and you won’t be able to evolve Fuecoco into Crocalor if it levels up through Auto battles. Fuecoco will only evolve if you go against Pokemon Trainers and fight the regular game battles.

So this was all about how to get Fuecoco in Pokemon Scarlet and Violet.