How to get Destiny 2 Prime Gaming Rewards 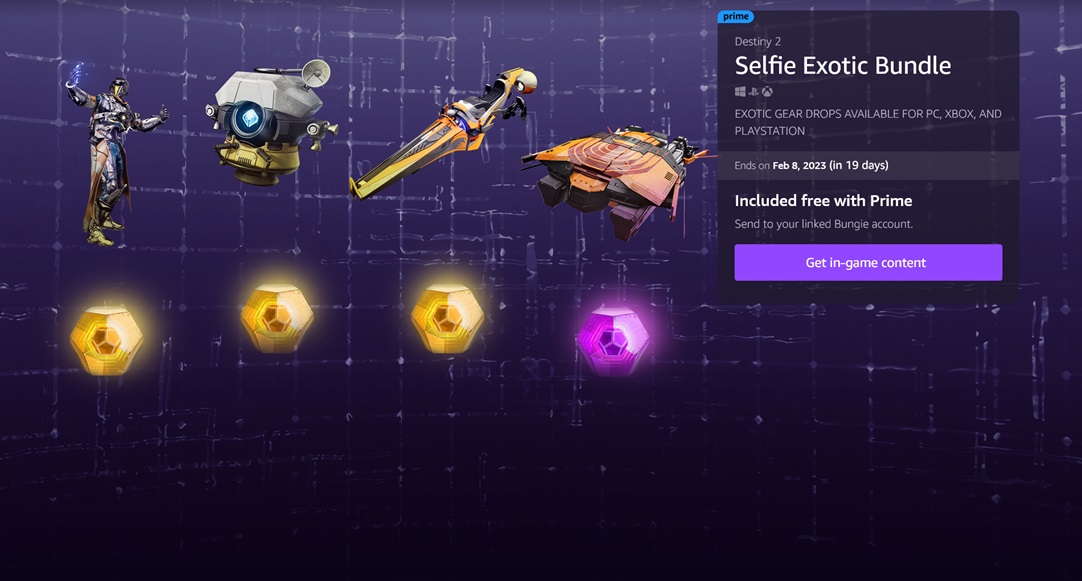 Go to the Prime Gaming page and log in using your credentials. Once you’ve done the same, look for Destiny 2 among the list of games that’d be displayed.

Once you find the tab, click on it. Now, you’ll be required to link your Amazon account to your Bungie account. If you’ve already done so, it’d automatically skip the procedure for you. If you’re first-timers, though, you’ll have to do this in order to claim your rewards. Upon linking, there’ll be an option for you to claim those rewards on the web page itself. Click on it. 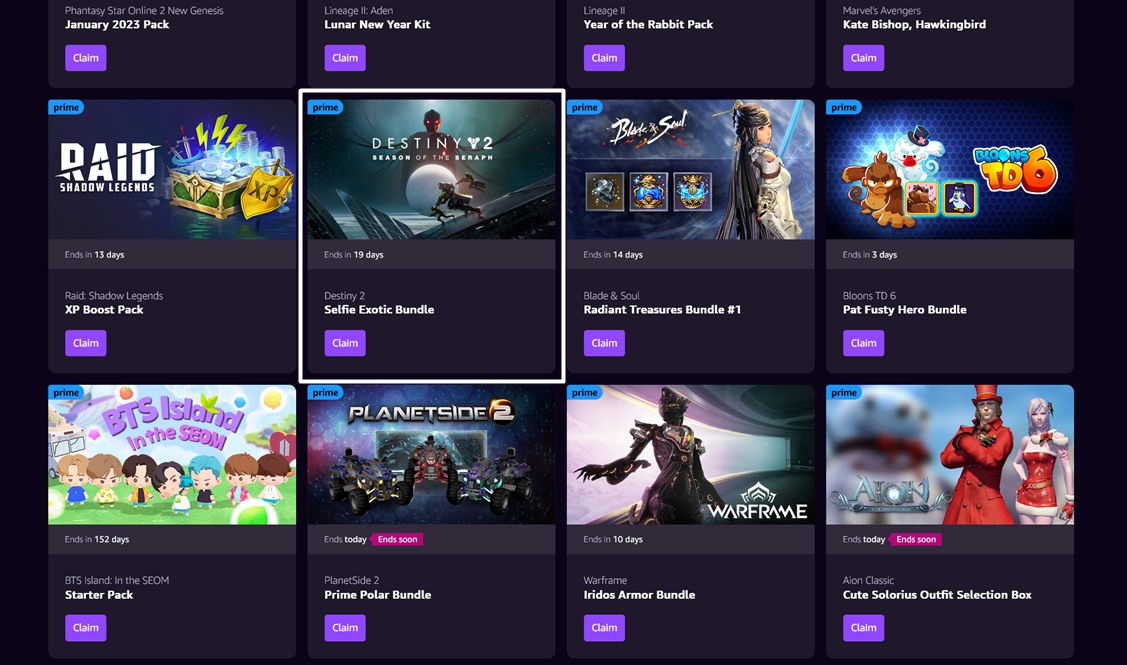 Now, let’s say you do have a prime gaming membership. The next thing you’ll want to know is how you could claim these rewards, so here’s how you could do the same:

Now, to claim the items in-game, you’ll have to look for an NPC named Amanda Holliday (The shipwright for Vanguard). This particular NPC can be found in the Hangar on the tower. Once you’ve located the NPC, you’ll be able to claim your rewards from it directly.

The membership rewards for the season of Seraph are four items, which are as follows:

The season of Seraph will end by the 28th of February 2023, which means that the rewards will reset, and you won’t be able to claim these, so if you’re looking to own those items, we suggest you claim them as soon as possible!

That’s everything we had regarding the Twitch Prime rewards in Destiny 2.