Ant Dune Buggy Saints Row – Saints Row is out, and it has received a mixture of good and bad reviews but nevertheless we are having a lot of fun in the game. To add more to that fun, we have also managed to unlock the Ant Dune Buggy which is said to be a dream car for Alien Hunters.

The game is set in a fictional city of Santo Ileso located in southwest America and is based on the city of Las Vegas, run by three criminal gangs. The protagonist is an ex-gang member from one of those three groups of criminals with the motive to take back the control of the city from those three gangs by forming his very own group. The driving and the shooting experience has primarily been improved along with a new set of character creation options which would include gender selection as well.

Since the game is an Open world, you won’t be able to enjoy traveling long distances without a good vehicle or car in this instance. The game features a variety of terrain, so you would need a car that is not only fast but can help you go off-road as well. The specific one we are talking about is the Ant dune buggy. You will be able to find it near the Southeast Desert. You have to collect the different parts of the buggy and put them together to craft the Ant Dune Buggy car.

So this article will guide you on how to get Ant Dune Buggy in Saints Row Game.

How to get Ant Dune Buggy in Saints Row 2022

These are three points from where you will be able to collect the parts to build the Ant Dune Buggy. 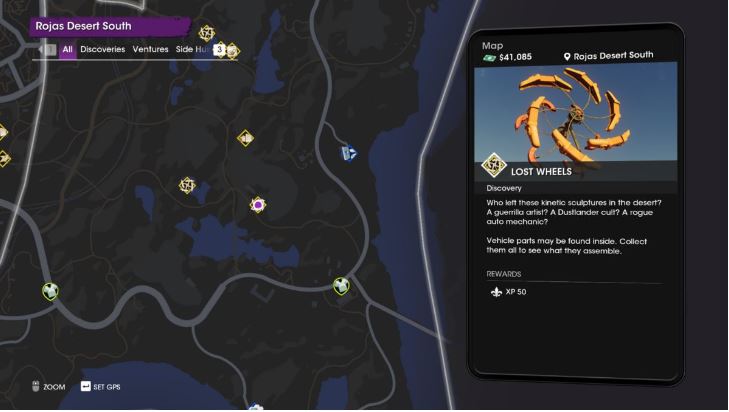 The first Lost Wheels Discovery Point location is near the Ringers Clothing Store which is located in the Northwest. Lookout for an old metal building that has a crane in the front. You will be able to find the lost wheels discovery on the crane itself. Once you discover the first point, you will be eligible to unlock the Roll Cage.

Head down the hill and come near a small lake where you will find some of the NPCs resting and camping. Go around the lake, and you will be able to find the Lost Wheels Discovery location. Once you get to that location the Dune Buggy Tires will be unlocked for you. 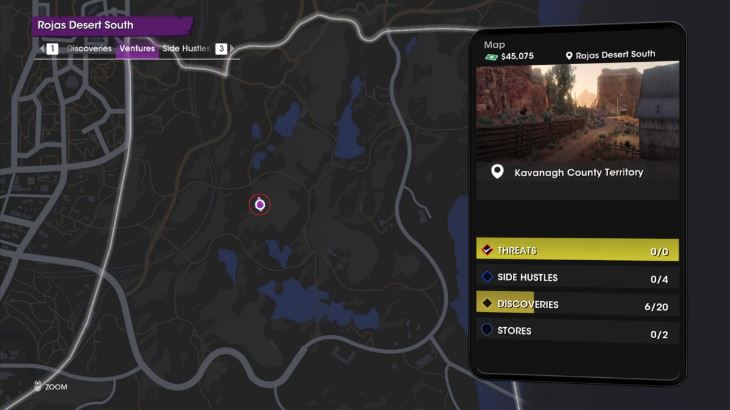 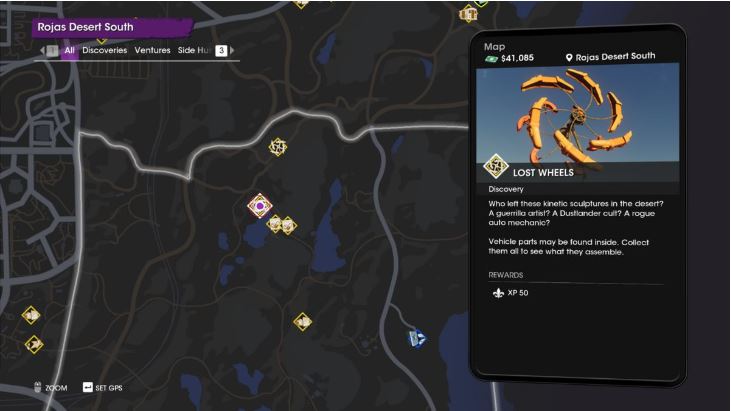 For the fourth wheel, you will first have to head to the north again. You will be able to find it on a big rock. But you won’t be able to climb it without a helicopter or a wingsuit. To access it first you have to the nearest mountain and get to the point where you can see the mining facility and jump off. Make sure you have your Wingsuit equipped and once you fly over it you will be able to unlock the engine. 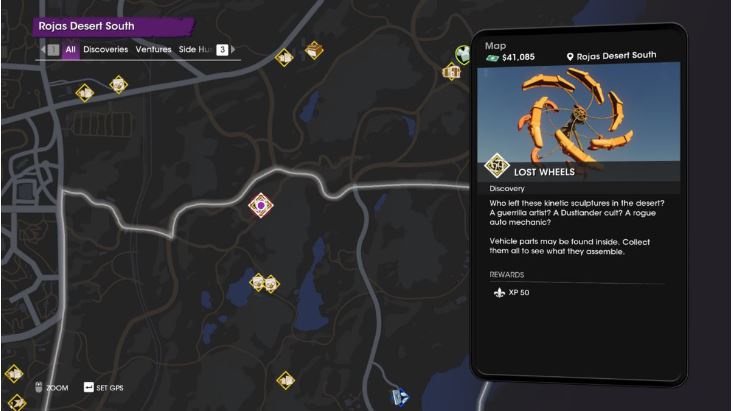 Once you have acquired all the parts you will be able to get the Dune Buggy ready to drive in your garage at your resident apartment.

So this was all about how to get Ant Dune Buggy in Saints Row.