Riders Republic crashing and won’t launch – This guide will show you how to fix crashes and startup related issues in the PC version of Riders Republic. These problems are really common with Ubisoft titles. So, don’t worry.

Riders Republic is Crashing for some users, and Won’t Launch for some, on PC

One of the most ambitious projects of Ubisoft, Riders Republic, is finally available for people from all over the world to try. The game was announced in 2020, during Ubisoft Forward, and it has managed to create some decent amount of hype since then.

Before the final launch, Ubisoft did release a handful of free-for-all betas. Which allowed players to know what Riders Republic is all about. I played the game a lot during the betas, and I am personally a fan of this game.

Riders Republic is a “massively multiplayer sports game”, where more than 50 players can compete against each other in races, that involve biking, skiing, snowboarding, wingsuit flying, and rocket wingsuiting. You get to play in a completely open world environment. And the best part, this game allows you to switch sport gear on-the-fly. You could be literally be biking at one moment, and snowboarding in the other. If you ask me, this is the most fun I have had in a game this year. And I don’t even like sports games.

But as always, AAA titles get shipped with a ton of issues nowadays. Especially the ones that are always-online. Riders Republic has plenty of these issues. Let’s just say, the game is awesome, but it is not the most optimized game I have seen.

I have only been a while, and I can already see people complaining about crashing and launch related issues on the Ubisoft forums. That is why, I decided to list some fixes that would help use troubleshoot those technical errors. 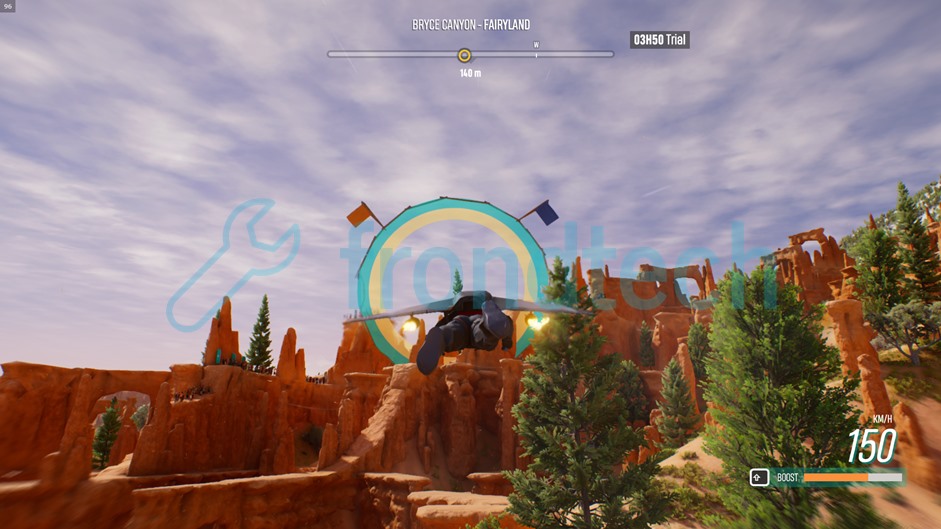 Windows 10 and DirectX 12 are mandatory to launch Riders Republic

Riders Republic is one of those games that does not have support for DX11. You need to have DirectX 12 in order to start this game. Also, if you are on Windows 7 or 8.1, then there is no point reading this article. In order to check the DirectX version on your system:

If you are still sitting with Windows 7 on your PC, then I would highly recommend that you upgrade to Windows 10 64-bit. I am using the latest build of Windows 10(Version 20H2, Build 19042.1288), and I haven’t had any issues launching the game on any of my three PCs.

If had taken part in the beta testing of Riders Republic, then I would recommend that you uninstall that first. Then go for the download and installation of the full version.

Basically, a lot of users are experiencing crashes in Riders Republic because the different files of the different versions are conflicting with each other. 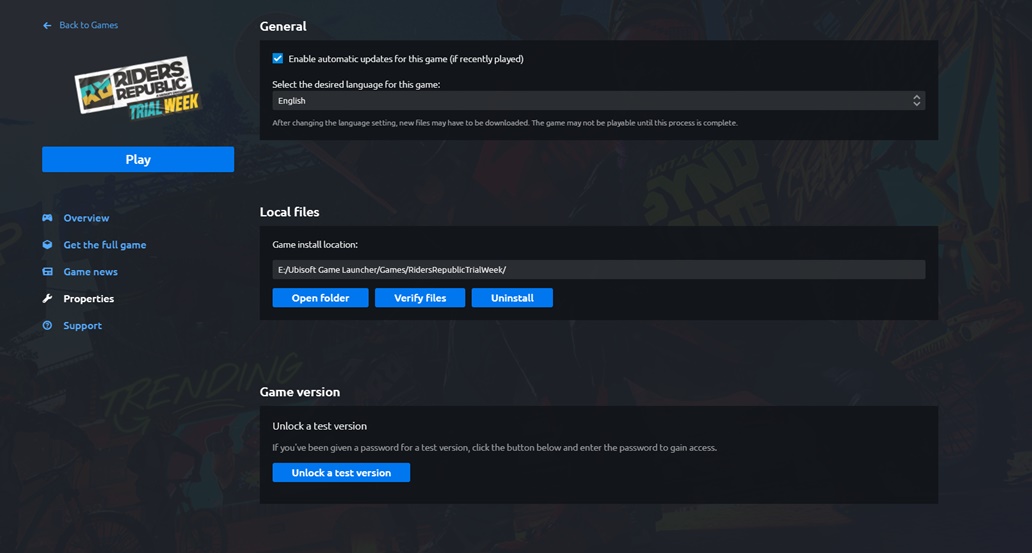 I was facing crashes myself due to this. Fortunately, I managed to solve that by deleting the “options.ini” file in folder %Documents%\My Games\Riders Republic\Default.

After deleting, tried opening the game again, and it worked. Maybe some rule has changed since beta, and when the game tries to read this file, it crashes. This method has been confirmed to be working by many users, actually. 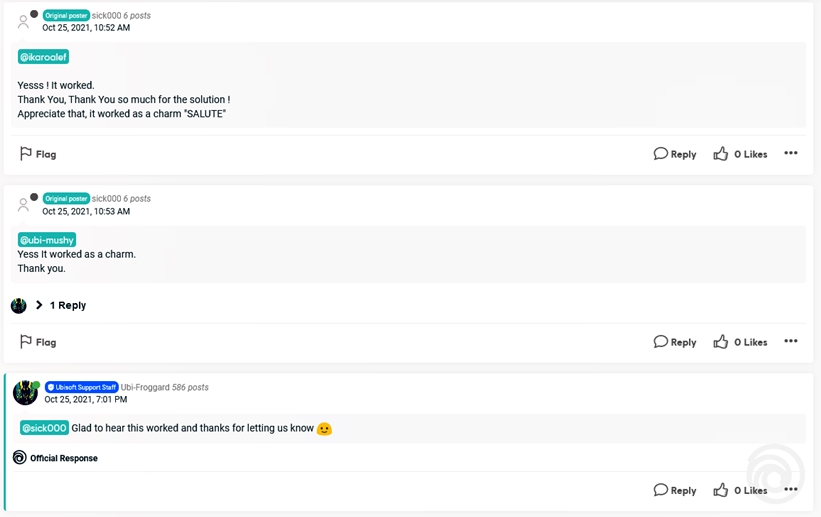 Nvidia has already released a Game Ready Driver for Riders Republic. The version is 496.49. You can download it from this link or directly via GeForce Experience. Here are the release notes:

In addition, this new Game Ready Driver offers support for the latest new titles and updates, including Riders Republic.

Doing this would also fix any DirectX or Direct3D errors in Riders Republic.

AMD has also released a driver optimized for Riders Republic. The version is called Adrenalin 21.10.3 Optional. You can download it from this link, or via AMD Auto-Detect. Here are the release notes:

Just head over to the installation folder of Riders republic. Right-click on RidersRepublic.exe and select Properties. Now click on the Compatibility and check the box beside “Run this program as an administrator”. Start the game directly by double-clicking on the .exe file, instead of launching it via Ubisoft Connect or Epic Games Launcher.

Verify and repair the in-game files of Riders Republic

If your system has a missing or corrupted file, that is required to run Riders Republic properly, then the game will keep on crashing. This is where the file verification method come into play. Here is how to do it on Ubisoft Connect (previously known as Uplay):

And, here is how to verify Riders Republic on Epic Games Launcher:

Your Anti-virus program might be quarantining the .exe file of Riders Republic

Check whether your Anti-virus software is blocking Riders Republic or not. This has happened to Far Cry 6 as well. The RidersRepublic.exe file may be getting silently quarantined by some antivirus software, preventing the game from launching. Therefore, you may need to disable Real-Time Scanning function or Real-Time Protection function of your Anti-virus to play. If you do not want to completely disable the software, then you will have to add RidersRepublic.exe to the Exceptions list of your AV Software.

If you don’t have a third-party Anti-virus software on your system, and using Windows Defender instead. Let me know in the comment section below, and I will list the steps to add Riders Republic on the exceptions list of Windows Defender

And finally, if none of the fixes mentioned above work for you, then there is no other choice but to re-install the game completely. We are still testing the game. More fixes on the way!

If the problem you are facing is a serious one, then go here and submit a case to the Ubisoft support. And don’t forget to check out the Ubisoft Forum for Riders Republic.

If you think this guide has helped you, then let us know in the comment section below. Also, if you are facing other problems with the game, then try checking out our other guides on Riders Republic. Who knows, you might end up finding a fix.