COD Vanguard lag – This guide will help you fix some of the connection related issues in Call of Duty Vanguard. Some methods are recommended by the members of the community, and some have been personally tested by us.

I have read some posts on Reddit, and surprisingly most of them are positive. In fact, I personally think that Sledgehammer Games have done an excellent job. After playing the beta, I was extremely disappointed, and had no hope for this title. But the final launch changed my view. I am already 4 hours into the game, and I am ready to grind some more.

The gameplay is great, the weapons are great, the maps are great. Apart from small technical errors and issues, I don’t have much to complain about. I mean, take a look at this Reddit post:

I was not expecting vanguard to be good

This has to be one of the best call of duty multiplayers in a very long time. The maps are are laid out and designed for awesome flow. The movement mechanics are smooth. They actually have enough server room to have nice server speeds. MVP in the end of the game is genius. Props to Call of Duty to listening to the community and paying attention to detail.

I am not denying that Vanguard is a really awesome title. But, I also cannot overlook the fact that it has the same old “COD problems”. There are plenty of performance issues in the game, and these issues have been consistently present in the COD games, released in the last few years.

There are these common issues, like lag, that a lot of users are talking about on the Forums. And, it is very hard to specifically figure out what is causing these issues, as some people are getting it, while some aren’t. Anyway, there are some fixes that you can try. 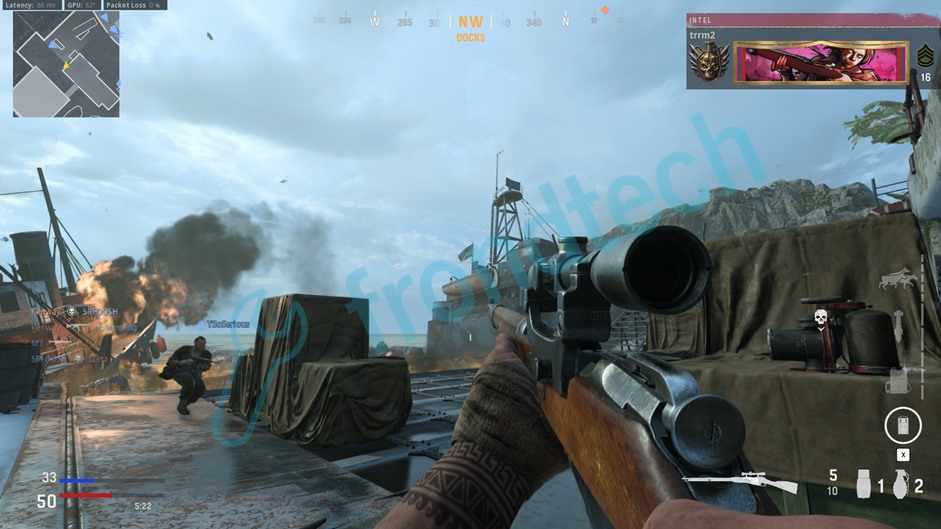 How to fix the Lag in COD Vanguard

Now, when I say ‘Lag’, I am talking about connection lag, and not fps lag. There are several factors, that can reduce your performance in online titles. Often collectively described as lag, these factors can lead to a host of in-game performance issues, including:

If you are facing lag and Packet Loss issues after the latest Shipment 24×7 update, then let me tell you, the issue is not with your connection. The Activision servers are currently unstable. Wait for a day or two, and they will be back to normal.

So, how do fix the lag that you are getting in Vanguard? Well, it is impossible for me to tell what is the reason behind the issue for each one of you. But there are some common stuff you can try to deal with the lag:

One thing you have to keep in mind that Call of Duty Vanguard came out just a while ago. The game is brand new, so everybody is rushing to play it right now. The servers are at load most of the time. And connection issues like lag or disconnections are quite common during situations like these. Give it some time. You will get your share of good experience soon.