HUENEME CONCORD MW2 – Battle Royale games aren’t really known for their stability. There’ll always be some kind of a bug that might ruin the experience for you. With every update, the developer rolls out, there’s even more of a chance for the game to face some more stability issues or bugs. Call of Duty’s Modern Warfare 2 isn’t really new to the “bugs, every now and then” scene, let’s say.

Players seem to be having trouble getting into the lobby, to even play the game, due to a recent update. The game starts up, gets onto the loading screen, and after a while, it displays a message that says, “Networking is offline Reason: (HUENEME-CONCORD).” No matter how many times you try to reconnect, it’ll keep coming back over and over. If you’re looking for a quick fix to the same bug, you’ve come to the right place! In this article by Frondtech, we’ll guide you on how you could fix the Networking is offline/ Hueneme Concord bug in COD Modern Warfare 2. [NOTE: This fix works only for PC players! (Steam)]

How to Fix Hueneme Concord Error in Modern Warfare 2 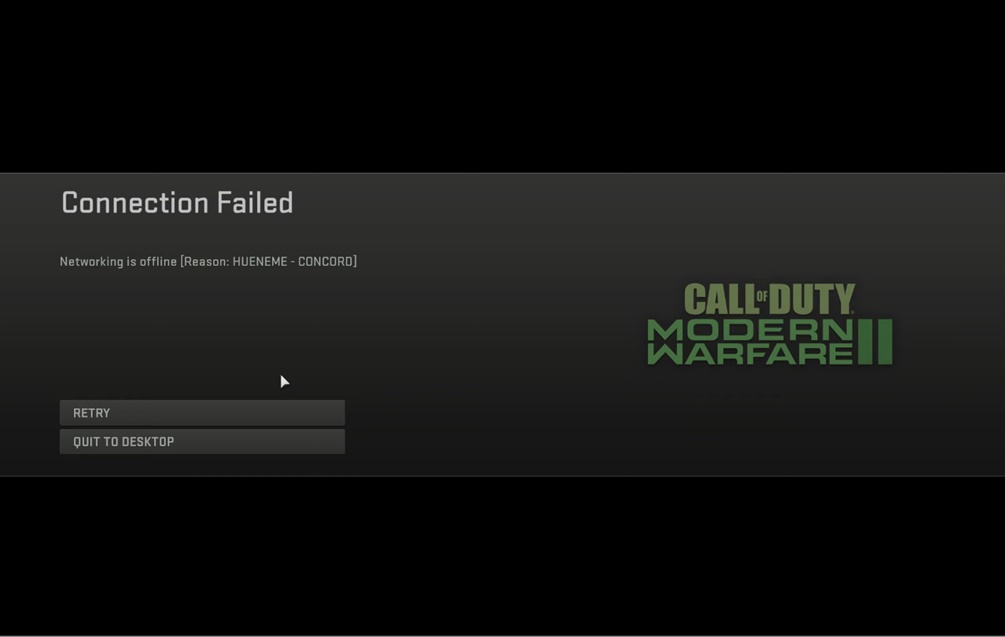 Upon receiving the message from the game, the first thing you should do is quit the game. Next, what you’ll be required to do, is to verify the integrity of the existing game files. To do the same, just follow the steps we’ve provided below!

Steam will now automatically check the game files for any issues, and if there are any missing files, they shall be downloaded once again, which’ll fix the bug!

Just in case the same doesn’t work, there are still a couple of things you might try. For instance, try restarting your internet router. Another thing you could do is to try launching the game with a VPN connection. Finally, if all of the above fixes do not work, reinstalling the game could be a viable option!

That’s how easy it is! We hope the guide was helpful to you, and if it was, let us know by commenting down below!

If you think this guide has helped, then let us know in the comment section below. And for more Modern Warfare 2 guides, keep an eye on Frondtech.