The game was also released on the PS4 console over three years ago, and the graphics and the gameplay mechanics were nowhere near compared to the Remastered versions we are playing now.

The PC version of Spider-Man Remastered has been published by PlayStation PC LLC, which is the same studio responsible for bringing all our favorite PlayStation exclusives such as Days Gone, God of War, and a lot more exclusive PlayStation Titles on the PC.

Although the game is well polished, some bugs can ruin your experience and disrupt the progress you have made. This usually happens when you are swinging fast or performing web zipping on a moving vehicle, especially during chases.

Sometimes, you might get trapped in the building or car during the animation. This is one of the most frustrating bugs players face because if you are in a mission, you have to restart it back from the checkpoint, and make you lose all the progress you have made. Sometimes the glitches are so bad that you might need to restart your system.

What is the Empire State Mission bug in Spider-Man PC

The Empire State bug typically happens when you are in the story mode, and you will be tasked with capturing the photograph of a landmark called the Empire State Building.

You must climb on a higher building to get a clear picture of the Empire State Building. But when climbing the building, the bug triggers and causes the player to get stuck inside the building.

You will be stuck with the diving animation, unable to move anywhere. This issue was frustrating for us when we faced it, so this article will guide you on how to fix the Empire State Mission bug in Spider-Man PC. 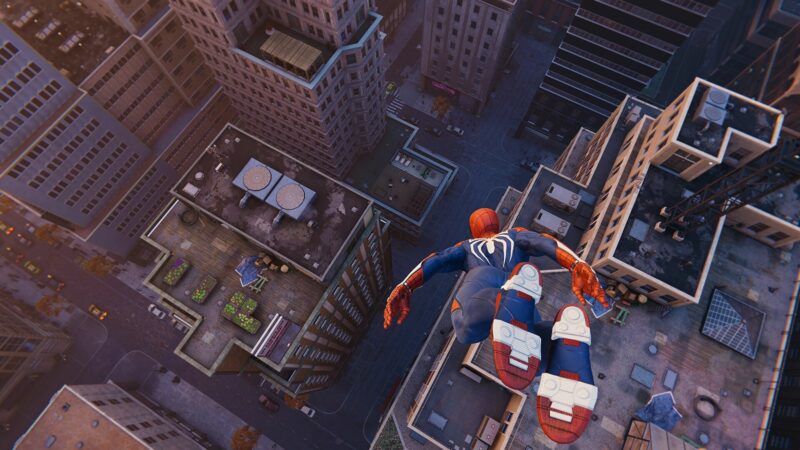 You can try out a few things if you get stuck inside the Empire State Building.

Manually load at the last Checkpoint.

The game is saved automatically on certain checkpoints in the game, so to get out of that stuck building, you can reload the last checkpoint.

Fast Travel to a Different Location

You can fast travel to any location to get out of this glitch. Just open the map and fast travel to the nearest site so you can come back and try getting the picture of the Empire State Building again.

Return to the Main Menu

If none of the above tactics works, returning to the main menu is the last resort. But as said, you will lose progress if you have not reached any checkpoints.

In all three of these cases, you will lose out on the current progress you have made before getting stuck into the building. This glitch is something that the developers need to notice and fix it as soon as possible because it is a common bug on all open-world AAA titles.

So this was all about how to fix the Empire State Mission Bug in Spider-Man Remastered.