Misdreavus Location Pokemon Scarlet Violet – One of the oldest Ghost Pokemon pairs appears in Scarlet and Violet. Although they are the toughest to find, we have got you covered.

Pokemon Scarlet and Violet is an all-new game released on November 18th, 2022. The game was developed by Gamefreak and published by Nintendo.

This is a Nintendo Switch Game and features an Open World map where you will have to explore the map and catch and train Pokemons.

These Pokemons can be taken to battle your rivals and earn new in-game rewards, points, and even new Pokemons so you can fill up your Pokedex.

Apart from all the newer pokemon that you will find in the Paldea Region, there are some Pokemons that you will be able to see that lived and existed even before the events of the Pokemon occurred.

One such Pokemons is a pair of creatures called the Misdreavus and its evolved state Mismagius. These are new pokemon that you will be able to come across in Scarlet and Violet but finding them can be challenging. If you are keen to fill up your Pokedex or want to catch some Ghost Pokemons, then the Misdrevus and Masmagius should be on top of your priority lists.

So this article will guide you on how to find Misdrevus and Mismagius in Pokemon Scarlet and Violet.

How to find Misdreavus and Mismagius in Scarlet and Violet 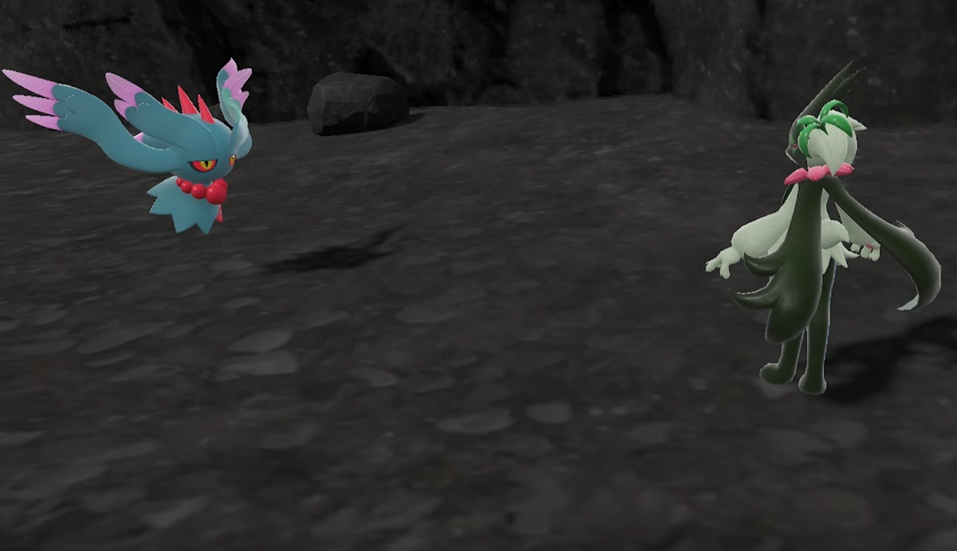 You will be able to find Misdreavus and Mismagius if you are on the Violet. If you are on the Scarlet side, you will have to ask someone to get it for you so you can trade it with him.

You will be able to find the Misdreaveus Pokemon in specific areas of the map, while its evolved form, Mismagius, is also out there in these similar areas. When you find one, you can also use your Dust Stone quickly to evolve a Misdreavus into a Mismagius.

To get Dust Stones, you must go behind the Pokemon Gym Center in the Montenevera region.

Remember that finding Misdreavus and Mismagius is something you will hunt for in the later stages of the game because as the story progresses, by the time you reach the Montenevera region, you should be around level 35-40.

You will also be able to get these Dust Stones near the final area called the Zero Gate. Also, if you are lucky enough, you can acquire some from Porto Marinada during the vendor’s auctions.

You can spot the Misdreavus Pokemon only at night because it is a Ghost Pokemon. Remember to look for them near the Lakes and mountains within the following region.

The Mismagius, on the other, is also a Ghost Pokemon found inside the following provinces

The Mismagius is an evolved form of the Misdreavus. The latter appeared during Generation II in Silver and Gold. At the same time, the Mismagius was introduced in the Diamond and the Pearl stages of the game.

Please remember that the Mismagius is not one of the higher tier Pokemons, although being the Ghost Type. But it features a great set of skills, including high speeds, special attacks, and its Levitate ability, which is the best among the three.

This ability is excellent as it allows you to switch in when it senses a deadly move to be deployed by the opponent, for example, the Earthquake Move. Apart from the defensive skills, it has excellent offensive skills and can be deadly if used skillfully.

So this was all about how to find Misdreavus and Mismagius in Scarlet and Violet.