The Laser Shogun enemy is an armored floating head with a protective mask that is held together by two yellow/greenish demonic hands. These types of enemies have a protective shield, so they can withstand all the attacks if you don’t have an idea on how to approach them. Their ultimate laser counterattack is deadly and can suck up a lot of your health if it comes in contact with you. So this article will guide you on how to fight and kill the Laser Shogun in Shadow Warrior 3 game. 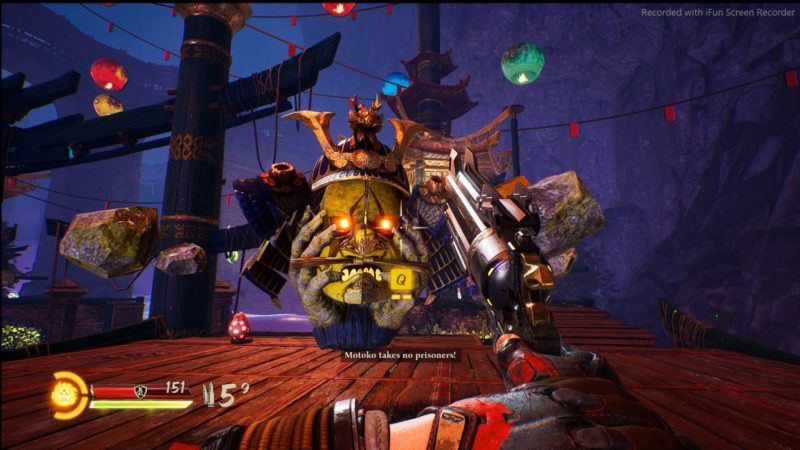 How to kill the Laser Shogun in Shadow Warrior 3

The Laser Shogun won’t take any damage until and unless you start shooting at its exposed yellow crystalline core. The core is exposed only for a short period, and longer if you use your Chi Blast ability by pressing the C Button.

These Laser Shogun enemies are weak when their core is exposed and doesn’t take a lot of hits to kill them. But it can be a bit of a challenge when you are surrounded by other enemies.

The most effective weapon to damage the exposed core is the Riot Gun. Also, if you have two finisher points, you can perform the finisher to execute the Laser Shogun.

The Laser Shogun drops the Disco Grenade, which when thrown stuns and staggers the enemies in its proximity while giving continuous damage to the enemy. You can use other Gore weapons against the Laser Shogun if you happen to get one in the arena. 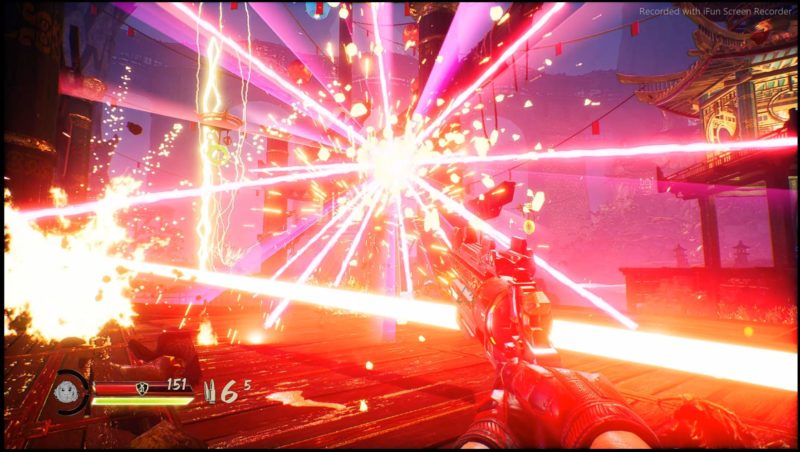 These are some of the quick tips that you need to keep in mind when fighting with this Yokai.

So this is how to eliminate the Laser Shogun in Shadow Warrior 3.