Ramattra Counter – Ramattra, the newest hero to join the Overwatch 2 roster in Season 2, is a dominating tank with well-balanced close-quarters brawling skills and the ability to poke opponents and defend allies from a distance. This ominous 36th hero is equally adept at harming as he is at taking it.

But with the right counters, even the deadliest enemies fall! In this Frondtech article, let’s go over how to combat and defeat Ramattra with relative ease.

To counter an opponent, you must first be aware of their capabilities. Here is a review of Ramattra’s abilities:

How to Counter Ramattra in Overwatch 2 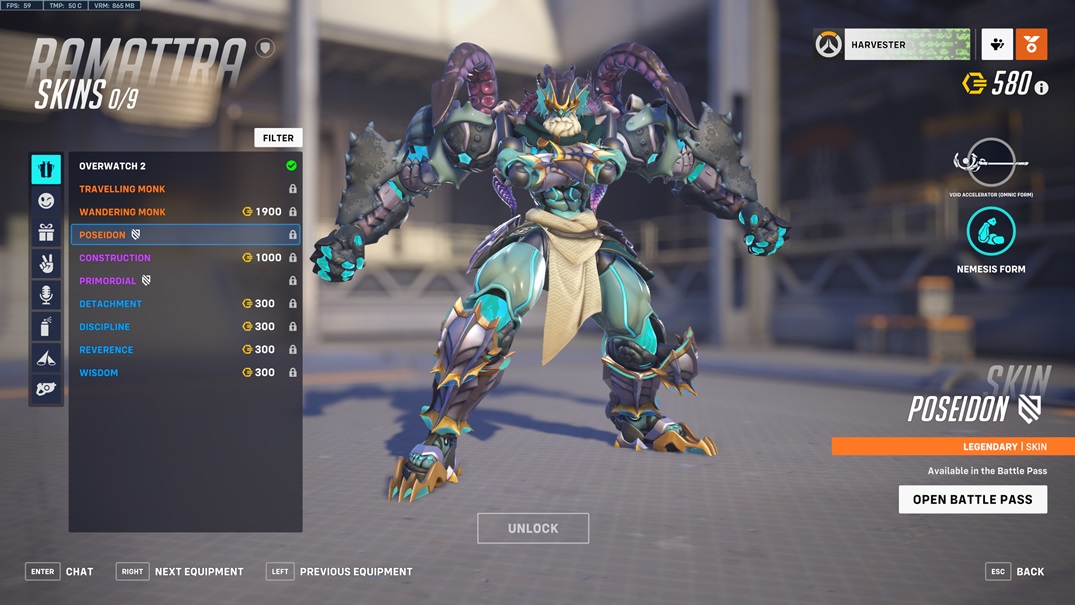 Here are our Top Two picks from each role to counter Ramattra with:

ROADHOG: Roadhog is still the most self-sustaining Tank in the game and is a dangerous opponent for Ramattra. Having a large hitbox means Roadhog can consistently land his chain hook onto the enemy Ramattra, yank him close and follow up with his high-damage combo. Since his ‘Block’ ability only reduces damage received and does not make him immune to crowd control, Roadhog can still hook him in this stance. You can also opt to ignore the Tank and instead focus on his support and DPS friends.

ORISA: Orisa is a tank that excels at crowd control and keeping opponents away from her teammates with relative ease. She can keep doing constant poke damage with her ‘Augmented Fusion Driver’ primary weapon and keep the opponent Ramattra at bay with her ‘Energy Javelin’ and ‘Javelin Spin’ abilities. Her ‘Fortify’ ability also negates the effect of Ramattra’s ‘Ravenous Vortex’ snare ability.

PHARAH: If the opposing team has a Ramattra and no hitscan type Damage heroes, Pharah is an excellent choice. Although Ramattra’s ‘Ravenous Vortex’ ability draws aerial enemies to the ground, its vertical range is limited. You’ll be fine as long as you keep a safe distance in the air. Furthermore, since Ramattra’s ‘Void Barrier’ can only be erected on the ground facing forward, his teammates are still exposed to your rockets and ‘Barrage’ ultimate. Go on! Let justice rain from above!

BASTION: Thanks to recent buffs, Bastion is much better than he was in Season 1. He possesses the firepower to burn through Ramattra’s ‘Block’ and deplete his HP even while his supports are healing him. Having a Zenyatta on your side to utilize his ‘Orbs of Discord’ and ‘Orbs of Destruction’ on the opponent Ramattra while you dish out heavy DPS from a distance is an excellent strategy for dealing with the menacing Tank hero.

ANA: In his Nemesis form, Ramattra possesses one of the game’s broadest hitboxes, making it quite easy for Ana to land her ‘Biotic Grenade’ and ‘Sleep Dart’ abilities on him. Ramattra is so reliant on his healers for survival that denying him this healing is a definite way to knock him down swiftly. There’s also simply nothing more rewarding than landing a Sleep Dart on an ulting Ramattra since it allows your allies to move out of his Annihilation range quickly.

ZENYATTA: Zenyatta’s ‘Orb of Discord’ is number one on the list of things that Ramattra doesn’t want to have on him actively. Since this ability increases all damage dealt to the target by 25%, it negates Ramattra’s tankiness and makes him a far less dangerous target for his adversaries.