Doomfist counter Overwatch 2 – Among the three types of heroes in Overwatch 2, namely the Tank, the support, and the Damage-type (DPS), Doomfist is a Tank-type hero.

In Overwatch 2’s first season, Doomfist wasn’t a very popular pick for Tank players. They’d prefer to go with Zarya as the abilities to offer were much more, and Zarya was essentially Overpowered.

Following up with the balancing of Heroes that has taken place recently in Overwatch 2, the tables seem to have turned as players are preferring Doomfist more and more.

Certain changes have been made in order to balance the Tank-type hero including longer stun duration with lower cooldown timer on the same paired with the ability to stay in battles for much longer now by quickly disrupting the enemy backline has caused a lot of players to rethink their strategies.

In this article by Frondtech, we’ll be guiding you with how you can Counter the Tank-type Hero, Doomfist in Overwatch 2. Here it is:

How to Counter Doomfist in Overwatch 2 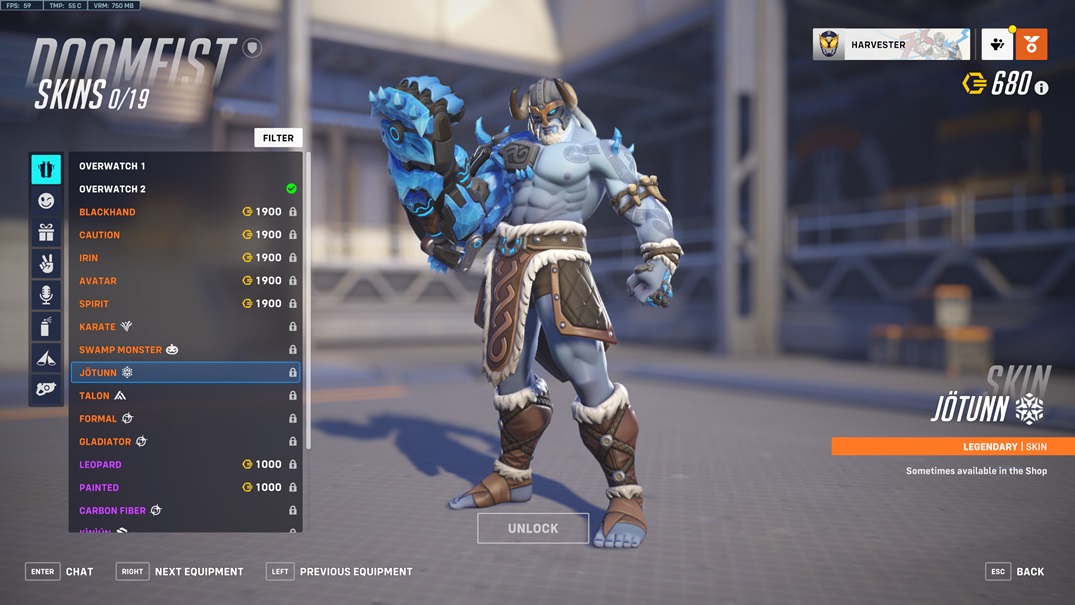 Doomfist has remarkable movement being a tank, but with that ability comes a drawback that technically every Tank-hero has. Doomfist has a huge hitbox, which makes him vulnerable to being shot at more than any other type of hero. This opens up an opportunity for attacks that are inaccurate but high-damage or game changing.

Here’s the list of heroes that you could use if you’re looking to counter Doomfist:

Sombra is one of the biggest counters of Doomfist in Overwatch 2. Not only her ‘Stealth’ ability keeps her protected from being dived by Doomfists, but her Translocator ability can help her escape immediately, as soon as she gets dived by Doomfist. On top of that, her “Hack” ability can render a Doomfist completely useless, and prevent the tank from escaping by disabling all his movement abilities.

This is how I play with Sombra. I try to stay invisible and play close to my Support. As soon as I see a Doomfist land on top of my healers, I process to hack him immediately. 8 out of 10 times, that Doomfist gets eliminated, after being focused by all of us. A Bastion can really help in this situation.

Reaper is a DPS-type hero in Overwatch 2 and is quite known for the fact that the damage output is insanely good. Paired up with good close-range combats with Doomfist would allow him to deal a good chunk of damage to Doomfist.

Additionally, Reaper has 250 points of health which is more than a lot of other DPS heroes, making him the perfect pick in case there’s a faceoff.

After the recent god-like buffs to Ana, she is also one of the biggest counters of Doomfist. With the sleep-dart ability, she can use the same on Doomfist, which’ll make it easier for the whole team to take him down within seconds if used correctly.

Here is what you need to do when you see a Doomfist coming at you. Use your Sleep Dart and put the Doomfist to sleep. Don’t shoot him. Instead, ping him to let everybody know that he is asleep. Now, throw your Biotic Grenade on him, and focus your shots on him. Your DPS needs to be a part of this.

As we mentioned, the huge hitbox could be problematic for Doomfist. Roadhog has the hook ability which could in turn pull the Hero close to him, pair that up with some other heroes high-damage ability and you’ll essentially get a free Tank-elimination.

Without a tank, the opposing team won’t be able to stand for much longer, as the damage would be too much for them to sustain. Whenever you hear the punch-charge by Doom, just save and use the Hook. This’ll not only save your teammates but provide an open window for you to take Doomfist down.

Pharah has some considerably good movement abilities, which’ll make it tougher for Doomfist to land his shots and punches. Another thing to note is that Doomfirst can’t really protect his teammates like other heroes who carry a shield. This makes Pharah a perfect pick as the hero doesn’t just portray a risk to Doomfist, but the whole team.

By far, Lucio has proven to be the perfect counter to Doomfist, this is because a Lucio player who knows what he’s doing would be extremely hard to kill. He can counter Doomfist by pushing him when he’s charging up his Punch or just speed-boost his team to safety.