V Rising is a fantastic survival game in which you play as a vampire with the primary purpose of succeeding and building your ideal castle. In this game, progression involves defeating all the bosses in order to become the strongest vampire in the game; if you become the strongest, your title will change to Dracula!

You could make a human into your servant in V rising, yes, this is possible. This basically works on the Dominant power your vampire has in V rising, you could use the same to charm them and lure them into becoming your servant. The grunt work is hefty, although it’s worthwhile, because these Servants may then be deployed on hunts and raids at particular areas across the map, with you commanding and directing them from your Castle Throne.

How to Convert a Human into Servant in V Rising

To make a human into your Servant, you’ll have to do some chores, step by step explained below:

After getting to the second level of the Castle Heart and following the natural progression route provided by the missions, players can construct Servant Coffins in their castle. You’ll be able to create more coffins as you level up your Castle Heart (you’re restricted to only being able to build 5 at the start), and each one requires the following resources:

Kinda expensive if you ask me about it, but a decent investment as you have more to gain from this than to lose.

Choose the Type of Servant you want, according to the Purpose

Simply explained, you can have any servant do whatever you want them to, but this works on the theory of expertise. Some might be better at hunting and some might not, they’ll be able to perform the same but not as well as others. Their Blood Type (Warrior, Brute, Worker, etc.) and Faction are the two factors that determine what they’re good at (Bandit, Militia, etc.). Blood Types make certain locations easier, while their Faction enhances the number of resources they obtain from specific areas of the map. It also helps because the more “pure” their blood is (i.e., the higher the percentage), the better Servant they will be. 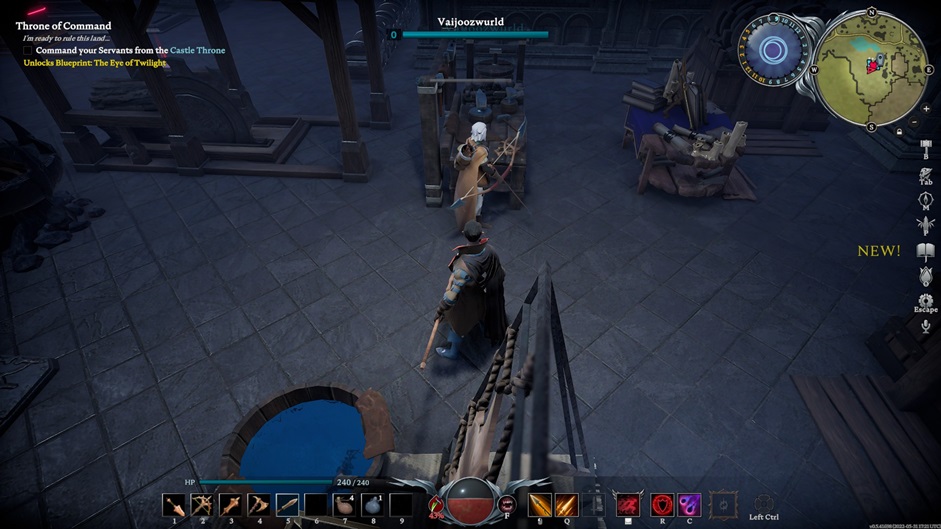 Lure or Charm the Human 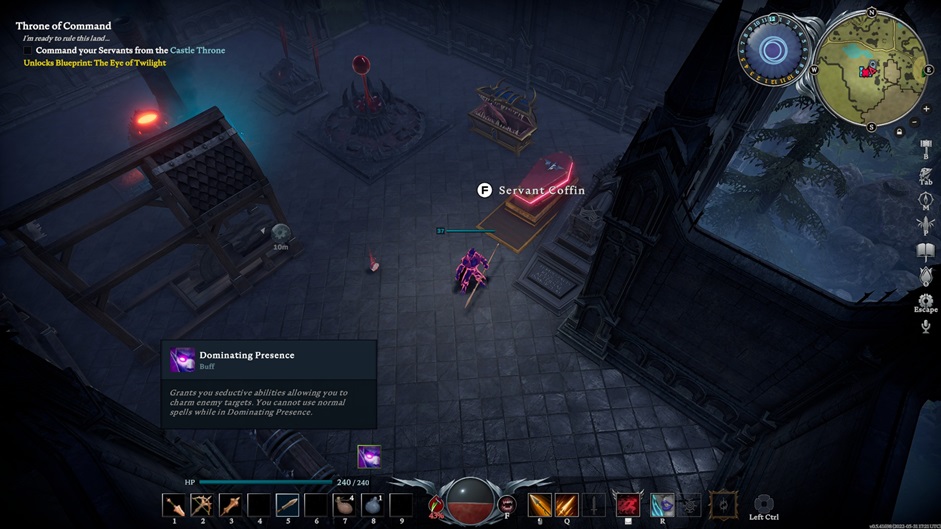 Use the CTRL wheel to select the new charm power when you see the human being you want to turn into a Servant. Then use regular assaults to bring the health of your target below 30% – but don’t eliminate them! Finally, employ Kiss of the Vampire by pressing “R” on your Keyboard, a ranged strike similar to your bite attack that holds you in place while you enchant them. Your human will be Charmed once it is completed, and they’ll be following you around.

Officially making the human, your servant and assigning chores

You’ll need to take your human back to the servant’s coffin you’ve crafted once you’ve charmed them. Upon interacting with the coffin along with the servant with you, you’ll be able to inspect their skills. If you like what they’re capable of, you could press the convert button, to make him your servant officially. Converting will cost you 100 V Rising Blood Essence as well as time – precisely, ninety minutes while your human is cooked in the Coffin and transformed into a Servant minion. Even with V Rising cheats, you cannot speed up this process, however, you can cancel it anytime.

You could use these servants as a defense for your castle too, once they’re done with the 90-minute process, you could go up to the coffin and interact or make them “rise”, at this point they won’t have a task or anything assigned to them, you’ll need a throne for that, but, you could access their inventory and give them stuff like weapons and armor for defense or attack purpose.

How to Command Servant in V Rising

After you’ve finished this and the quest, the next step in the progression route will need you to construct a Castle Throne using the following resources: 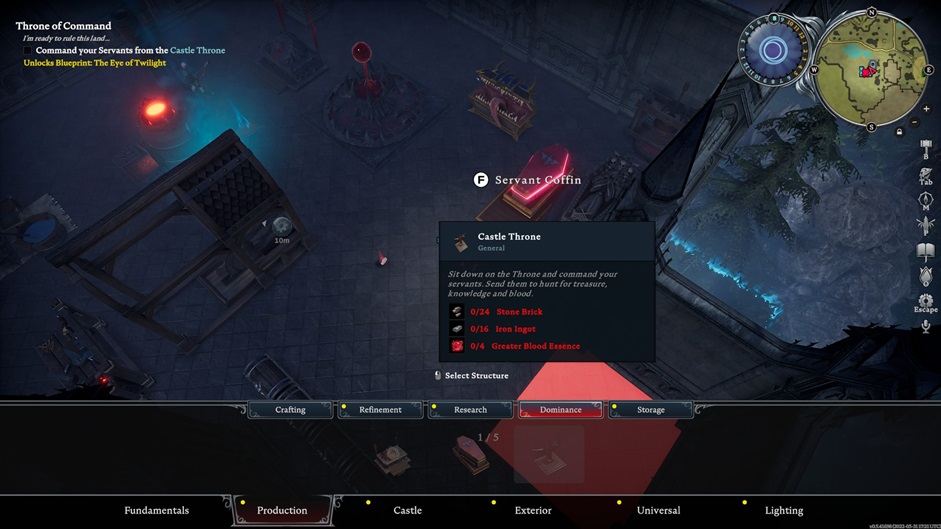 By creating the same, you could interact with the throne by pressing F, and then you can send them around the map for chores you need to be done.