Weapons in Genshin Impact are one of the most important aspects of the game. Actually it is the same case with most RPG titles. You have to pay a lot of attention to your weapons.

How to change weapons in Genshin Impact

How to change or switch weapons 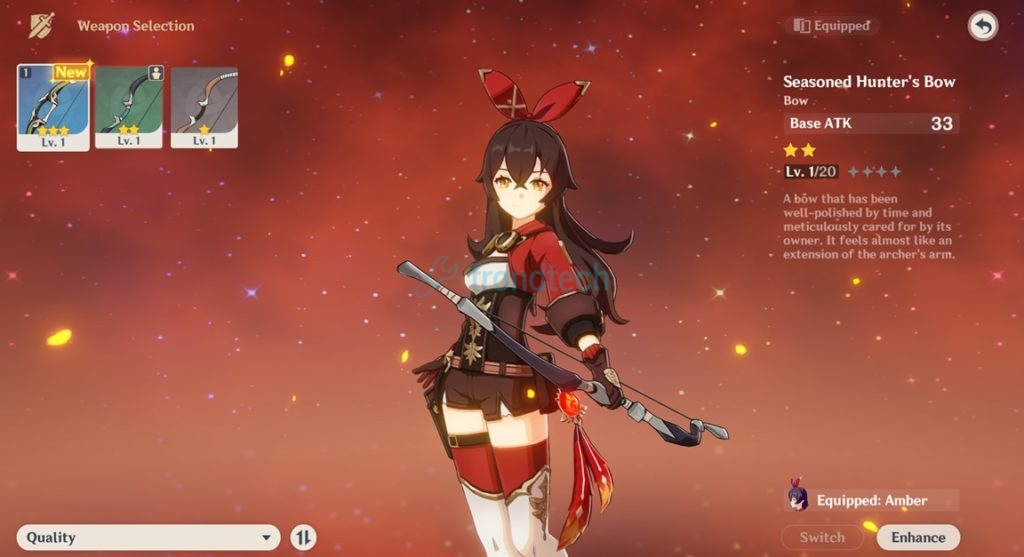 Where to find weapons

The weapons in Genshin Impact have a rarity ranging from 1-star to 5-stars. Weapons with higher rarity/stars have higher stats than weapons of lesser rarity. And they are more difficult to obtain as well.

You can find weapons from a lot of sources:

What are the different weapon types in Genshin Impact

As of now there are 5 different types of weapons in the game and they are completely different from each other. They are: