This remake treats you with its traditional command-based combat and real-time action with its new story arc that presents Yuffie Kisaragi. Once you’ve set foot in the timeless world of Final Fantasy, you may experience the fiery chaos while stealing the Ultimate Matera from Shinra Electric Power Company.

While discovering the Ultimate Matera, you should face your foes with your magical attacks and even change your lead characters to utilize strong moves to defeat your opponents. But, the main question is, How? Here, you can get the answer to How to Change Characters in FF7 Remake Intergrade.

How to Change Characters in FF7 Remake Intergrade

Final Fantasy has four main lead characters: Cloud, Tifa, Aerith, and Barret. You can change your character between these four.

Cloud is more powerful than others but acts slow and defeats your foes with its melee attacks. Tifa is the next character who smashes your foe’s head with its Melee attacks. Tifa’s are super agile compared to Cloud. So the combination of Cloud and Tifa pushes your opponent to the ground.

Barrett and Aerith have ranged attacks. If you’re going to defeat someone who is airborne or has magic elements, this team will help you defeat them. But Aerith is always the better healer, and Barrett is more powerful than you think.

Once you’ve entered the world of chaos, you might face the challenges of finding out the Ultimate Matera from Shinra Electric Power Company. At the time, if you don’t have enough skills to defeat your foes, you can change among the main characters in this action RPG game to utilize their unique talents to defeat your opponents. Likewise, on some occasions you need a particular combat style to defeat your enemies; at that time, you can change your character as per your wish to hit your opponents. 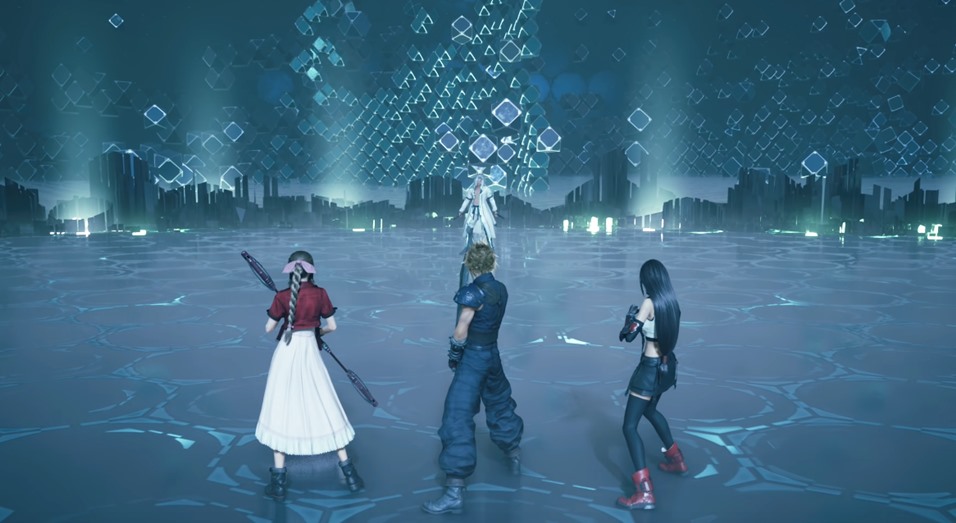 Remember that Cloud will be the default character for any starting match. Click the up or down control to change your characters on D-pad. While having a party with three characters, click the exact order of the secondly pressed button at your initial stage to change the third one. If you want to go back to Cloud, press it again or push it in the opposite direction.

In the Final Fantasy VII Remake Intergrade, changing characters always helps you to break your limits and harmonize your attacks. So these techniques are helpful in the early stage of your game.

If you think this guide has helped you, then let us know in the comment section below. And for more FF7 Remake guides, keep an eye on Frondtech. Good luck!