Forza Horizon 5 stuttering fps drops – This optimization guide will show you how to take care of performance-related issues like FPS Drops and Stuttering in Forza Horizon 5 PC.

The most awaited Racing Game of 2021 is finally here. Yes, I am talking about Forza Horizon 5. It is undoubtedly one of the best Racing Games I have ever laid my hands on. I normally don’t play Racing titles, and I am more of a COD and Apex kind of guy. But, just after playing the introduction part of FH5, I got hooked. And I can guarantee that even if you are not a fan of Racing Games, you would love this.

The game features hundreds of the world’s greatest cars. And the detailing, on every single car, is unlike anything I have seen before. This is nothing less than a visual marvel. Here is a small “word from the devs” about the game:

Forza Horizon 5 features our most diverse, adventurous, and social open world yet, inviting players to lead breathtaking expeditions across the vibrant and ever-evolving landscapes of Mexico with limitless, fun driving action in hundreds of the world’s greatest cars.

If you check out the ratings of FH5, it is raining 5s and 10s. IGN has already rated the game 10/10, calling it a ‘Masterpiece’. And I don’t think that is an exaggeration. This is probably one of the most ‘next-gen’ titles that is available for us to play, at the moment.

Forza 5 runs well for the most part. In fact, I was surprised to see the optimization. I was getting close to an average of 75 FPS, at maxed settings with Ray Tracing On, on my 3060 ti. You can check out the performance video if you want:

But, I have to agree, the game does come with some technical issues. And it doesn’t run that well on low-end GPUs, when compared to the medium or high-end GPUs. But, I don’t think I can blame the game here, considering how amazing the textures and visuals are.

I went through some Reddit posts, and it looks like some PC players are experiencing Stuttering and FPS Drops in the game. Take this post, for example:

Hi. I bought Forza Horizon 5 Premium Edition a few days ago. I have noticed some kind of stuttering in the game, especially when I drive fast. Don’t know if it is a coincidence, but I noticed it especially when I drove fast. Does anyone know to fix it, or reduce it significantly? It’s kinda frustrating to drive around when I’m stuttering all the time.

How to fix the FPS Drops and Stutters

Before we move any further, I would recommend that you check out the official System Requirements of Forza Horizon 5 first. Here are the recommended specs:

As you can see, the devs have recommended a whopping 8 GB of VRAM under ‘Recommended’. At first, I didn’t pay much attention to it. But if you check out the video given above, you will notice that the game is eating more than 7 GB of VRAM almost all the time. And it is only running on 1920×1080 resolution. Nowadays, a lot of people purchase games after seeing the minimum requirements. Let me tell you, the minimum requirements are there to tell you just about the minimum stuff you need to just run the game. They don’t guarantee you smooth gameplay.

Also, if you are facing fps drops and stutters during your initial drive, then this is what the devs have to say regarding that:

Players may experience stalls and large FPS drops during the Initial Drive (mostly on transitions from cut scenes to active game play. This will only affect machines where the players have insufficient RAM for their quality settings.

I saw this fix being recommended on my posts. And, every time, the user has confirmed that this works. This fix is for users who have a decent PC, but are still experiencing stuttering, whenever they are driving their cars fast.

Just cap or lock your in-game fps, using any third-party app. You can use your GPU control panel. Nvidia has this option. You can also use RTSS to do this. 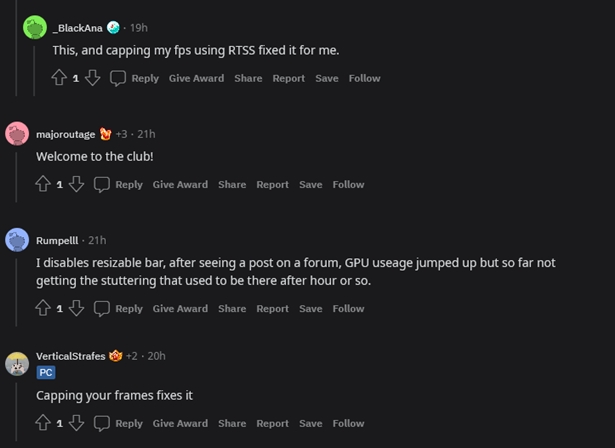 Set the priority of the Forza Horizon 5 process to high

This is another fix that has worked for many users. All you have to do is set the priority of the FH5 process to High. To do that:

You have to do this, every time you start the game

Tweak the video settings to squeeze out extra performance

A lot of users fixed the stuttering by just tweaking a few settings in the settings menu. I have already written a Guide on this, that will tell you what to enable, and what to disable. I have tested the game on a GTX 1650. So, you might find it useful. 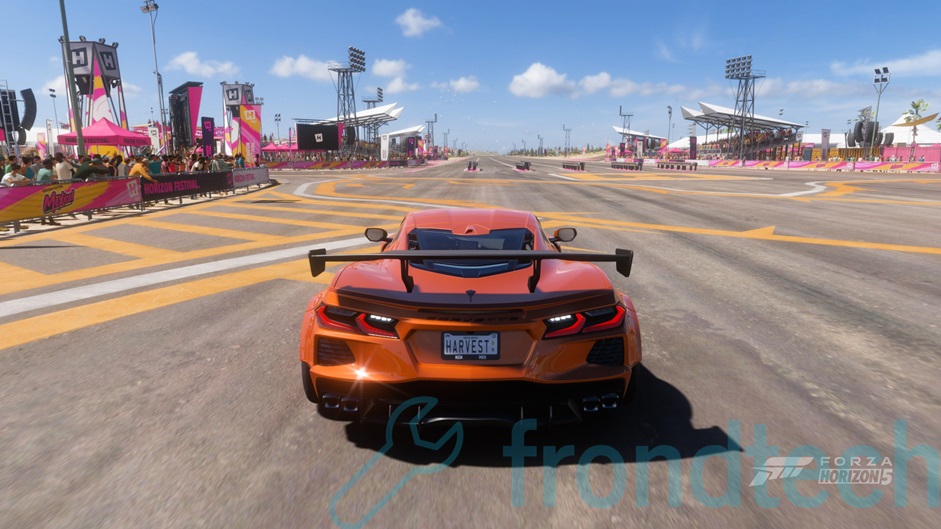 Configure your Nvidia Control Panel to focus on Performance

If you open your Nvidia Control Panel, and click on ‘Adjust image settings with preview’. You will notice 3 options there:

If none of the solutions mentioned above work for you, then you need to contact the support. Visit this link, to report your issue.