The game Forspoken has caught a lot of attention recently due to the long-awaited release of the game and the insanely good-looking visuals and mechanics of it. The game is all set to release very soon, and following the same, you can pre-order it to receive some rewards that could prove to be quite beneficial for you. Forspoken will be released for two platforms, the PlayStation 5 and Windows. Another thing to note is that the rewards for pre-ordering the game differ for both platforms. I have already played the demo, and made a video showcasing the spells. You can check it out:

In this article by Frondtech, we’ll guide you with all the Pre-order bonuses that Forspoken has to offer! Here they are: 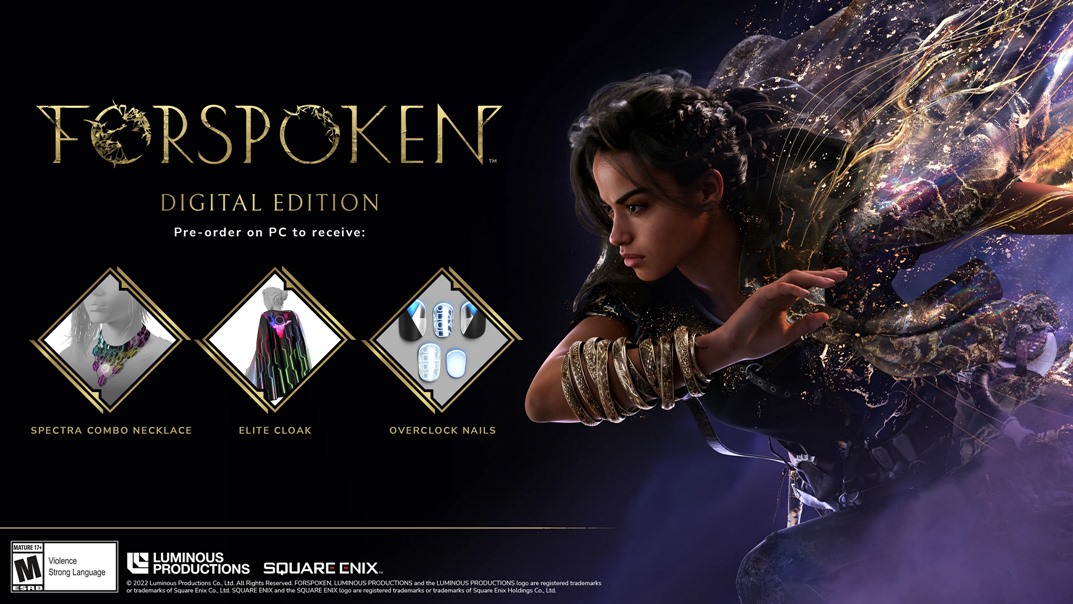 You can pre-order Forspoken via steam or the epic games store for a total of USD $59.99. If you do pre-order the game before its release date, you’ll be receiving the following rewards:

These are items for the main character Frey and these aren’t just collectibles or cosmetics. These items play a significant role as the Nails, Cloak, and the Necklace help alter the magical abilities that Frey possesses that could help you switch between different playstyles. Furthermore, these items basically play the same role as armor does in some other games! 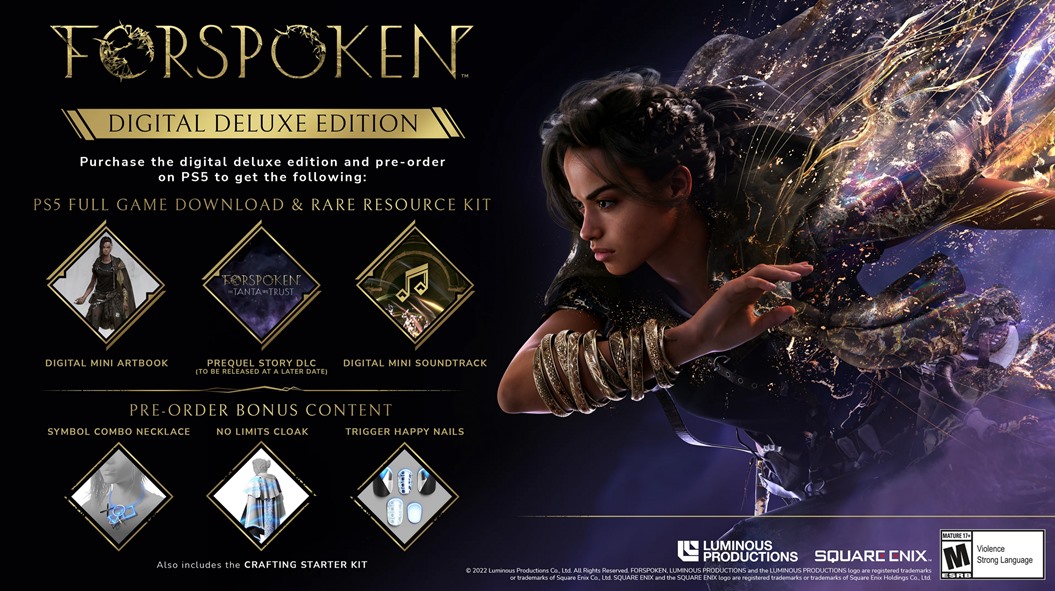 You can pre-order the game for a total of USD $69.99, and upon doing the same, you’ll receive some armor-unlocks and a starter kit too! Here’s what you’ll be getting:

As you can probably tell, for an additional $10 that the PlayStation 5 players have to spend, they’ll be rewarded with some extra goodies. The Crafting starter kit for instance, hasn’t been included in the PC rewards.

Additionally, it has been mentioned that these rewards will be available for purchase in-game at a later time! So even if you miss out on the pre-order, you still might be able to get these items soon enough.

Another thing you might notice is that the items are a little different from what the PC players would be getting. Interestingly, we’ll find out how big a difference it makes once the game is released!

That’s everything Forspoken has in the bag for players who pre-order the game! Whether it’s worth pre-ordering or not? We leave that up to you! Let us know down in the comment section if you found the article helpful and whether you’ll be pre-ordering Forspoken!