Forspoken is an Action Role-playing game that is about to release very soon! The game is intended to be available for merely two platforms, including Microsoft Windows and the PlayStation 5. The game had a demo rollout a few months ago. If you’ve tried the game, and you’ve decided upon the fact that you do want to purchase (soon enough) or pre-order it, the dilemma you’ll face is “what version of the game to buy”?

The game has a physical edition for the PlayStation 5, a standard edition for people who are just looking to play the game, and a deluxe version for players who want the whole package! In this article by Frondtech, we’ll be guiding you through the different versions of the game Forspoken has to offer and whether it’s worth it to purchase the Deluxe Version of the game. Here we go! 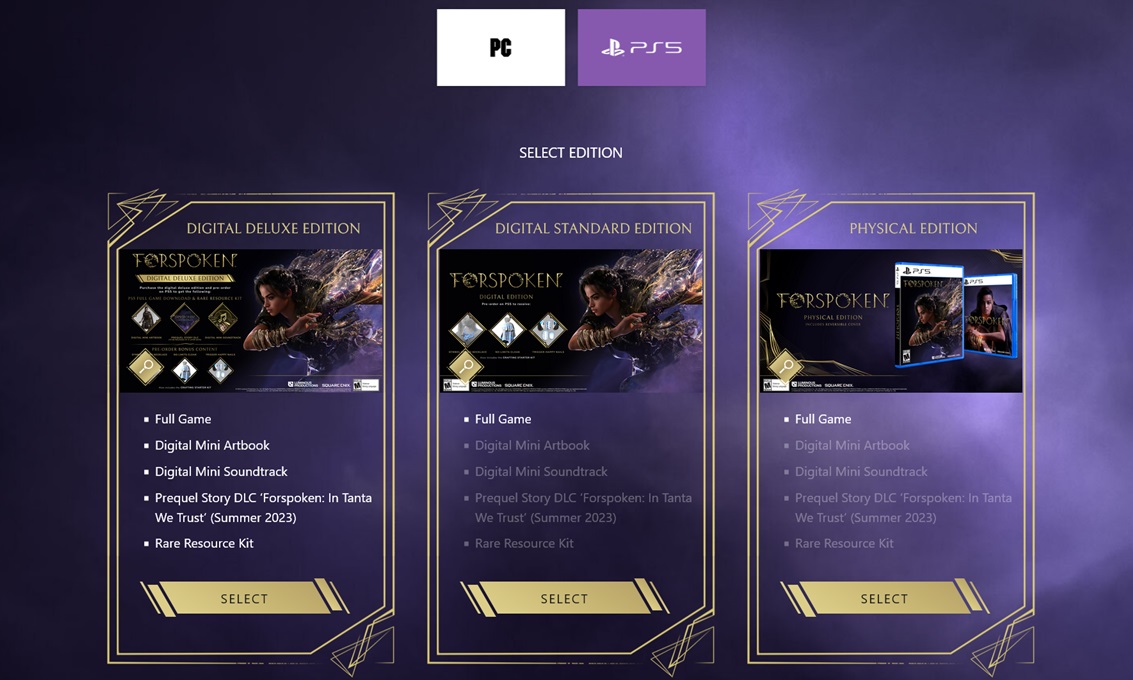 The digital deluxe version of the game includes three things that the standard version does not, a digital mini artbook, a digital mini soundtrack, and a prequel story DLC (“Forspoken: In Tanta we Trust”).

For the PlayStation 5 players, though, the deluxe edition also includes a rare resource kit, which could prove to be quite useful as you progress through the storyline. [NOTE: The same resource kit for some reason hasn’t been included in the PC deluxe version!]

Among the other things the deluxe edition has to offer, digital soundtracks and artbooks aren’t really that special. What caught our attention was the Prequel DLC.

The game will receive a DLC by the summer of 2023, and for the players who have purchased the deluxe edition, they’ll be provided with challenges/missions for the upcoming DLC.

The base price for the standard edition of the game is 69.99 USD. The deluxe edition however would be priced at 94.99 for both PC and the PlayStation 5.

Is the Deluxe Edition of Forspoken Worth it?

Now, the actual question that needs to be answered is if purchasing the DLC would be worth it. The additional feature list that the deluxe version of the game would offer is quite unattractive, let’s say. For an additional $25 roughly, the PC players wouldn’t be getting much, but for the console players, the resource kit might be worth it.

Overall, we’d like to add that purchasing the DLC for the PC version might not be worth it, but for console players, it could be worth a shot!

That’s all we know as of right now. Let us know what you think in the comments section down below!