Total War Warhammer 3 is finally here. And is now available for everyone to try. But the game is not performing as well as everyone thought it is going to. At the time of me writing this article, it has around, 2200 reviews, and around 1300 of them are negative.

It is obvious that Total War Warhammer 3 is an AAA title, and most of the AAA titles released in 2022 have not been free from problems. The majority had horrible performance issues during launch. People were complaining that they were experiencing fps drops and stuttering. Well, Warhammer 3 is no different. Players are reporting stuttering, fps drops and random freezing issues. If you ask me, this isn’t surprising. Every Total War title, released in the last few years, has had the same kind of issues. This guide consists of a list of the errors and how to fix them.

TWW3 Stuttering and FPS Drops issue – How to fix

So users are experiencing stuttering during the intro video, some in the main menu, while some are facing stutters and freezing during cutscenes. Check out this post from a Steam user:

Stuttering during intro video and in main menu

I am experiencing severe stuttering whenever i open the game, and the intro plays. Also, the main menu stutters as such that the graphics, such as but not limited to, the fire in the TWW3 logo looks buggy and the cursor will also be unable to move for brief moments while the stuttering is occuring. Usually just for a couple of milliseconds, but it occurs frequently every second.

Currently running on 12th gen Intel i9-12900K and GTX 3080TI and have added the script file as advised by your frequent issues trouble shooting for 12th gen CPUs but to no avail.
I have taken following steps in the given order: Check for GPU updates, Verify game integrity, added script file, restart pc, disable antivirus, change resolution to lowest, enabling/disabling Vsync and setting unlimited video memory – all of the above has had no effect.

I did check out some forums, and this issue seems to be more prominent for users who are using Intel Alder Lake or 12th gen CPUs. Don’t worry, the developers have recommended a fix:

Solution 1: Create a script file to redefine how the CPU runs the game

Some PCs running Windows 10 with Intel 12th generation CPUs (‘Alderlake’ family) may encounter inconsistent framerates and/or stuttering. In that case, create a script file to redefine how the CPU runs the game, as follows:

Plenty of users have confirmed that this works: 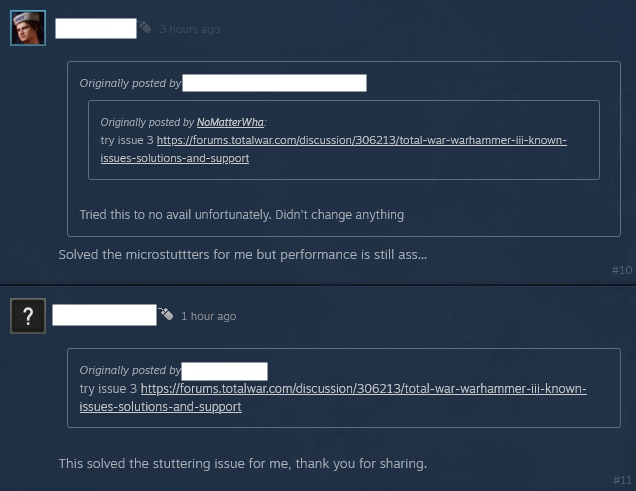 Solution 2: Upgrade from Windows 10 to Windows 11

A lot of users have managed to fix the issued by just updating their Windows 10 to Windows 11. Though, it is hard to say what changes are causing the stuttering to get fixed. It guess it has something to do with the system files.

This fix has been recommended by a Steam user, and I can see this actually being a potential fix. Let me tell you, I use Razer stuff myself, and apps like Razer Synapse end up interfering with games, often. Check out the post from the user:

Disable Razer Apps for Possible Improvements
I had stuttering issues and could not even get into menus to adjust settings. Someone on the Total War forums reported that they disabled their Razer apps, so I tried that and the game is now running smoothly. 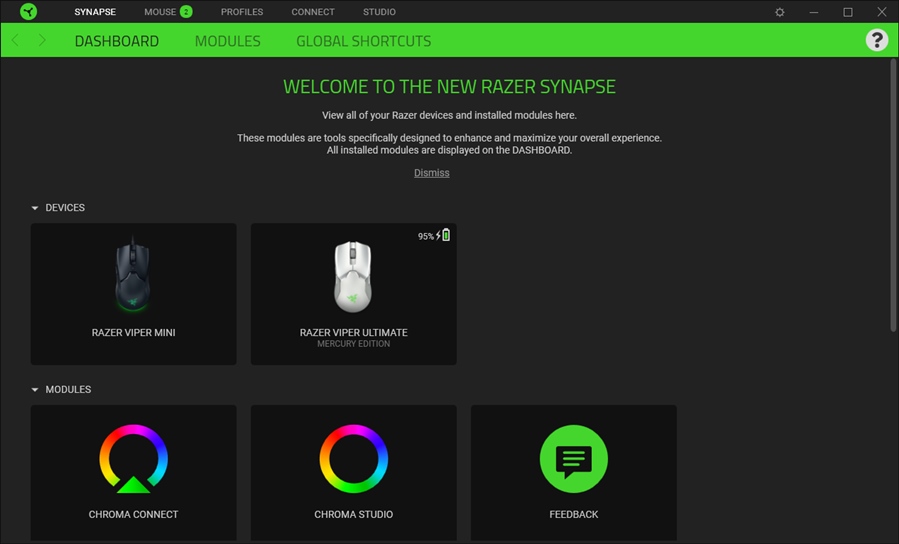 This is the first thing you should do, as soon as to start the game, and get access to the Settings menu. I know a lot of people still don’t pay attention to the video settings in games. But trust me, they should. This is the easiest method to squeeze out a few extra FPS and performance from any gaming title.

There is a huge chance that there isn’t any issue with your game at all. And the lag is being caused by the video settings of the game, set too High. Go to Options > Graphics. Set your Quality and Low, and untick “Run in window”. Try playing the game after that. If that doesn’t do the job, check out my detailed guide. 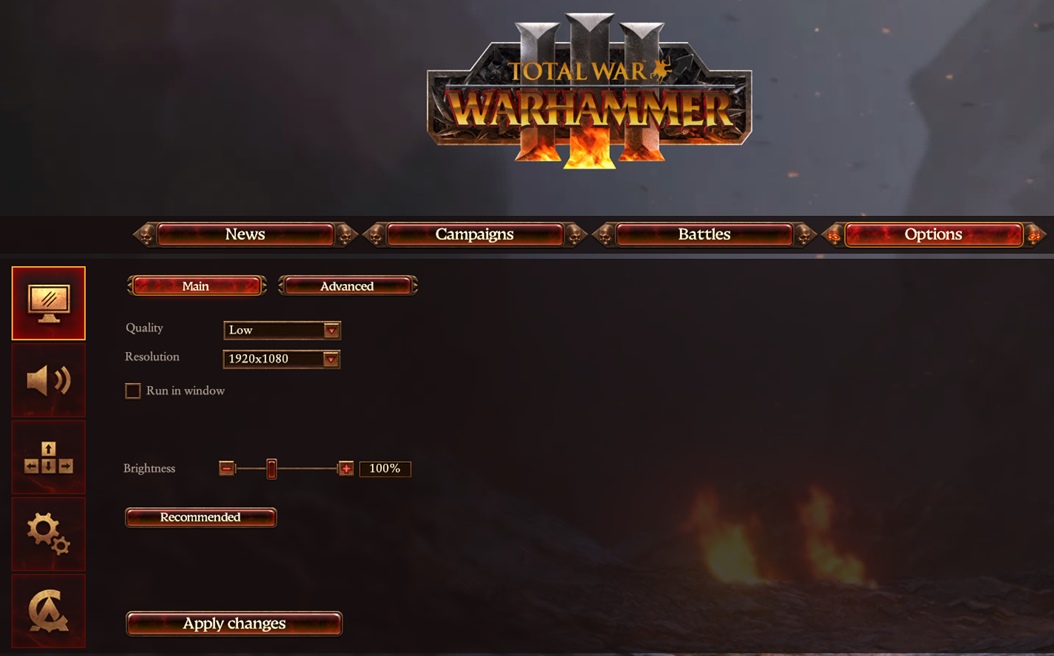 If you think this guide has helped you, then let us know in the comment section below. And for more Total War Warhammer 3 guides, keep an eye on Frondtech. We will be covering every single technical issue of the game. Good luck!