Spider-Man won’t launch and crashing – After a lot of anticipation and wait, Spider-Man PC is finally out. The PC version is actually Spider-Man Remastered, which is actually the PS5 version, with improved graphics. Unlike the PS4 version, released more than 3 years ago, which is way inferior in the graphics version when compared to the Remastered version.

The PC version of Spider-Man Remastered has been published by PlayStation PC LLC, the same studio that is responsible for all the PlayStation exclusives released for PC.

Spider-Man PC comes with some awesome features like RTX, DLSS, DLAA, Unlocked Framerates, etc. I have to say Spider-Man games coming back to the PC platform is one of the best events of 2022 in the gaming world.

Now, technical issues are very common in AAA games these days. Especially in the ones that are ported from console to the PC platform. God of War and Horizon had their fair share of problems at release, as well. The same is the case with Spider-Man Remastered PC.

Looking at Steam and Reddit, I can clearly see that some players are reporting that they are not being able to launch Spider-Man PC. And for some Spider-Man is crashing constantly. If you check out Skill Up’s review on this, the reviewer has clearly mentioned that Spider-Man was crashing for him when he was pressing Alt+Tab, trying to minimize the game. The funny thing is, this Alt+Tabbing issue was also present in Horizon Zero Dawn.

While we wait for Insomniac Games and Nixxes Software to release a patch, here are a few steps that you can try to fix the issues.

To be honest, it is hard to say what specifically is causing this issue. Startup/Launch issues can be triggered by various things. And the situation is different for different users. And if the issue is from the side of developers, then forget fixing it by yourself. Still, here are some fixes that you can try. 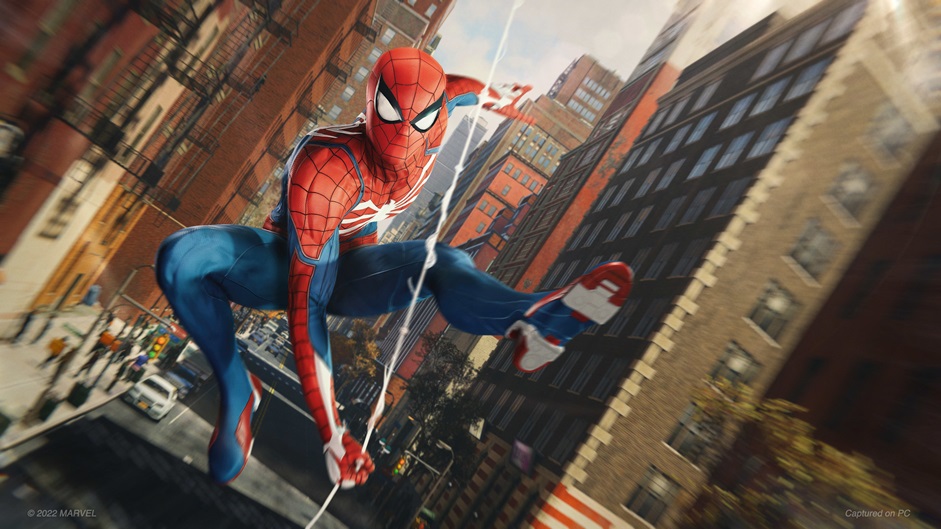 Here are the methods you can follow if Spiderman PC won’t start or is crashing for you:

Make sure that your PC is capable of handling Spider-Man

Now, a lot of people make the mistake of buying games without checking their system requirements. It is always recommended that you check the minimum or recommended PC requirements of a game before purchasing it. Spider-Man PC also has a wide range of requirements. Check it out: 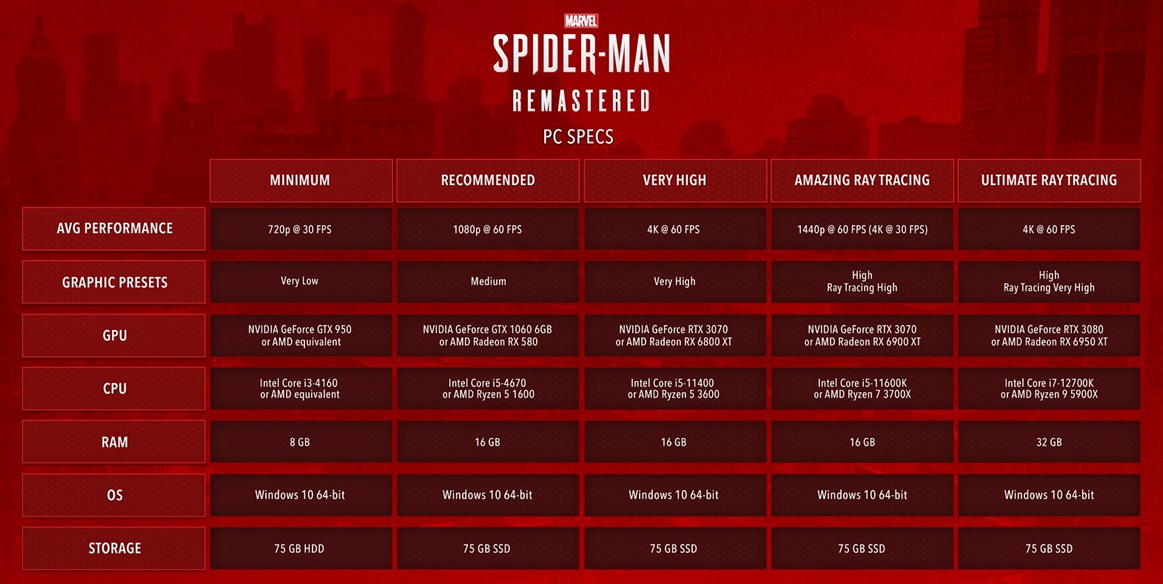 If you didn’t know, Nvidia has already released a Spider-Man Game Ready Driver. The version is v516.94, and it just became available for download, on August 9, 2022. 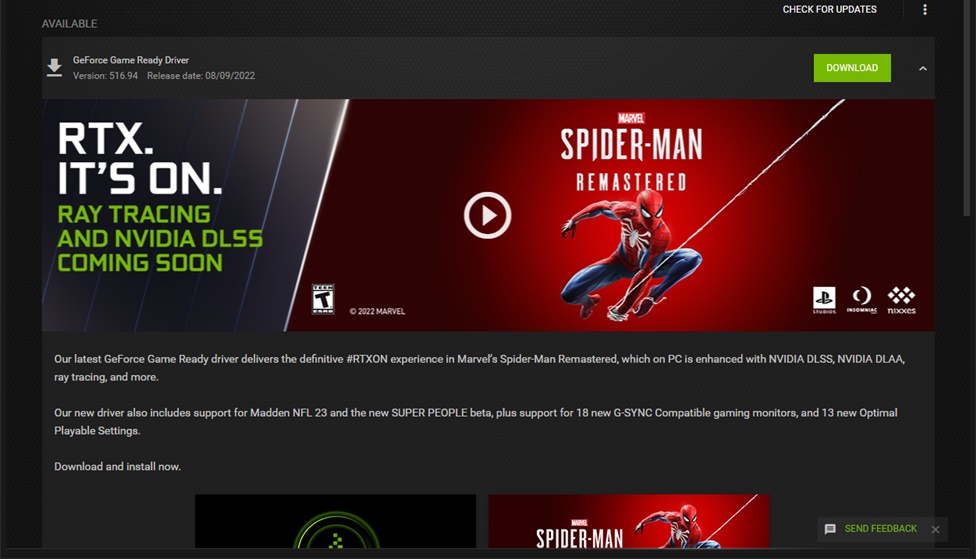 So if you are an Nvidia user, you can download it via the GeForce Experience app, or you can manually download and install the driver from this link. Check out the release notes:

Doing this would also fix any DirectX or Direct3D errors in Spider-Man PC.

At the time of my writing this article, AMD has not released any driver optimized for Spider-man PC. As soon as they do so, I will update this article with the accurate version and download link immediately.

AMD has finally released their GPU driver for Spiderman Remastered. The version is Adrenalin 22.8.1 Optional. You can use AMD Auto-detect to download the driver, or you can go to this link, choose your GPU, and download the driver best suited for your GPU. Check out the release notes:

The Steam Overlay might be causing Spider-Man to crash at start. Try turning it off.

A Utility or an Application could be causing the crashes

There are a lot of apps in the background that you don’t realize are running. And sometimes, one or two of them, end up showing incompatibility with other apps.

For me, the Logitech G Hub app was causing crashes in Elden Ring for months. And I couldn’t figure it out. You need to find such applications and close them. Here is how to do it:

A dedicated GPU will give you faster performance than the integrated one, especially in games that are graphically intense. Integrated GPUs are so weak they aren’t worth using for anything.

You can’t expect to get the most out of your computer if you aren’t using it right. Setting the wrong graphics processor on your GPU Control Panel will cause Spider-Man to crash, especially considering how resource-intensive it is. This issue is very common with gaming laptop users.

I use a Lenovo Legion 5 Pro, and I have a MUX Switch to control my GPUs. So before I start gaming, I just head over to my Vantage app and turn off Hybrid Mode. This forces the laptop to use the RTX 3060 inside it only.

If you are using an Nvidia GPU, and you do not have a MUX Switch, here is what you need to do:

Check whether your Anti-virus software is blocking Spider-Man or not. This has happened to a lot of games this year, it was the same case with the previous PS games that got released on PC. Games like God of War are Horizon Zero Dawn.

The .exe file of Spider-Man Remastered PC or the launchers associated with it may be getting silently quarantined by some antivirus software, preventing the game from launching. Therefore, you may need to disable Real-Time Scanning function or Real-Time Protection function of your Anti-virus to play.

If you do not want to completely disable the software, then you will have to add the .exe of Spider-Man on the Exceptions list of your AV Software.

Run the executable file of Spider-Man Remastered as administrator 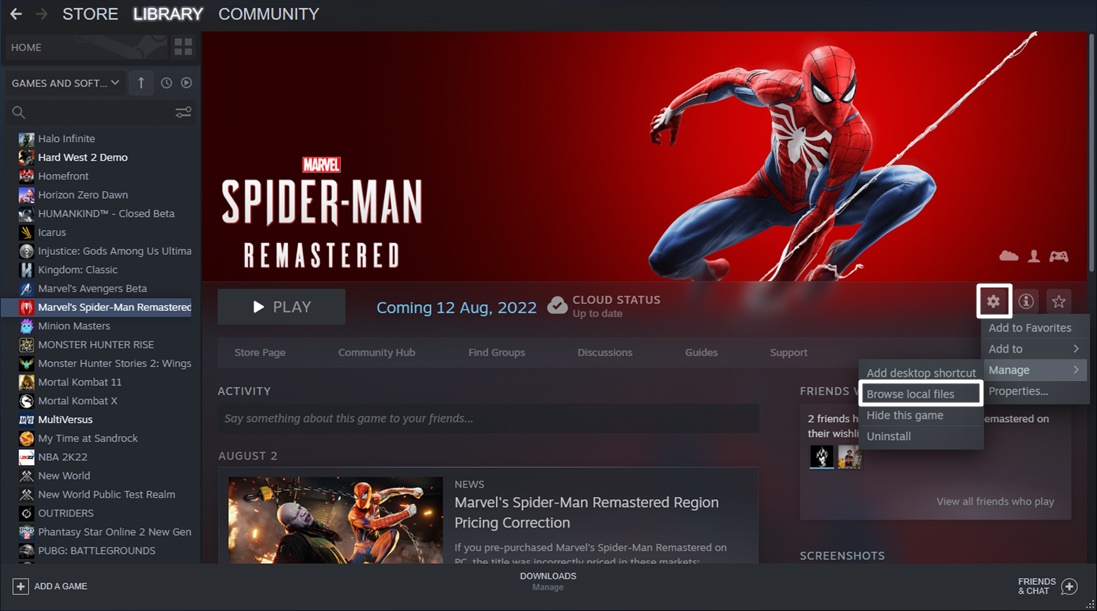 Right-click on Spiderman.exe and select Properties. Now click on the Compatibility and check the box beside “Run this program as an administrator”. Start the game directly by double-clicking on the exe file, instead of launching it via Steam or Epic Games Launcher.

If none of the fixes mentioned above work for you, then there is no other choice but to re-install the game completely. We are still testing the game. More fixes on the way!

If the issue you are facing is a serious one, then go to the Steam discussions page of Spider-Man Remastered, and make a post stating your issues there. The devs are replying actively there.

If you think this guide has helped you, then let us know in the comment section below. And for more Spider-Man Remastered PC guides, keep an eye on Frondtech. We will be covering every single technical issue of the game on the launch day. Good luck!