Sniper Elite 5  is a third-person tactical shooter game based on stealth and engagement mechanics. The game has been published and developed by Rebellion Developments. It is mainly a sequel to the already famous Sniper Elite 4, and this is their fifth installment in the Series.

The Sniper Elite Series is primarily known for its highly unique gun play, with the game’s core feature focusing on bullet-time Slow motion. Such advanced weapon handling and shooting made the Sniper Elite Series viral among Third-person Shooter fans. You can assassinate high-ranking Nazi Generals and perform different trick shots to take down the enemies. You will also be tasked with gathering enemy intel on large and open maps.

This highly anticipated game will be available on PC and consoles, and Sniper Elite 5 will be sticking to its core elements that made this franchise a vast success. Rebellion plans to extend and improve the game’s overall experience in this installment.

Sniper Elite 5 features both Coop and Multiplayer modes, and not being able to find players to play with can be annoying at times. The game features a great coop and multiplayer modes like Survival modes, Player versus Player modes. But sometimes, it is frustrating when an online match refuses to start, and you have to sit and wait for that endless searching to end so that you can start with a game. We faced similar issues in the game, so this article will guide you on fixing the infinite player search and can’t find players in Multiplayer mode in Sniper Elite 5. 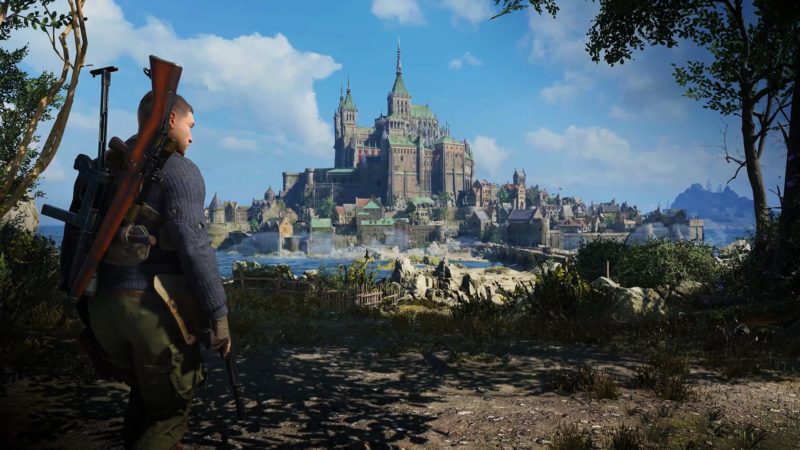 We can’t get games to run smoothly from the very first day onwards. Things like that don’t happen anymore. And Sniper Elite 5 is no exception. It comes with great gameplay and graphics, but it also comes with a basket full of glitches, lags, and stutters. The multiplayer and the online experience also suffer a lot due to these issues. The devs are constantly rolling out updates to fix the known issues. Update the game entirely and if the matchmaking issues persist, try the following ways.

You can try doing the following things to fix the infinite Search in Sniper Elite 5.

If you are still getting errors in joining online matches, you can send a support ticket to Rebellion for more help.

If you think this guide has helped you, let us know in the comment section below. And for more Sniper Elite 5 guides, keep an eye on Frondtech. We cover every single technical issue of the game from the launch day. Good luck!