Monster Hunter Rise is a game that takes a lot of cues from Monster Hunter World, but also adds many new features and mechanics, including the addition of a new companion called the Palamute, which is used to ride across the map or into battle, and the use of Wirebugs to traverse the world and mount and ride certain monsters.

Now that the basic game information is out of the way, so let’s move on to the technical issues. I’m getting reports that a lot of PC users are having problems launching the game. This is not surprising, as many console ports don’t work very well on PC. The Switch version of Monster Hunter Rise had some crashing issues too.

There are a number of possible solutions to this issue. If you follow the steps, you will be able to see if they fix the issue.

1. Perform a detailed comparison between the Monster Hunter Rise System Requirements and your Hardware Specifications

Now, if you check out the ‘Additional Notes’, you will notice that it mentions the GTX 1060 or the RX 570, which would only be able to fetch you 30 FPS on 1080p. That too, on “Average” settings. And, if that is true, then I would label Monster Hunter Rise as ‘Unoptimized’, because on ‘Average’, most of the settings are either disabled or set to medium.

Therefore, you won’t be able to play the game on a low-end gaming PC. You need to have a decent rig, in order to enjoy the game without errors.

2. The MHR folder and files should be added to your anti-viruses program’s exception/exclusion list.

From what I saw on the various Forums, This step has been recommended the most. You will find plenty of posts like this:

EDIT:
Fixed for me. It should help other AV users too. In Eset there’s “real-time file system protection” on/off button in “setup” menu from the left. So when you get to the “computer protection” click the gear icon (settings) on the right and click “edit exclusions” and add EXE file of the game, not just the folder but the EXE itself.

Then after that click the gear button on the right of the Host intrusion prevention system. Do the same there. You can find it in “exlusions — edit” 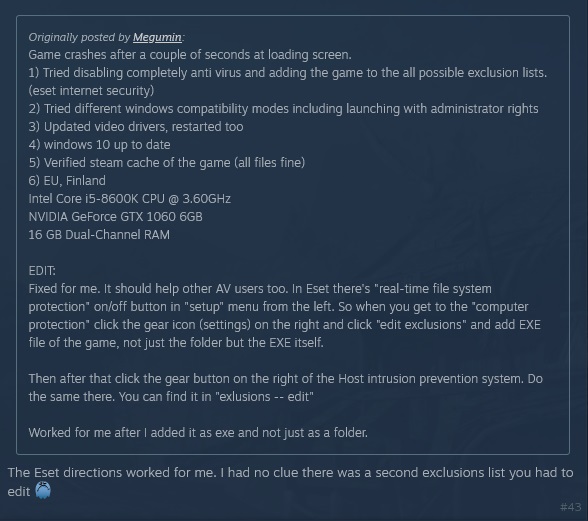 To quickly access the following folders, press Windows Key + R then copy and paste the folder URL below:

3. Give administrator privileges to Steam and Monster Hunter Rise

4. Uninstall Citrix if you have it on your system

I actually saw a lot of users claim that they fixed the crashing and launch issues by just uninstalling Citrix. Just check out this post:

Here is another one confirming the fix: 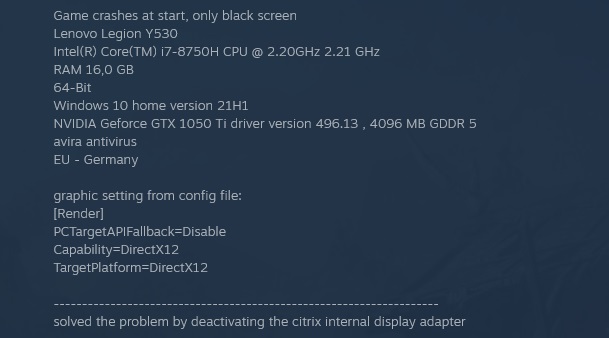 5. Unplug the in-active monitors, if you have a multi-monitor setup

Apparently, this game is not working for users who have extra in-active monitors plugged-in. So I would recommend that you unplug the ones you are not using, for the time being. I know this is not a proper solution. But, there are not a lot of options in hand here. Check out the posts:

Windows’ default Media Player codec is used to play certain cutscene segments. Please install Microsoft’s Media Feature Pack if you’re having problems with video play outs or not being able to launch the game. Windows Media Player and its codec may not be included in certain Windows editions, particularly in EU territories and Korea.

Compatibility issues with certain video codec may cause video corruption issues in the game if you have separately installed another video codec. If you’re using a different codec than the Media Feature Pack, please make sure it’s configured, so it doesn’t run under the Media Foundation.

Here is another fix related to this topic, recommended by a member of the community:

Okay it’s running now. I suggest that instead running the game in steam, find the exe of the game in the steam folders and open it. There will be a prompt that will pop out regarding why you can’t run the game. My problem was that I was missing the MFplat.DLL. So I suggest you install the said file.

Intalling the said file: Open apps & features, the open Optional Features. Search for Media feature pack. Install it then reboot. The voila you can play the game now.

Let me tell you, Monster Hunter Rise was crashing for me as well. And, I have a system consisting of RTX 3070 paired with a Ryzen 5 5800x. I struggled for almost two hours before discovering this fix.

So, I was getting close to 300 FPS in-game and was crashing randomly. That is when I decided to open MSI Afterburner. I realized that the game was making my GPU usage shoot all the way up to 99%. What I did was, I enabled Vsync, and set Framerate cap to 90. I haven’t crashed even once since then. 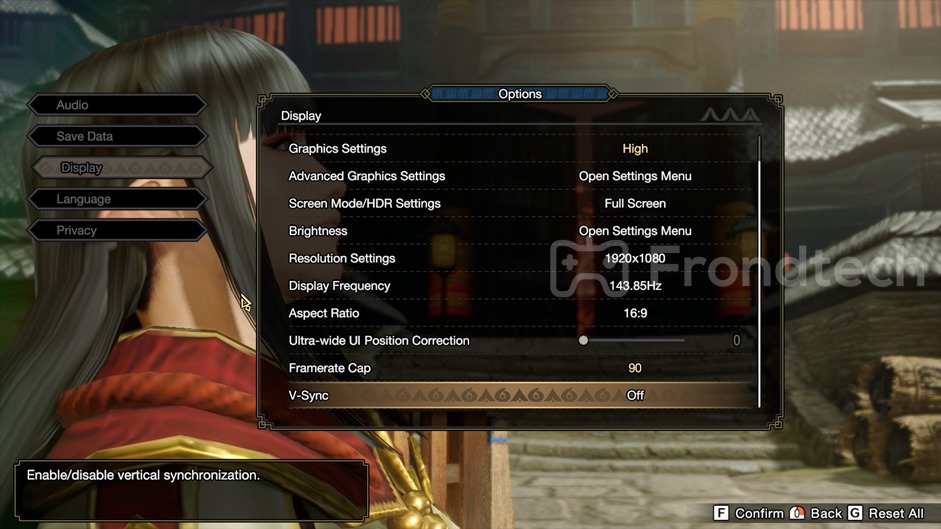 If the game is crashing on loading screens that usually happen between hunts. Then let me tell you, this issue is caused by a program called RivaTuner. If you had installed MSI Afterburner, it also comes with RivaTuner.

Disable every single overlay that you have on right now. Overlays from applications like Discord, Nvidia GeForce Experience, Steam, etc., are known to cause issues in games. So disable all of them.

These are all the legit fixes that I have been able to collect from the various forums and dev notes. Of course, there are other ones, like updating your Video/Graphics Drivers and Windows Operating System, updating your DirectX, verifying the game’s cache in Steam, re-installing the game, etc. But aren’t these obvious fixes. They have been mentioned a million times, on different articles. You can try them if you want. But, I personally won’t recommend them.

You have to keep one thing in mind. Monster Hunter Rise is a console port that “Incorporates 3rd-party DRM: Denuvo Anti-tamper”. So, there is no way for this game to be perfect. Denuvo has been always known to be problematic on PC.

If you think this guide has helped you, then let us know in the comment section below. Also, if you are facing other problems with the game, then try checking out our other guides on Monster Hunter Rise. Who knows, you might end up finding a fix.