FF7 Remake fps drops stuttering lag – The all-new Final Fantasy VII Remake is a remastered edition with current-generation graphics. This is the same Final Fantasy VII game that came out in 1997 and is said to have been guided by the original developers. The game was published and developed by Square Enix. Final Fantasy 7 is one of the most popular installments of the Final Fantasy Franchise.

This is an adventure game filled with action and RPG elements. Based on the traditional command-based combat system along with real-time action. The game revolves around the original storyline, which was first released in the late 90s, and this Remake version added a new episode in the game where you will be able to play as Wutaian Ninja Yuffie Kisaragi. You will have to infiltrate Midgar and conspire on a plan to steal the Ultimate Matera from Shinra Electric Power Company. The game is doing okay in terms of a remake, with over 6000 players constantly playing the game on Steam. Although the numbers are pretty low, considering the fact that this is a Final Fantasy title. It is too early to comment on how things would turn up for Final Fantasy 7 Remake in the future. 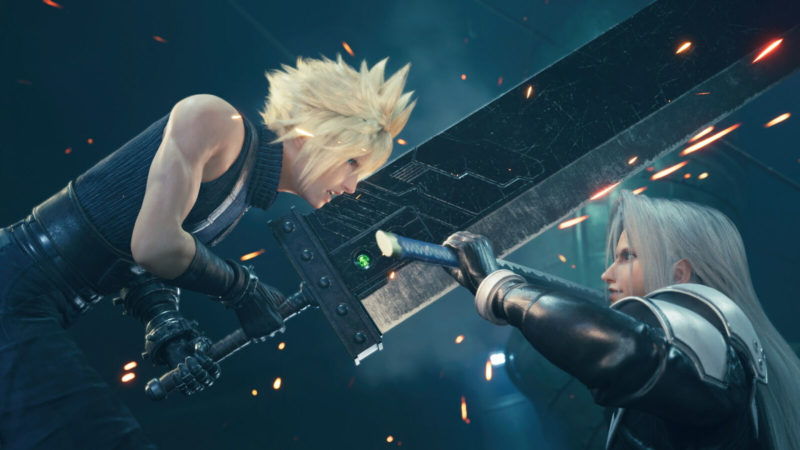 How to fix FPS Drops, Stuttering and Lag in FF 7 Remake Intergrade

Here are the minimum and maximum system requirements for Final Fantasy 7R.

The game requires at least 3GB VRAM, which is pretty nice considering most of the Gamers are now well-equipped with a 1050Ti 4GB GPU, according to the recent Steam Hardware polls. For people with less than 4GB of Graphics cards, make sure before buying the game that you have at least 3GB of video memory; otherwise, you won’t be able to run the game beyond 1080p. The Final Fantasy 7 Remake features high-end graphics, as we can see from the recommended requirements being a GTX 1080. Since this is a Single-player game, FPS and graphics quality are essential for the ultimate Final Fantasy experience. Even if you possess a good amount of skills in your arsenal, showing them off smoothly will require a good PC. So if you don’t have a PC that meets the minimum requirements, you might have to deal with the interpolations and the glitches it would come with. Lowering the resolution further will make it run smoothly, but you will have to deal with a lot of blurriness, destroying the magic of Final Fantasy games.

Nvidia has recently introduced a new Graphics driver, but their release notes didn’t mention Final Fantasy VII. The game already runs smoothly on my GTX 1080 Graphics card with the driver version 516.40. Install the driver to eliminate any driver-related issues. You can either update it via GeForce Experience or visit this link to download the driver manually.

AMD has not released any specifically optimized driver for Final Fantasy VII. I checked the release notes of their latest driver, which is Adrenalin 22.5.2 WHQL Optional. I didn’t see anything about Final Fantasy VII Remake there. Still, if you want to update your driver just for its sake, you can do that from here.

Install the Game on an SSD

The developers have specifically mentioned installing the game on an SSD. And yes, we recommend the same, not only with this game but with most of the newer games are always advised to install it on an SSD. I always took these recommendations with a grain of salt until I found the difference.

Initially, I installed the game on my Hard Drive because I didn’t have much SSD storage. The game was working fine; however, the loading times and the overall performance were not what I expected. Later, I wiped some unnecessary data off my SSD and reinstalled the whole game on my NVMe SSD. As soon as I installed the game on the SSD, I immediately saw the difference. I have got much better in-game performance and much faster loading times only by switching the storage device from the HDD to an SSD. We understand because I know that a lot of low-end users still use HDDs. It is OK to install this game on an HDD, but if you have an SSD, use it. Earlier, we saw a similar performance boost in the Naraka Bladepoint benefit when we switched from HDD to SSD.

If you do not have a powerful processor, I suggest you turn off features like Nvidia Instant Replay or Windows Background Recording. Both do the same job and might cause unnecessary stuttering in demanding titles.

To turn off Nvidia Instant Replay:

To turn off Background Recording:

If your laptop features an Nvidia graphics card inside, you must ensure your computer uses that instead of the low-powered integrated one.

Suppose you have got heavy applications or utilities running within the background. In that case, there’s a possibility that the lag results from some applications feeding up on loads of resources. Here is what you need to do:

If you have a lot of useless files piled up inside the “Temp” folder of your system, there is a chance that it might be making your PC slow and less responsive. Especially if you are using a standard HDD instead of an SSD. So removing them is the best thing to do.

To do that, press the Windows+R keys at the same time. Type %TEMP% inside the box and press Enter. Select all the files inside the temp folder by pressing Ctrl+A and pressing the Shift+Delete keys on your keyboard. There might be some files you might not be able to delete. Skip them instead and delete the rest of them.

After you have done everything we said above, restart the game and check if these suggestions have fixed FPS Drops, Stuttering, and Lag in Final Fantasy VII Remake Intergrade.

If you think this guide has helped, then let us know in the comment section below. And for more Final Fantasy guides, keep an eye on Frondtech. Good luck!