F1 22 is finally out across all major platforms. Standing as one of the top contenders for “Best Racing Game of 2022”, F1 22 offers a raw racing experience. It is also the official video game of the 2022 FIA Formula One World Championship. On PC, the game is available on Steam, EA Play/Origin, and Epic Games Store.

The biggest difference between F1 22 and the previous F1 titles is that the 2022 F1 title has been published by EA Sports. Codemasters are still holding the position of developers, though.

Due to new regulations implemented exclusively for the Formula One World Championship 2022, the cars have been completely revamped. And now they feature new models and reworked physics.

F1 22 has also brought in something that hasn’t been seen in the previous F1 game. An adaptive AI, would adjust the pace of AI cars according to the performance of players to ensure players are competitive from race-to-race. A Customizable Hub called F1 Life has been introduced, that allows players to collect cars, clothes, and various accessories.

Enough introduction, time to talk about the performance of the game. Though F1 22 performs flawlessly on the PS5, and the Xbox Series X/S, the PC version sure has some issues.

It is true that the game is extremely optimized on PC. But that doesn’t mean bugs and errors are not present. In fact, there are plenty of them. 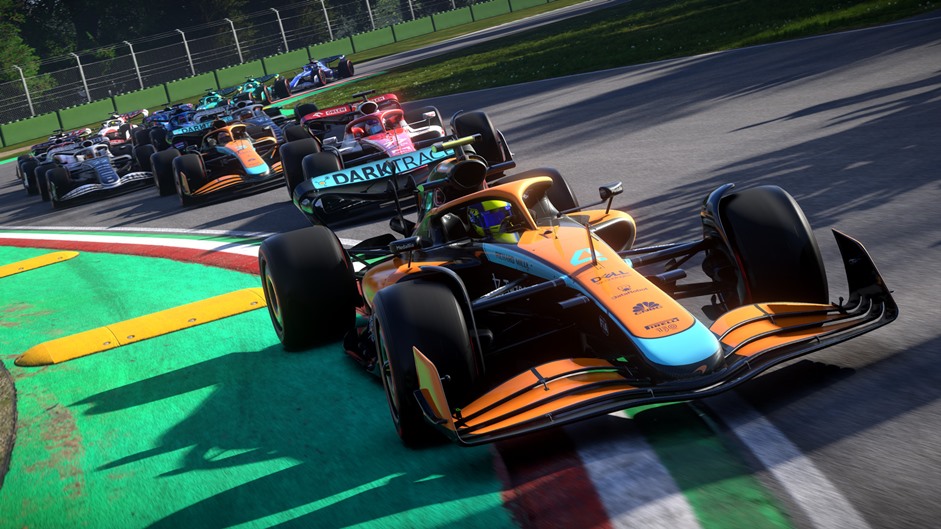 After going through plenty of forums, I came to the conclusion that F1 22 won’t start or won’t launch for some users. And for some users, though the game is launching, it is immediately crashing at startup.

The worst part is that the problem is not exclusive to a specific launcher. The issues are common across the board. The good news is, plenty of working fixes have already surfaced on the forums.

I have tried to combine all of them in this article. I might have missed some, but they can always be added later. Just to make it clear, I have the game on Origin, and I am playing it via my EA Play Pro subscription. And I haven’t experienced any crashes yet. So I have not tried these fixes personally. 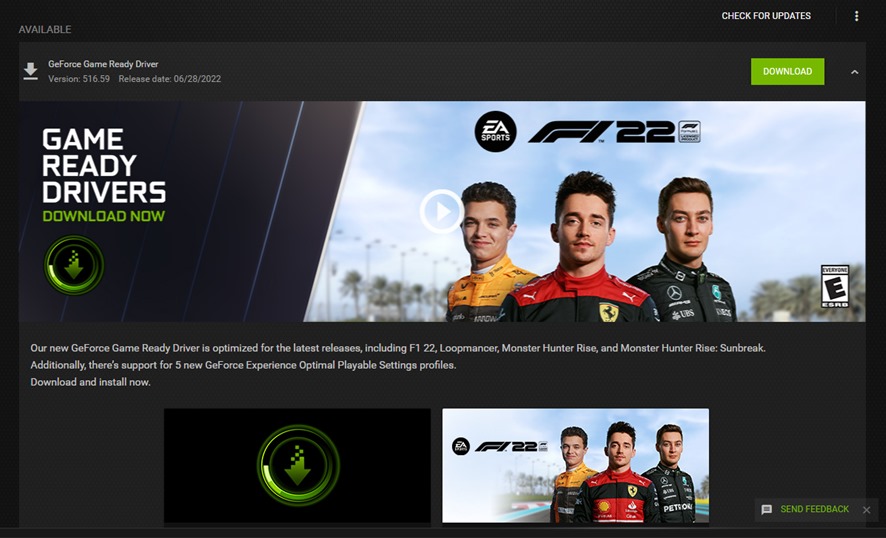 Download and Install the AMD Adrenalin Edition 22.6.1 driver if you are an AMD user

If you are an AMD user, then you need not worry. AMD has also released a brand-new driver specifically optimized for F1. The version is Adrenalin Edition 22.6.1, released on 06/29/2022, for both Windows 10 and 11. Check out the release notes:

If you don’t know how to check your Windows build, then all you have to do is: 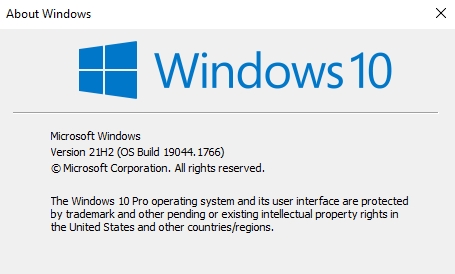 If you are a Steam user, and thought, that is all you need to launch F1 22 successfully. You are wrong my guy. Even if you have bought the game on Steam, you still need an EA Account. You need EA Desktop or the Origin app running in the background, and you need to make sure that you are signed in to those apps. The steam page of F1 22 has this mentioned prominently: 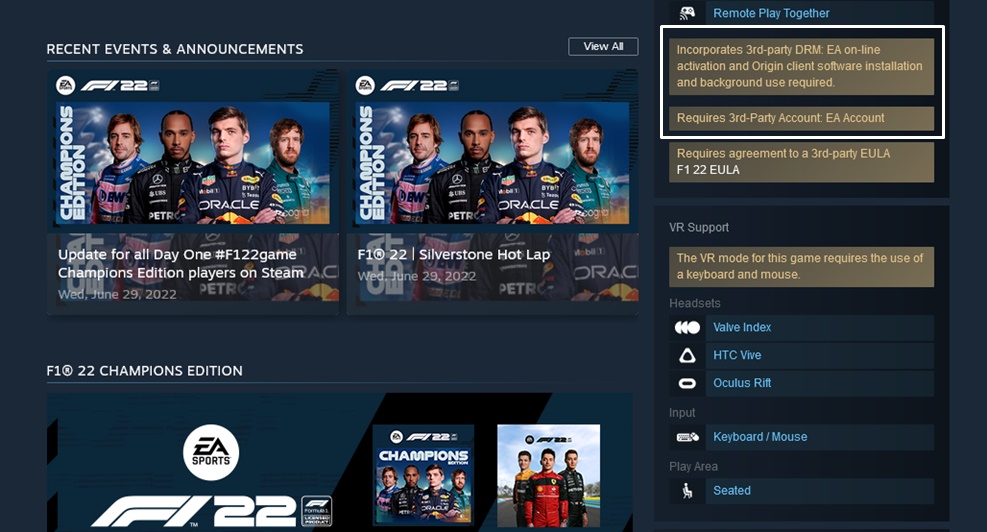 I personally recommend leaving both applications running in the background. It is true that this kind of beats the main purpose of launching the game on different launchers. But it is EA we are talking about here.

Try to use TAA or AMD FX instead of DLSS

This fix has been confirmed to be working by many users. Here is what you need to do:

Check out a few discussions from the forums about this: 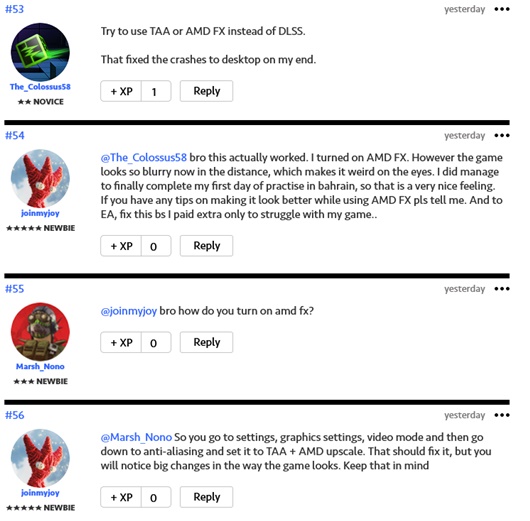 Try to repair the Corrupted or broken F1 22 files

The PC version of F1 22 is available on Steam, EA Desktop/Origin, and Epic Games Launcher for people to download. Here is how you can repair the game on multiple launchers:

This is for people who are trying to play the game via the EA Desktop app. EA Desktop made its debut just a while ago. It is here to completely replace Origin, but not immediately. EA Desktop still has a lot of issues. A lot of games aren’t even compatible with this new launcher. Why do you think EA still has Origin running at its full glory?

So it is best to switch back to Origin for the time being. It is true that Origin is lacking a lot of features, but you cannot deny the fact that it is way more stable than EA Desktop.

So it is quite obvious by now that F1 22 is crashing for a lot of users. But some users are getting an “Ego Dumper” error message after the crash. This is mainly happening to VR users, it seems. Fortunately, there are some fixes, that have been confirmed to be working by some users.

The first fix is actually the “Try to use TAA or AMD FX instead of DLSS” fix, that have already been elaborated on in the top portion of the article. Scroll up and check it out.

The second fix comes from user /TaNK_Al3. Here is what he recommends:

Resolved: I don’t know if it’s related or not but I’m able to play the game with max details and no errors now, i disabled two options on Steam game properties:

Try running the executable of F1 22 as Admin

Try to run the executable file or exe file of F1 22 as admin. Here is how to do it:

If none of the fixes mentioned above work for you then re-installation is your last resort. Game installations go wrong all the time. A file might have gone corrupted during the installation process. And that might be the reason why the game is crashing for you. So do a fresh installation of the game once.

Wait for Patches from Codemasters

You have to realize that the F1 series is a flagship project of Codemasters. And after they got acquired by EA, it grew even bigger. So the devs will do anything to make sure that F1 22 gets fixed soon, and everybody is able to play it without issues. I will be honest, F1 22 is one of the most optimized games I have seen in 2022. And once the errors are out of the way, people would be able to enjoy “Racing” in its best form. So just be a little patient, and give the devs some time. I am pretty sure they will release patches very soon.

If you think this guide has helped you then let us know in the comment section below. Also, if you are facing other problems with the game then try checking out our other guides on F1 22. Who knows, you might end up finding a fix.