Elden Ring white screen – This guide will show you how to fix the White Screen issue in the PC version of Elden Ring. A lot of users are experiencing this. So, don’t worry, you are not alone.

It is just the beginning of 2022, and we have already got one of the biggest releases of this year. I am talking about Elden Ring, Of course. This AAA title from FromSoftware is already breaking records all over the world. The game is doing tremendously well. And, the last time I checked the reviews of Elden Ring, it was raining 5s and 10s. Every reviewer, every normal player, seems to be enjoying Elden Ring.

Elden Ring has around 750k concurrent players playing on Steam, at the moment. So, you can pretty much imagine, how big the game is.

But it looks like BANDAI NAMCO has not managed to eliminate all the bugs and issues from the game. So far, new bugs have been popping up now and then. Don’t get me wrong, Elden Ring is an awesome game. But it is riddled with bugs, glitches and technical errors, at the moment.

Anyway, a lot of users are getting a “White Screen” in Elden Ring, whenever they are trying to play the game, followed by a crash. If you didn’t know, this is happening due to some error with the Easy Anti-Cheat or EAC. There are plenty of threads regarding this on various forums. 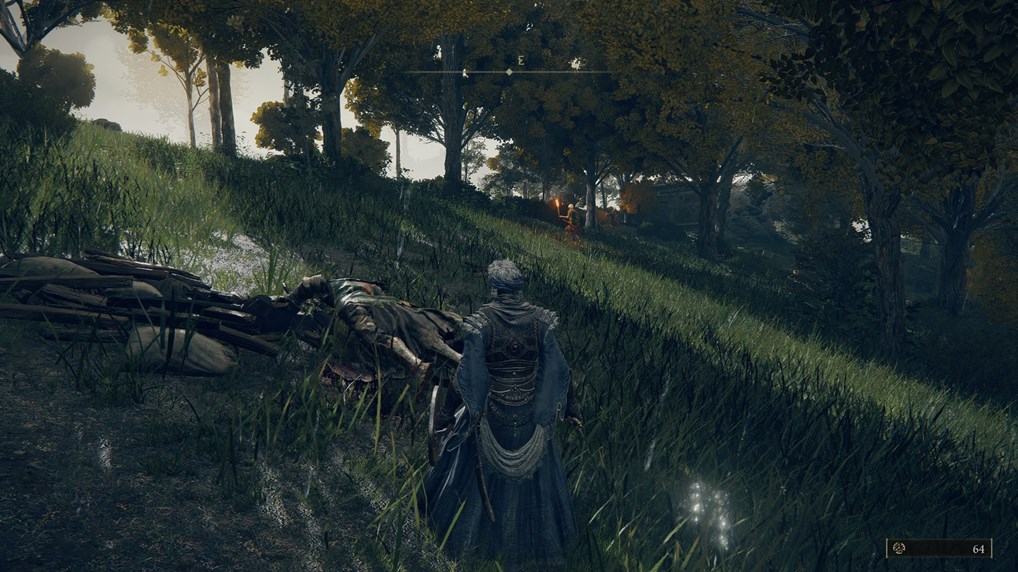 Let me tell you, I was getting the exact same error, and I managed to fix the issue by just installing the latest Elden Ring driver from Nvidia. Nvidia has already released a Game Ready Driver for Elden Ring. The version is 511.79. You can download it from this link or directly via GeForce Experience.

AMD has also released a driver for Elden Ring. The version is Adrenalin 22.2.3 Optional. You can download the driver from this link, or via AMD auto-detect.

If updating the drivers don’t work for you, then here are the fixes, that have been confirmed to be working so far, by the community:

Apparently, the Easy Anti-Cheat or EAC error is taking place due to some conflict with the Epic Games Launcher. And uninstalling will most likely fix the White Screen issue. This fix has gotten the most votes, by far.

Many users have managed to fix the issue by just disabling Steam overlay from the Steam Settings.

This might sound silly, but many users have actually managed to fix the issue, simply by restarting their PC. LOL.

Set the preferred graphics processor of your PC to the Dedicated one, from your GPU Control panel

Make sure that you are using the Dedicated GPU inside your system, and not the integrated one. Check out the steps:

If any of the fixes mentioned above work for you, I would request you to please mention that fix in the comment section below. This will really help the visitors.

So, that is all on “How to fix the White Screen or Easy Anti Cheat error in Elden Ring”. If you think this guide has helped you, then let us know in the comment section below. And for more Elden Ring guides, keep an eye on Frondtech. We will be covering every single technical issue of the game on the launch day. Good luck!