Saber Interactive’s all-new Survival Horror Video Game is here. The all-new Evil Dead Game is based on the Evil Dead Franchise published by both Saber Interactive and Boss Team Games. The Evil Dead is an asymmetrical multiplayer game that features both Coop and PVP Combat Game modes. Also, keep a note that you need to have a stable internet connection to play the Story as well. The game is based on a level up and skill tree mechanics. The game also features several characters from the Evil Dead television series as well.

There are multiple maps in the game, and it also includes the famous Cabin in the Woods from the Evil Dead Movies. You will also be getting a wide variety of weapons, including Ash’s chainsaw and the broomstick. The game features 4 different survivor classes called the Leaders, Warriors, Hunters & the supports and a total of three playable demons called the Warlord, the Puppeteer and the Necromancer.

Can you run Evil Dead? This article is going to guide you about the System requirements of the Evil Dead the Game, so you can check whether your system meets the requirements or not. 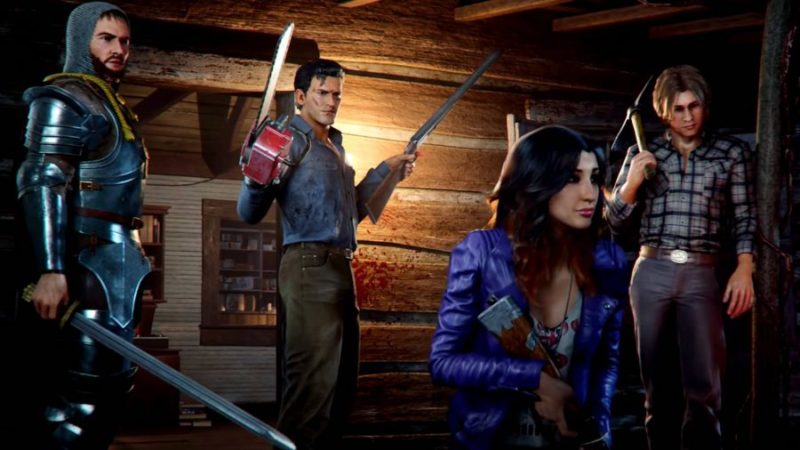 Here are the Minimum and Recommended System Requirements to run Evil Dead the Game.

Evil Dead the Game is said to support the Nvidia DLSS technology which would provide an easy way to boost your performance even at higher resolutions, and thus would keep the input lag to the minimum. Right now we don’t know whether the game would support AMD FSR and or the Intel XeSS technologies, but since the developers recommended a GTX 1070Ti or an AMD RX 5600 XT GPU, we can safely assume you won’t be needing a mammoth of a graphics card to run this game at the minimum settings. The same idea goes for the CPU as well with the recommended requirements would include an AMD Ryzen 5 2600X or an Intel i7 7700 Processor.

So this was all about the system requirements for Evil Dead the Game 2022.