Erdtree Bow Location – Bows play a special role in Elden Ring. They are fairly dangerous weapons due to their low defense, but high damage. You cannot grease, spell buff or offer new associations to Bows in Elden Ring.

Erdtree Bow is a Light Bow in Elden Ring that deals Physical and Holy Damage. It comes with a really powerful skill called, Mighty Shot. It brings the damage of Erdtree to a whole new level. This bow is excellent for Faith Builds. Here are the requirements for the Erdtree bow: 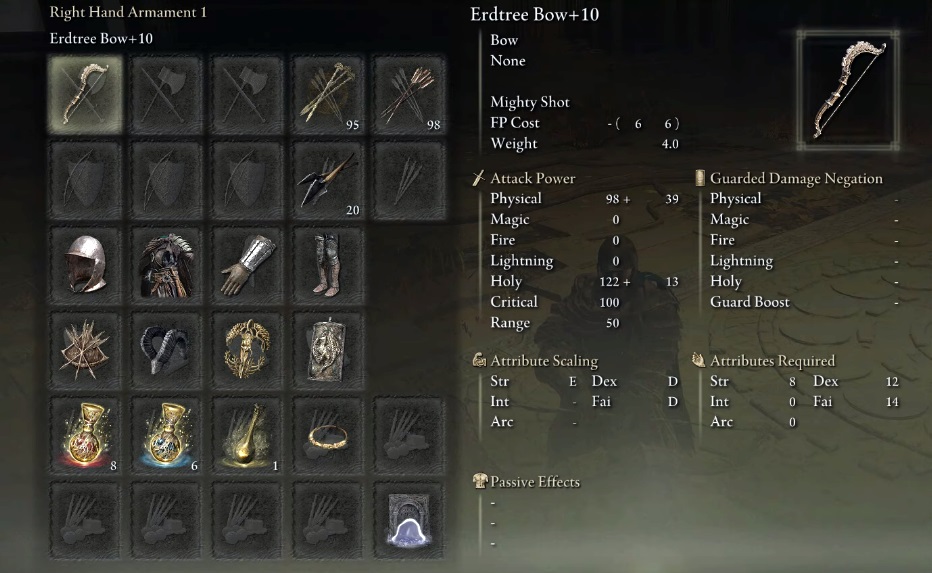 Erdtree Bow can be found inside a treasure chest which is located at the Erdtree Sanctuary site in Lyndell, Royal Capital. But you need the Great Runes of Two bosses to enter the Capital city. 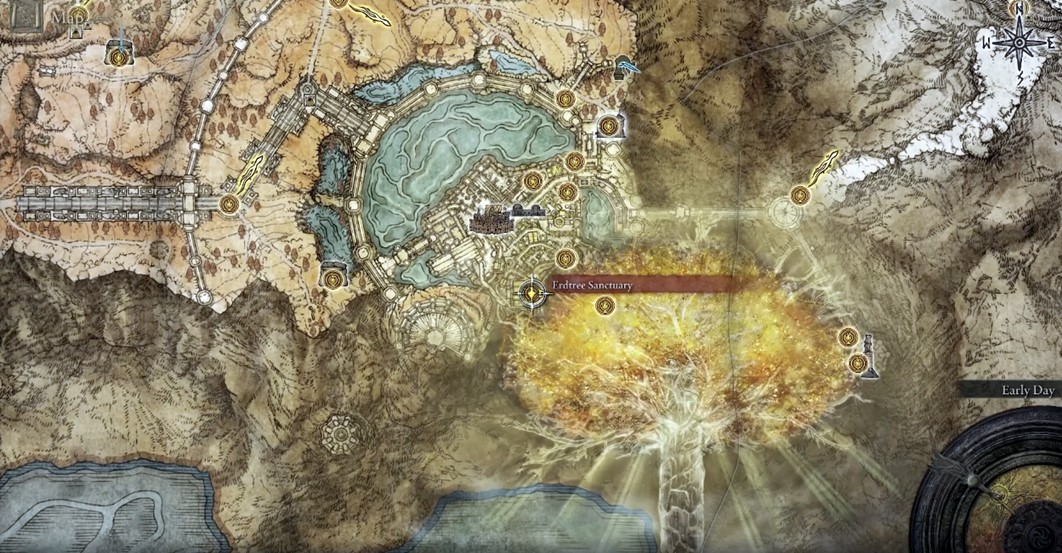 It’s not a piece of cake. The bosses who offer runes are, Radahn, Rennala, Rykard, and obviously, Godrick. So, you have to beat two of those four bosses to get the Great Runes which is the entry key to the Capital city. The battle will end up on the border of the Capital city, and you have to beat Draconic Tree Sentinel who’s the guard of Lyndell, Royal Capital. This boss fight could prove to be extremely annoying if you don’t know what you are doing. I am linking Tyrannicon’s video. It will help you:

Once you’ve won the battle against the boss, ultimately you can set foot in the city. But wait, you cannot rest yet. Now, you will have to beat the one and only, Godfrey, First Elden Lord.

Speaking of the fight with Godfrey, the first phase of the fight, when Godfrey is actually fighting as Godfrey, is not really difficult. It is when he tears away Serosh from his body, and transforms into Hoarah Loux. That is when things get real. If you are not agile with Hoarah, you will find yourself respawning in less than 5 seconds.

Defeat Godfrey and touch the Erdtree Sanctuary Site of Grace. After the fight, using the huge tree branches, get to the second floor. 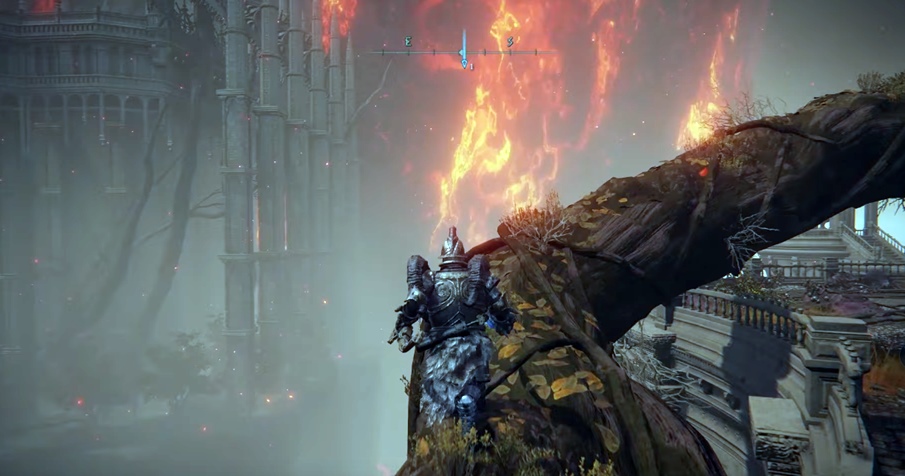 Now, just head over to the open balcony, turn left, hop onto the roof, and head over through the open window. Locate the chest inside the room and open it. There you go! The Erdtree bow of Elden Ring is in your hand. You did it!

Did you know? Elden Ring reached over 68% of digital downloads within two weeks and that was a massive success for FromSoftware. What is your best arm bow in Elden Ring?