Pokemon Scarlet and Violet are basically two different versions of the same game. The thing that follows due to the same, are game-specific entities/activities. One such activity is the Dragapult Tera Raid, which is exclusive to Pokemon Violet players; however, Pokemon Scarlet players can also participate via the Multiplayer mode. The Tera-raid event is time-limited, meaning, you probably won’t be able to do them after a while. This raises a question as to how you could conquer the Dragapult Tera Raid in Pokemon Violet, hence:

In this article by Frondtech, we’ll be guiding you with Dragapult’s weaknesses which’ll make the Dragapult Tera Raid a lot easier for you, so without further ado, here it is:

Dragapult is a Dragon/Ghost type pokemon that can appear in a number of Tera types, but the important thing to understand here is that it can be taken down in some ways too.

Essentially, counters to a Dragon/Ghost type pokemon would have Fairy, Steel, Dark, Normal, Dragon or Ghost-type moves. Another thing to note is that Dragapult is a physical-attack type pokemon, so your choice should be a Pokemon with high defense stats. 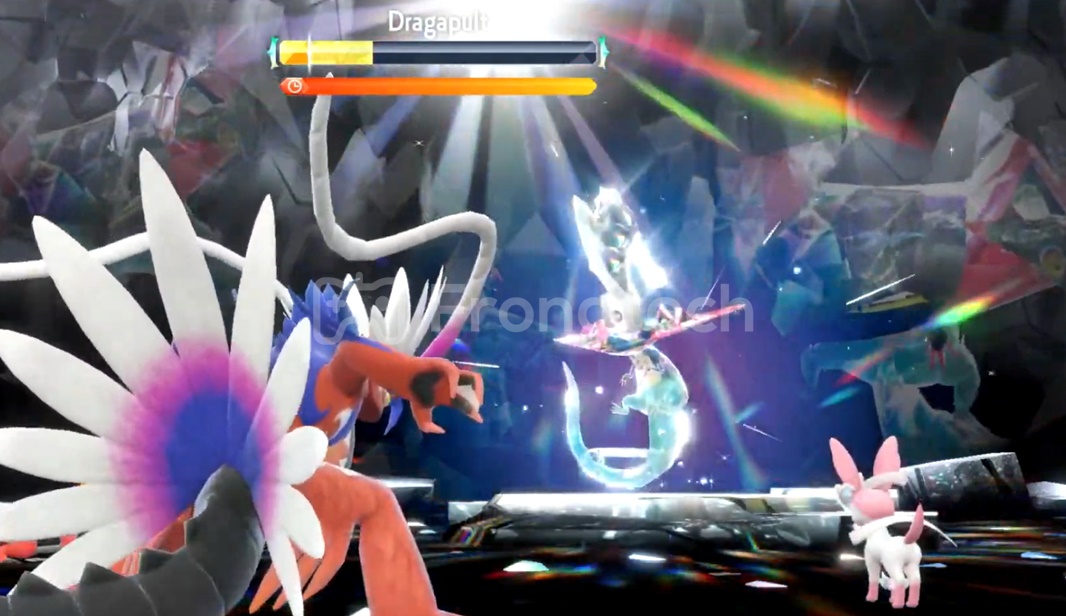 Dragapult has a bunch of moves, the types are Dragon, Ghost, Bug, Water-type, and Fire-type, and in a Tera raid, Dragapult can use the following Moves:

Additionally, Dragapult will have three different abilities, which depend on which kind of Tera Raid you’re looking at.

What this tells us is that the Pokemon you’d be choosing must have high defense, as mentioned, backed up by strong attacks.

Providing your pokemon some held items such as Booster Energy can further help increase the attack stat, or on the other hand, if something’s required for HP, you could give it Shell Bell or Leftovers. Some effective moves against Dragapult would be Play Rough, Helping Hand, Charm, and Sword Dance.

It doesn’t stay limited to these moves though. Any moves that increase self-attack all while lowering the opponent’s attack would be effective. Curse, Bulk up, Belly Drum, Harden, and Iron Defense are great choices.

Finally, A good choice in countering Dragapult would be a Pokemon that can use Misty Terrain and Aromatic Mist and as for the Tera type, it is best to first have a look at what Tera raid you’ll be getting yourself into and then change the Tera type of your Pokemon accordingly.

That’s everything there is to know about Dragapult’s Weaknesses in Pokemon Scarlet and Violet. For more such guides, keep visiting Frondtech!