Hogwarts Legacy is all set to be released on the 10th of February 2023 on the following platforms – PlayStation 4, PlayStation 5, Xbox One, Xbox Series X/S, PC and Nintendo Switch too. It almost a month from now, and a lot of players have been attracted to it, like the spell Wingardium Leviosa.

If you’re a Potterhead or someone who has just stepped into the wizarding world, you all might be wondering whether you need to read the whole series right from the start(from sorcerer’s stone to the cursed child) or watch all the movies before you play Hogwarts Legacy.

Well, the Potterheads know it all, but what about the rest of the players or, in Harry Potter terms, muggles out there? Don’t worry. We’ll tell you the answer to it. 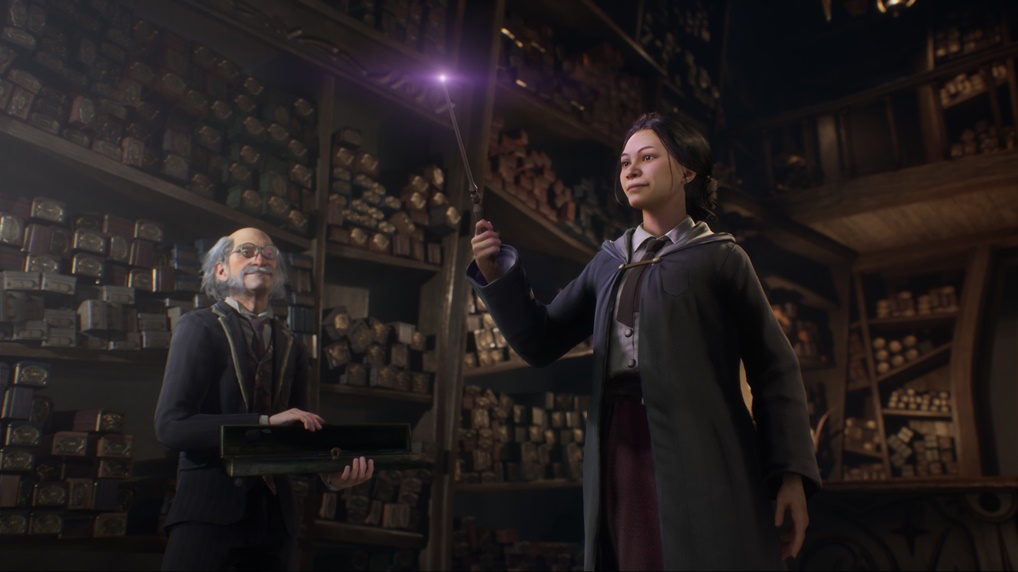 Is reading or watching Harry Potter necessary for Hogwarts Legacy?

The answer straightforwardly is a big NO! You don’t need to necessarily watch all the movies or read all the books to understand or play the game. Also, on the plus side, Hogwarts Legacy will not have any spoilers regarding the actual storyline too. The game is a completely different one with its own original story that is full of adventure.

This is due to the fact that the game is set to take place a whole century before all that happens in the Harry Potter series. The developers of the game have said that it is nice to have any previous knowledge of the series, but it is completely up to the players, basically, optional.

Is Dumbledore in Hogwarts Legacy?

Many of fans are wondering if Dumbledore or Newt Scamander would make a cameo as the plot of Fantastic Beasts is set in the year of 1920s. A lot of such details are still yet to be revealed. However, we do know that few of the Hogwarts ghosts like Peeves, will be making an appearance in the game.

The game doesn’t really contain specifics that you’ll miss due to not watching a movie or reading a book. Hence, it’s safe to say that all you’ll be required to do, is to learn the basics!

Additionally, there’ll be a number of Easter eggs to find all throughout the gameplay. These were specially introduced for long-term fans who love the Harry Potter series of entertainment. You’ll always have your broomstick to fly around the open world, and If you’re a Harry Potter fan, you’re bound to love this game!

That is all there is to know, whether you need to watch the Harry Potter movies or read the series to understand Hogwarts Legacy.

If this guide has helped, let us know in the comment section below. And for more Hogwarts Legacy Guides, keep an eye on Frondtech.