A Diablo game in 2021. Who would have thought. Diablo 2 Resurrected is now available for people to try. The game is a remaster of the original Diablo 2, that was released almost 21 years ago. Feeling old yet? Though, the game has been released across every platform, we are focusing on the PC version on this article.

For people who have been living under a rock, Diablo 2 Resurrected is a ARPG, that has been developed by Blizzard and Vicarious Visions. The game is a remaster, which means there is no change in the story or the core mechanics of the game. This 2021 version of Diablo 2 mainly updates the original game’s graphics and network functions and does not change any of its item systems or game balance. The game has now support for 4K resolution.

You can literally import your save files from the original Diablo II in local single-player and continue from that point. If that doesn’t scream ‘Remaster’, I don’t know what else does.

Moving on, some PC players, as always, are experiencing crashes and launch issues with Diablo 2. I did see some PS4 players talk about this too. But the majority of the complaints are from the PC users. I personally tested the game on three different systems, and I didn’t experience any of that. So, it is impossible for me to guess, what is the specific reason behind crashes for each one of you.

With that being said, here are some basic solutions you can try to fix the crashing and the launch issues: 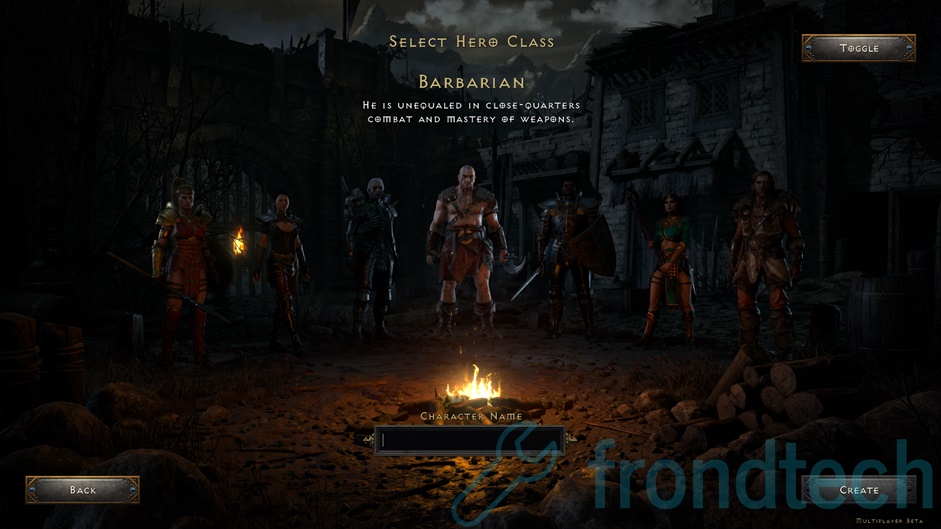 I remember, I had played the open beta of COD Black Ops CW. And when the full game got released, the game was crashing left and right for me on the launch day. I actually saw a Reddit user mention this. I realized that I forgot to install the beta first. Likewise, I uninstalled it, and I haven’t got a single crash since then. Here is how to do this: 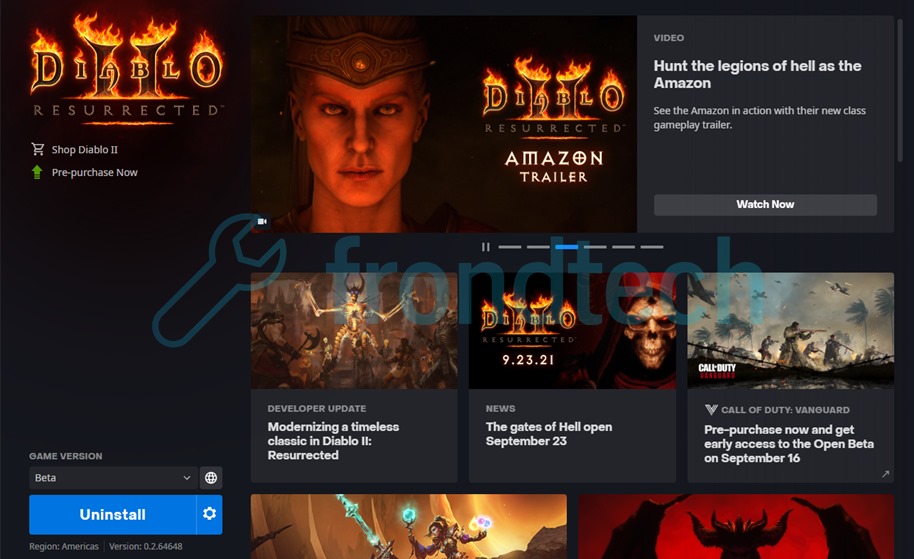 Skip this method entirely, if you didn’t take part in the beta release of the game

I know a lot of Windows 7 users are trying to play this game. But unfortunately, Diablo 2 Resurrected runs only on Windows 10 64-bit. This not something that I am saying. It is something that has been mentioned on the official system requirements list. If you ask me, this is not really a wise move. A lot of users, users who normally don’t play games that much, and don’t care about Windows 10, are going to try this game out of sheer nostalgia.

Just to make sure that your PC is capable enough to handle D2R without any issues, check out the official requirements here.

I figured that a lot of laptop users are going to play Diablo 2 Resurrected. And not everyone knows how to configure their GPU control panel.

So, if your laptop features an Nvidia graphics card inside, then you need to make sure your laptop is using that instead of the low powered integrated one.

Note: Diablo 2 Resurrected, for some reason, does not run well on Integrated GPU. You have to use a Dedicated one, if you are trying to play this game on a gaming laptop. If you are getting errors leading to a Black Screen or an error message that says ‘Unexpected error’, then switching to your Dedicated GPU might work. A lot of users have confirmed this. 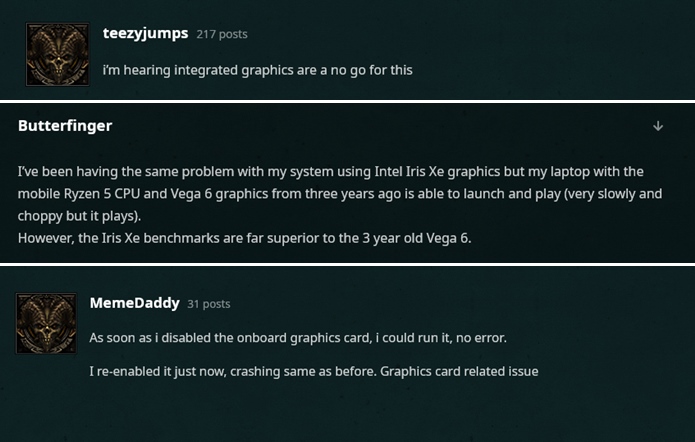 Try to repair D2R once

Use the Scan and Repair feature of Battle.net to fix the missing or corrupted files of Diablo 2: Resurrected.

Crashes could be due to your Anti-virus blocking the game

Check out this post from the Blizzard forums first:

My Sophos virus protection blocked the exe. After I played a game for about 15 minutes. I got the following error in Sophos.

I unblocked on Sophos, but now I’m getting the crash everytime I press the play button in the main menu

There is a huge chance, that the executable of Diablo 2 is getting silently quarantined by some antivirus software, preventing the game from launching. Therefore, you may need to disable Real-Time Scanning function or Real-Time Protection function of your Anti-virus to play. If you do not want to completely disable the software, then you will have to add the .exe file of Diablo 2 Resurrected and Battle.net on the Exceptions list of your AV Software.

Update your drivers and operating system to resolve any compatibility issues

This should be an obvious step by now. The newer the drivers are, the better will be their compatibility. A lot of players have managed to fix the crashing by updating their GPU drivers manually. Also, restore your GPU Control Panel settings to default.

Manually resetting my graphic card setting actually allowed me to play again, by this time, without any crash! (yet)

I had to google it and it actually has a shortcut:
Windows+Ctrl+Shift+B

Thanks, and I hope it’s permanent!

Third-party programs running in the background can interfere with our games. Close all other applications to resolve software conflicts and free up resources. Now that you have closed the unnecessary programs. Follow the steps below:

If this resolves the issue, enable the startup application one at a time to determine which one is causing the problem. You will need to restart between each application you enable.

These are all the steps or methods that you can follow in order to fix the crashes in Diablo 2 Resurrected. One thing to keep in mind, none of these methods are advanced and are pretty basic. There is no guarantee that these steps will fix your problem 100%. If the problem you are facing is a serious one, then the best option would be contacting the support. You can also check out the official Diablo 2 Resurrected Forums. You will find a lot of posts regarding these exact same issues.