This guide will show you the best graphics settings for Diablo 2 Resurrected, for low-medium end gaming PC users. Your experience in the game will become comparatively smoother, and a suitable combination of settings might even help you eliminate various performance issues like fps drops and stuttering in the game.

Diablo 2 is back, and this time in a ‘Resurrected’ form. The game is available on every single major platform right now. The game is not really a complete remake of the original one, that was released almost 21 years ago. There is no change in the story or the core mechanics of the game. The item systems or game balance remains unchanged as well

Diablo 2 Resurrected is basically a remaster. The game has been developed by Blizzard and Vicarious Visions this time. But despite being just a remaster, This 2021 version of Diablo 2 has brought a lot of changes to the table. The graphics of the game has received a huge overhaul, and the game has now support for 4K resolution.

But, if you have save files from the original Diablo II, then you can import them in local single-player and continue from that point.

Unfortunately, Blizzard has not managed to eliminate all the technical errors from the game. So far, new bugs have been popping up now and then. Some are quite game breaking if you ask me.

I saw a lot of people posting on the D2R forums, asking for help regarding the Graphics Settings of the game. They believe that the performance issues that they are facing, have something to do with the graphics settings not configured properly in the game. Which is actually true. The game is not properly optimized at all. D2R is undoubtedly one of the most demanding click-to-move titles I have ever seen.

If I talk about my personal experience, I honestly didn’t face any performance issues on my RTX 2060 and RTX 3070. But I can understand that not everyone is sitting with a high-end GPU. That is why I decided to make this graphics settings guide, catered towards the users who are experiencing problems like fps drops and stuttering. Let’s check out the guide now: 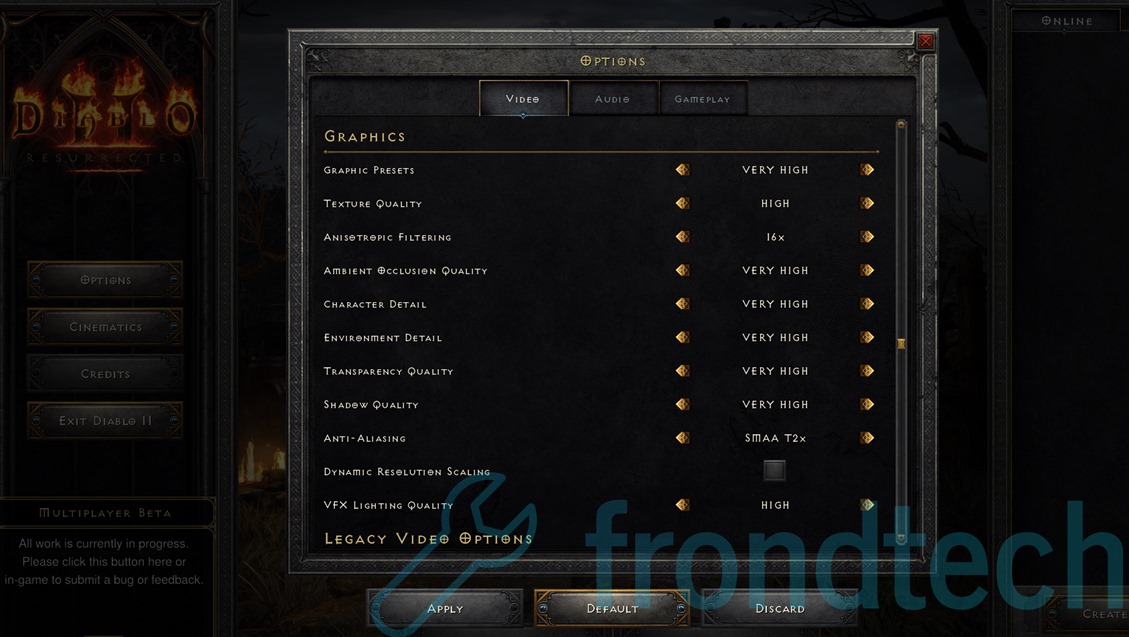 It is always recommended running a game on a medium end gaming rig if you want to find out the best combination of graphics settings for the game. There is no point in running benchmarks on gaming rigs with high or enthusiast level graphics cards. Because, let’s be honest, every single game will run smoothly on a RTX 3080 or a RX 5800 XT.

Here is how Diablo 2 Resurrected looks on the graphics settings given above: 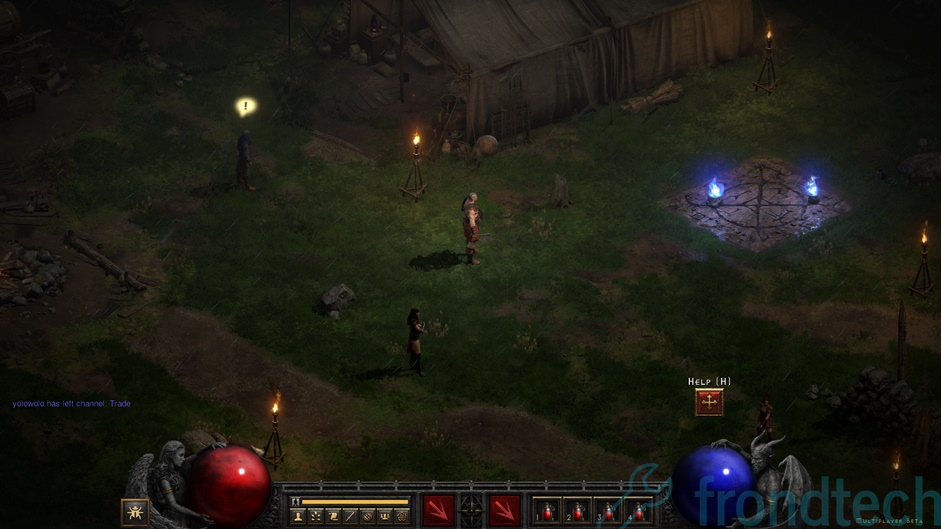 Okay, let me start by saying that I was shocked to see that my GTX 1650 couldn’t fetch me a constant 60 FPS in Diablo 2 Resurrected at maxed out settings. I lowered the settings a bit, but still couldn’t get constant 60. That is when I went to check the forums, and saw a bunch of people talking about how unoptimized this game is.

I did some research and found that this game runs better on AMD GPUs. But you still need something like the RX 570 to get something close to 60 FPS. I had seen a lot of posts regarding low fps and random stutters after the release of the Beta of this game. I didn’t pay much attention to them then. Now that I have the game personally. They all make sense now.

I mean, if you check out this Diablo 2 Resurrected performance test video of mine. Where I am running the game on a RTX 2060. You will see that I am only getting something between 70-80 FPS.

In short, if you are trying to play Diablo 2 Resurrected on a low-end GPU, like the GTX 1050, or an Integrated GPU on your laptop. You might have to settle for low performance. The only way to get a significant FPS boost, is by reducing the Resolution Scale. But, what is the point of playing this version of Diablo 2 then. You might as well play the Legacy version.

If you think that this guide has helped you, then let us know in the comment section below. Also, try checking out our other guides on Diablo 2 Resurrected. Who knows, you might end up finding a something you have been looking for.