Destroy All Humans 2020 stuttering lag fps drops and freezing fix – DAH is a third-person game where players get to control an alien called Crypto, who arrives on Earth to invade the planet and harvest human DNA. Crypto has a lot of tricks up his sleeves. He has superhuman skills such as psychokinetic powers and the ability to disguise himself as humans. He is also equipped with a vast arsenal of alien weapons such as the Zap-O-Matic and the Disintegrator Ray, to defeat enemies. Crypto has a jetpack which he uses to quickly navigate the environment. Crypto can also control a flying saucer, which has the capability of destroying almost everything. Players can perform movements such as gliding and dashing.

With that being said, it looks like that a lot of players are experiencing problems like lag, fps drops, stutters, and random freezes while playing Destroy All Humans! on PC. Therefore, here is a guide to fix some of those issues.

Destroy All Humans 2020 – How to fix Stuttering, Lag, FPS drops and Freezing 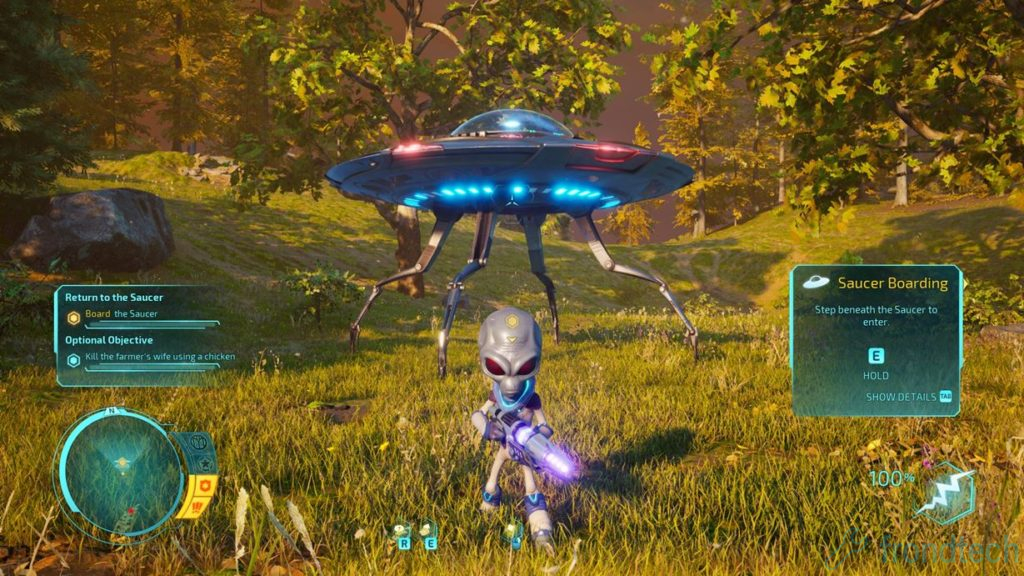 System Requirements of Destroy All Humans

Make sure the specifications of your PC are somewhat similar to the official system requirements of Destroy All Humans.

Tweak the Graphics Settings of Destroy All Humans

Click here to check out the detailed guide on the graphics settings for Destroy All Humans.

It has been a while since Microsoft introduced the Xbox Game Bar feature on Windows 10. Sadly it still causes fps drops in some games. I am not sure if your lag in Destroy All Humans has anything to do with the game bar or not, but it is better to keep it off. Here is how to do it:

A lot of people have managed to fix the stuttering by just turning off the Steam Input Per-Game setting. Here is how to do it:

If you want to turn off Steam Overlay for all your Steam games then:

If you want to turn off Steam Overlay only for Destroy All Humans then:

If you have the latest build of Windows 10 (2004) then you should make use of the brand new feature called hardware-accelerated gpu scheduling. If you have a decent graphics card then you might actually benefit from this. Here is how to turn it on:

Destroy All Humans is a brand new game. Bugs and performance issues are pretty common in games during launches. So expect a ton of patches and updates from the developers. All you have to do is be patient and wait for the developers to address the issues. We are pretty sure that they will be releasing a patch to fix the crashing issues pretty soon.

These are all the fixes we have right now the problems in Destroy All Humans!

If you are facing constant crashes then click here to check out our article on how to fix crashing in Destroy All Humans.