Destiny 2 – Where to farm Exotic Ciphers

Exotic Cipher – What is it? 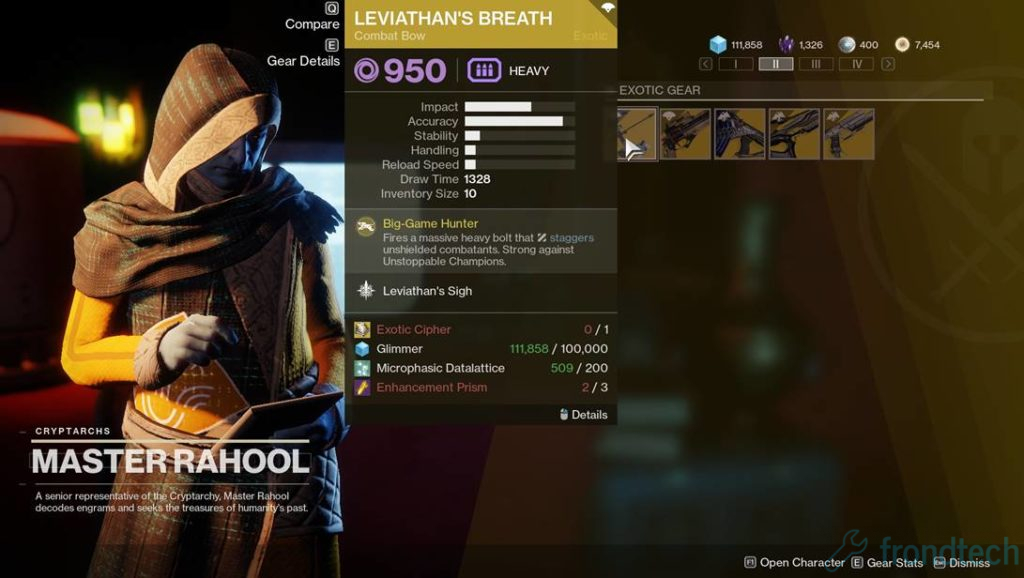 An Exotic Cipher is a new type of rare resource that got added with the Season 11 or Season of Arrivals update. Right now the only confirmed use of Exotic Cipher is for crafting Exotic gear from a Cryptarch or Xur.

“Historical data preserved as luminous matter.
Valuable to those who study humanity’s past.
Present it to Xur or a Cryptarch to receive a
reward. You can only hold 1 of this item at a time.” – In-game description

You can only have a single Exotic Cipher in your inventory at a time. This should give you an idea how rare this resource really is.

How to get Exotic Ciphers?

At this moment, the only confirmed way of getting an Exotic Cipher is via the Season of Arrivals Season Pass. You get one after you reach Rank 55 on the Season Pass. Both free users and premium users can get it. 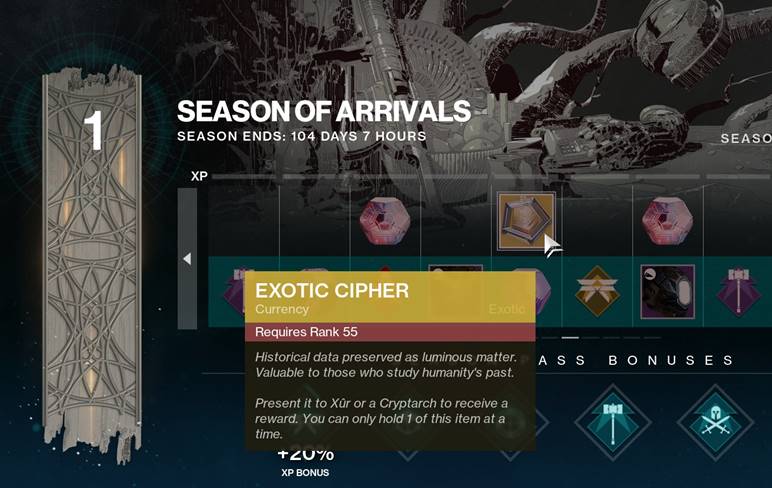 A lot of players have claimed to have gotten Exotic Ciphers from Crucible matches, Nightfalls, Heroic Public Events, Raids, and Gambit. This information is not confirmed though.