His body is red in color, and carries a huge sword just like a Hive Knight. I am unsure how I should describe him other than a Red Hive Knight.

He was first seen at Anchor of Light on Moon, and we all thought the location was his permanent spot. But we soon found out that he keeps changing his location every week, but it will always be somewhere on Moon. 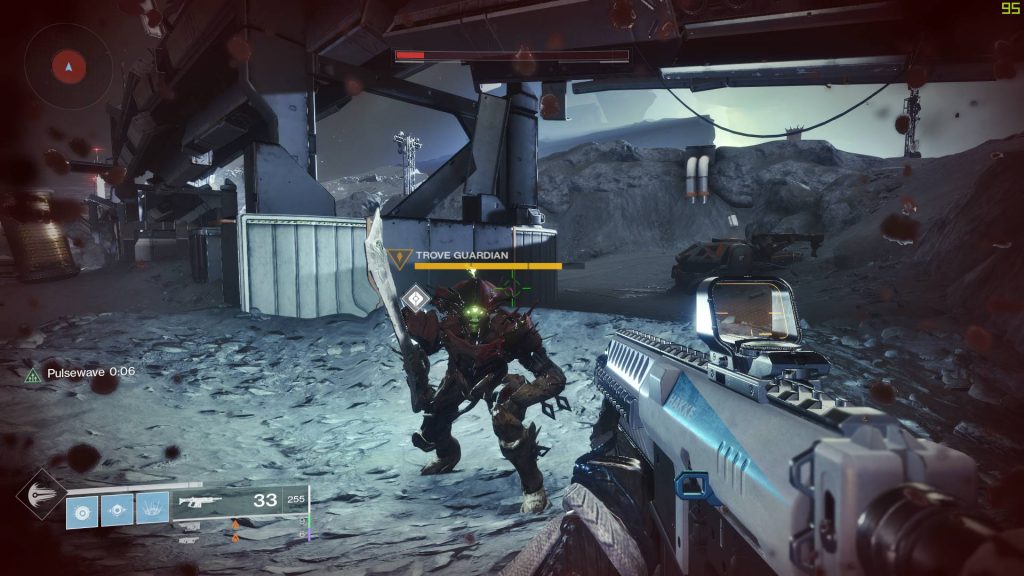 This week, the Trove Guardian is at Anchor of Light on Moon.

The location of the Trove Guardian at Anchor of Light is very easy to find. All you have to do is: