Wondering how can you obtain the Eriana’s Vow in Destiny 2? Don’t worry we got you.

Destiny 2 Shadowkeep – How to get Eriana’s Vow

The Eriana’s Vow is an Exotic weapon that has arrived in Destiny 2 with the Shadowkeep or Season Of Undying update. It is a first of its kind as it is Sniper Rifle in Hand Cannon form. So you can pretty much call this a pocket Sniper Rifle.

This is a 90 RPM Hand Cannon with a Magazine size of 6. Damage of the Eriana’s Vow inside Crucible is 164 to the head and 103 to the body. So if you were hoping to one-shot guardians with this inside PvP then sorry to be the conveyor of bad news. Let us look at the rolls and perks of the Eriana’s Vow: 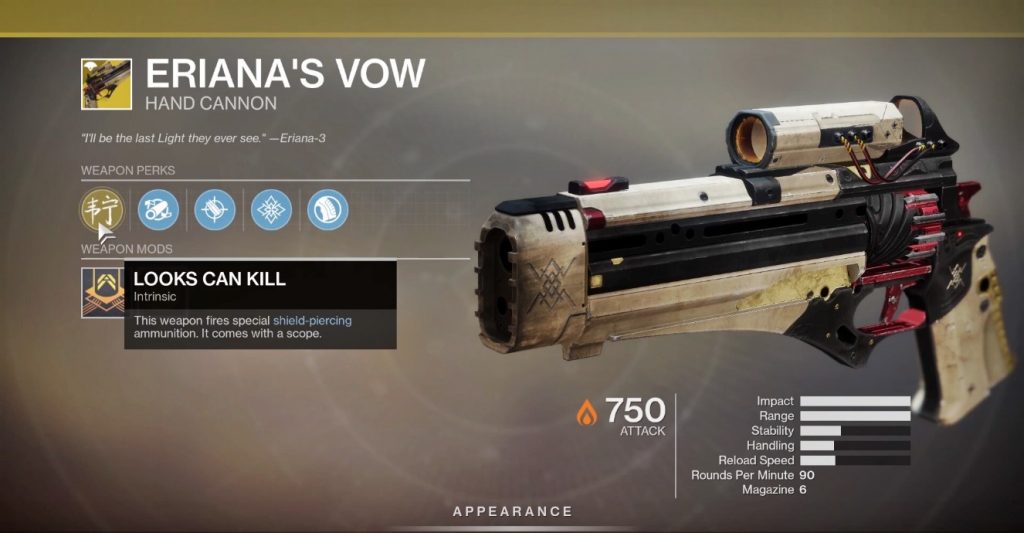 How to get the Eriana’s Vow?

The Eriana’s Vow is basically a part of the newly arrived Season Pass in Destiny 2. But not everyone will get access to this weapon right away. If you have already purchased Shadowkeep then you are Premium pass user which means you will get this weapon as soon as you log-in. 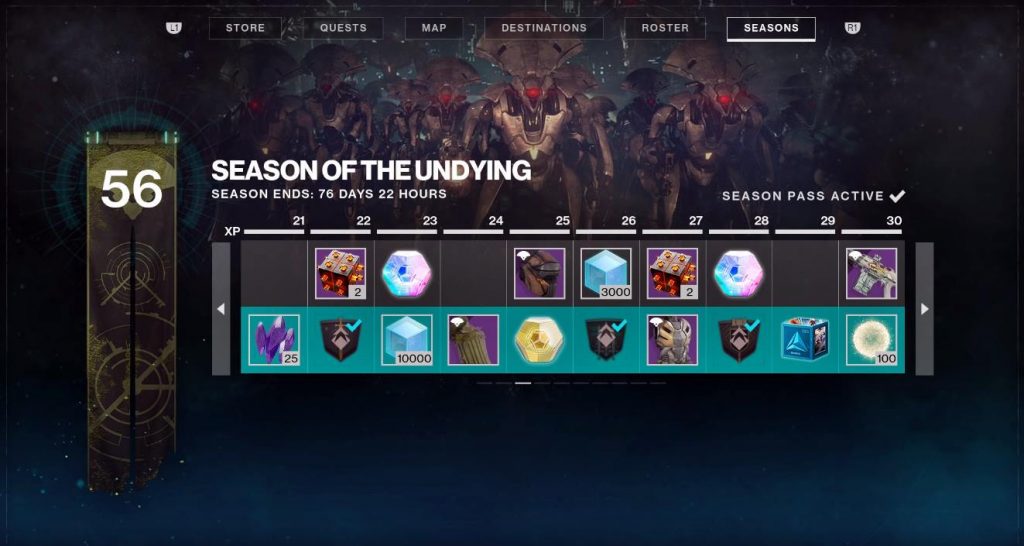 But if you have not purchased Shadowkeep then that makes you a free pass user. Free pass users can get the Eriana’s Vow only after reaching Rank 35. But that doesn’t mean it is going be very hard for you. All you have to do is level up your pass and the weapon is yours. If you ask me, this method of obtaining Exotics is easier. No RNG involved and no stupid long quests to complete (*cough* *Izanagi’s Burden* *cough*).