Wondering what is that giant floating cube at Desolation’s Edge is all about? Does it even do anything or is just another random stuff in the game? Lets find out.

What is that floating cube at Desolation’s Edge? 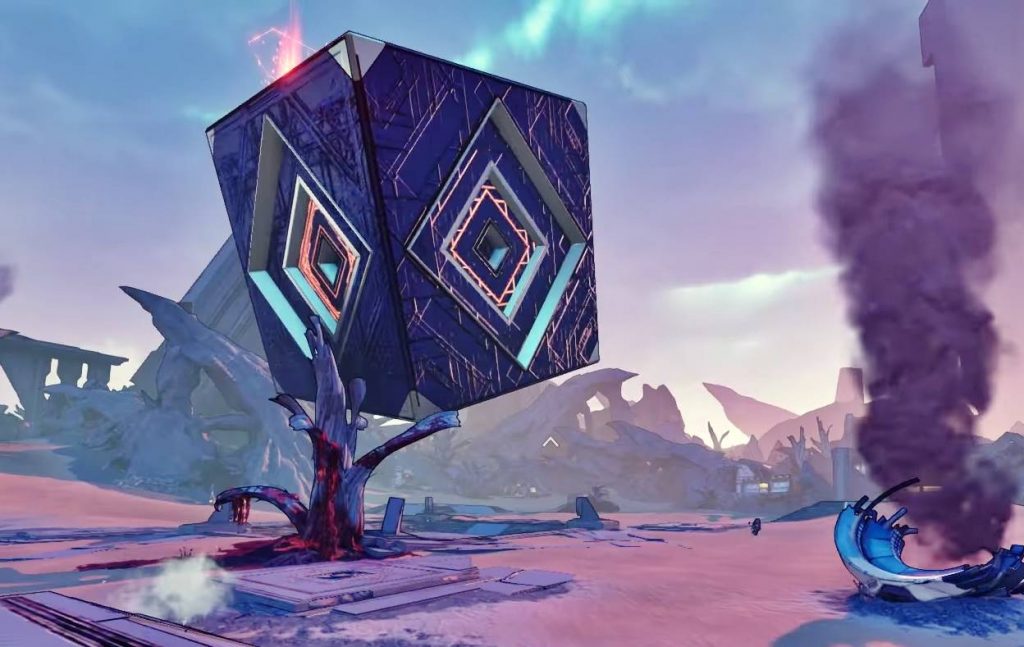 To everyone wondering whether the cube is useless or not. No, it is far from being something useless. It is actually a puzzle that you need to solve.

What do you get from that giant floating cube?

You get exactly what you play Borderlands for. Loot, huge amount of loot. You can get Epic as well as Legendary loot from that giant cube and the amount is pretty decent.

How to solve the puzzle?

It is not actually very hard to solve the puzzle. Every side of the cube represents an element. If you shoot a side of the cube with the element is represents, it lits up. The cube has six sides so you need guns will five different elements and a non-elemental gun. You need a shock weapon, a cryo weapon, a radiation weapon, a corrosive weapon, an incendiary weapon and a non-elemental weapon. The best way to do this is to carry Maliwan weapons as they feature double elements. If you are doing this with a team then you don’t have to worry about carrying every single element but if you are solo then you have to go with weapons having double elements. 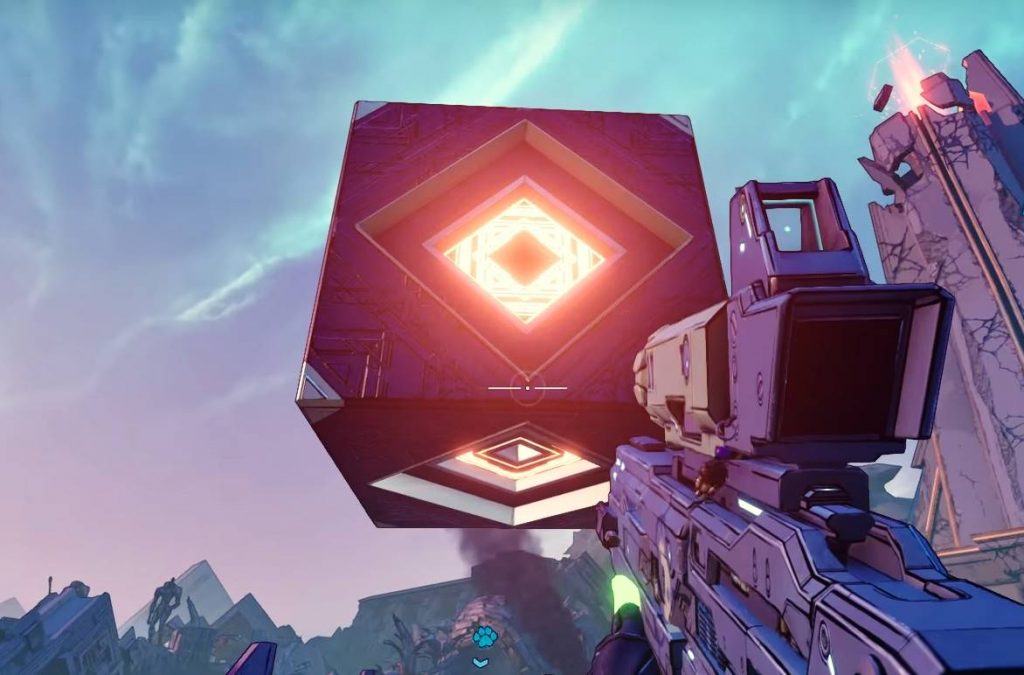 Just start with any side and shoot it with all 6 element types until it lights up and then move on to the next one. You don’t have to do this in any order so don’t worry about messing anything. Once all the sides are lit the cube will stop rotating and open up. And you will be showered with loot.

Once the cube spits out all the loot it will again start rotating and fly up to disappear in the sky. And remember that this can be done only once per character. If you are thinking that you will just pick up the loot and quit immediately to be able to come back and do this again, it won’t work. Also, the loot you get will depend on your current level.