Borderlands 3 – How to get The Monarch

To get The Monarch you can go and farm the boss called Killavolt. You can find Killavolt at Lectra City on Promethea. Here is the exact location of Killavolt: 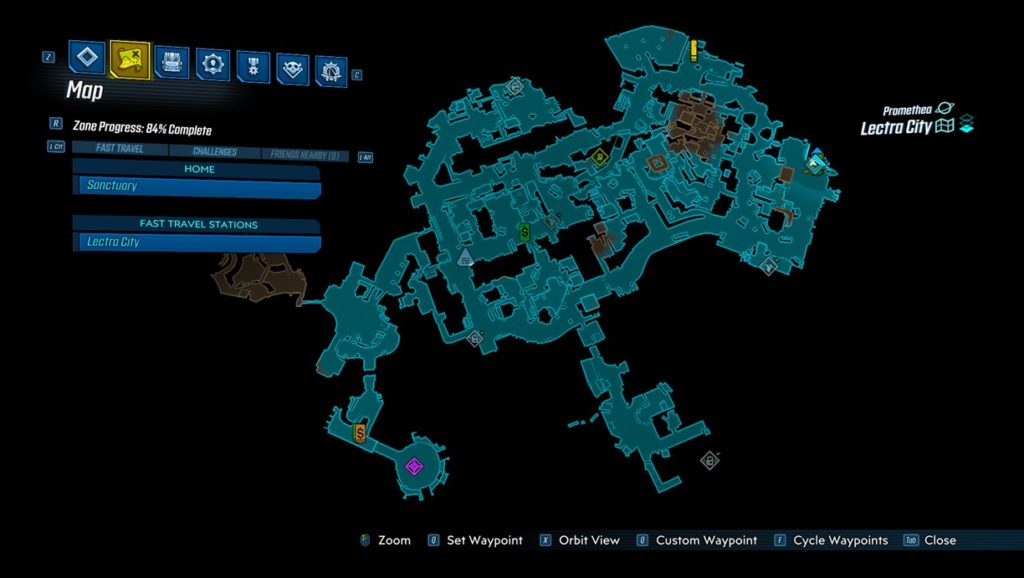 The good thing about The Monarch is that everyone who has the base Borderlands 3 game can farm for this. The Mayhem 2.0 update is a free update and you do not need and DLC or Season Pass to play it.

The Monarch is an Assault Rifle of the Legendary or Orange rarity in Borderlands 3. The weapon arrived in Borderlands 3 with the new Mayhem 2.0 update. If you ask me, this AR is one of the best weapons you can get in the game and you should definitely farm for it. The Mayhem 2.0 update has brought some really insane Legendaries to be honest. We have already covered the overpowered Kaoson, O.P.Q. System, Sand Hawk and the Yellowcake, so you can check them out if you want.

So what is so special about The Monarch? Well, the Monarch is basically an upgraded and better version of the Dictator. If you have been playing the game for long enough then you should know how powerful the Dictator AR is.

The Monarch has two firing modes, Rifle or Full-auto and Bipod. Both the modes are powerful but the Bipod mode is a bit too insane. Yes, you will lose your mobility as you won’t be able to jump or run while using the Monarch in Bipod mode. But it is definitely worth it, as this weapon shreds everything with a blink of an eye, even at Mayhem 10 level.

The only problem with the Bipod mode is that you cannot shoot enemies from great distance as the bullets have a significant spread. So you have to be near your enemies so that all the bullets land on them.

Lets take a look at the description of The Monarch. The one shown here is called Vicious The Monarch (Level 57): 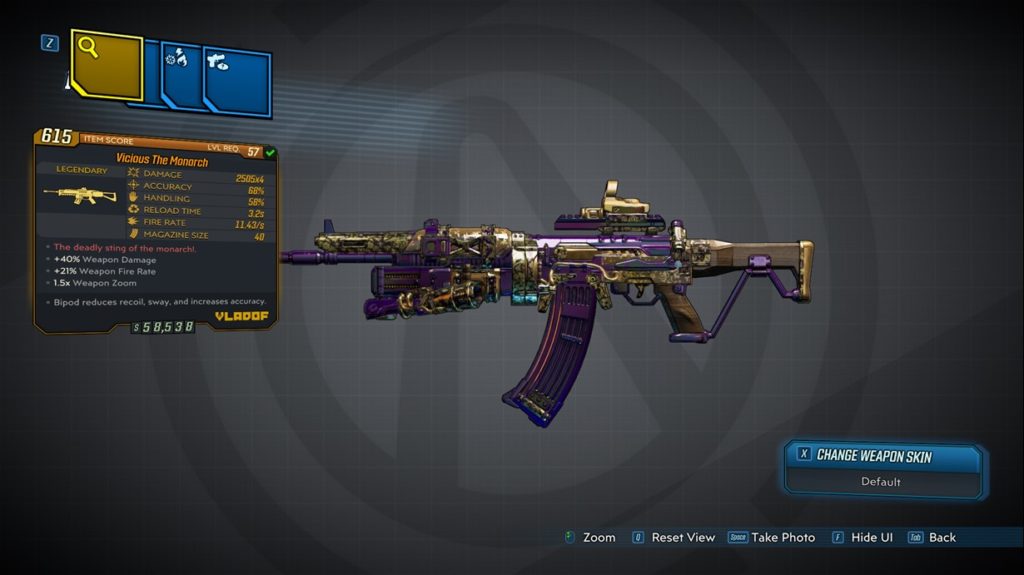