Borderlands 3 – How to get Fish Slap

Fish Slap is a Grenade of the Legendary or Orange rarity in Borderlands 3. The grenade arrived in Borderlands 3 with the new event called Revenge of the Cartels and is probably the most unique grenade in the game at the moment. I can already see Fish Slap being a part of some really powerful builds so you should definitely farm for it. The Revenge of the Cartels update has brought some really insane Legendaries to be honest. We have already covered the overpowered Monarch, Kaoson, O.P.Q. System, Sand Hawk and the Yellowcake, you can check them out if you want.

So what is so special about the Fish Slap? Well, apart from the fact that it looks like a fish, the Fish Slap’s damage is 100% melee damage. If you have been playing the game for long enough then you should know that the game already has a weapon called Face Puncher that deals melee damage. And these weapons that deal melee damage allow for really overpowered Amara builds. Also, there are certain artifacts or shields like the Ward in Borderlands 3 that increase your melee damage by up to 300%. So you can already imagine the possibilities.

Lets take a look at the description of the Fish Slap. The one shown here is an Anointed version called the Converging Fish Slap (Level 57): 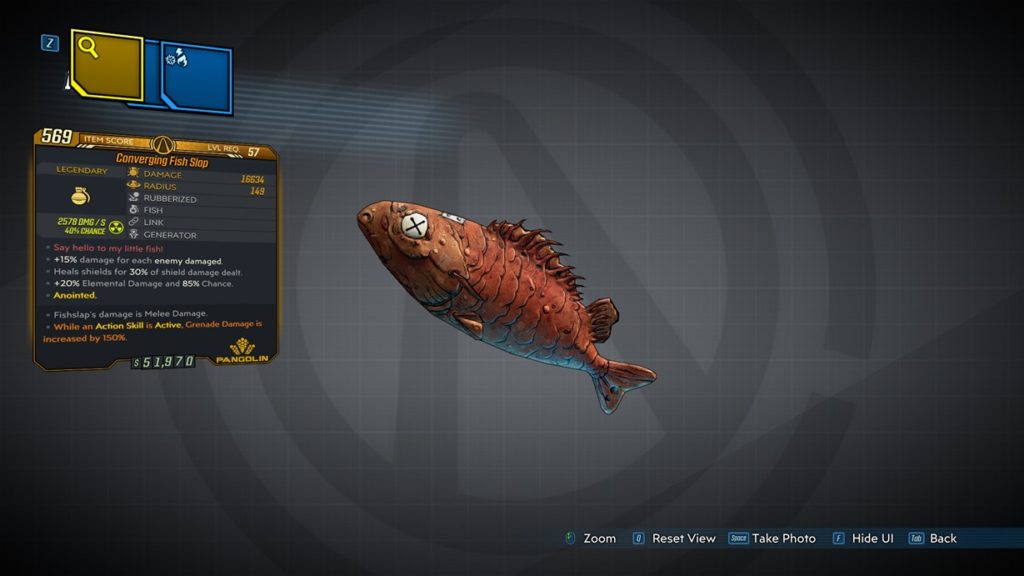 The good thing about this grenade is that everyone who has the base Borderlands 3 game can farm for this. The Revenge of the Cartels is a free event and you do not need any DLC or Season Pass to play it. With that being said, he are locations where you can farm for the Fish Slap:

Here is a video of Tyrone Smallums dropping the Fish Slap: