Looking for a location where you can farm the Crossroad? Here is everything you need to know about the weapon.

Borderlands 3 – How to get Crossroad SMG

Crossroad is a sub-machine gun of the Legendary or Orange rarity in Borderlands 3. It is one of the best weapons and certainly the best SMG that you can get in the game right now. No matter what character you are playing this weapon is a must have for every loadout. 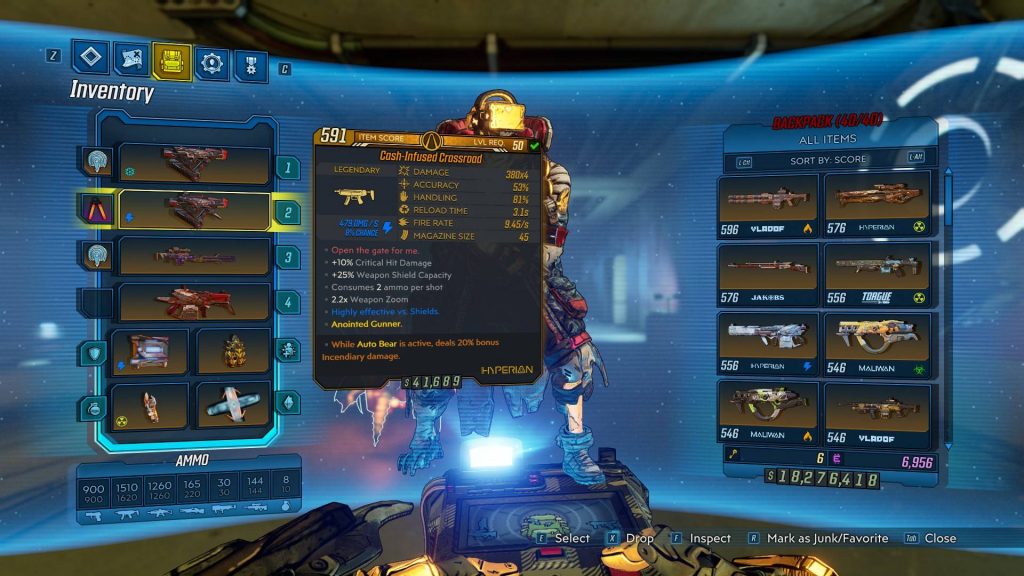 So what is so special about the Crossroad? Well, it is a Hyperion weapon so you get shields while aiming. But the best part about this weapon is even though it is a SMG, it fires 4 bullets at a time which costs 2 ammo per shot. The gun is not automatic like other smgs and fires a burst of 6 shots so a total of 12 ammo is consumed per burst. Now, a lot of you might think that 12 ammo is a bit too much but the damage output per burst in this weapon is insane. If you can get uninterrupted critical hits with this weapon then forget normal enemies, you will even melt bosses in few seconds. This weapon can roll with different elements.

Where to find the Crossroad?

Update: You can now farm Katagawa Jr. in order to get the Crossroad. You can find Katagawa Jr. at the Atlas HQ at Promethea.

So, I again went to farm Graveward, my most trusted source for getting Legendary loot. Not having any idea whether this weapon even drops from the boss or not. And like every time, I ended up getting what I was aiming for. I was at TVHM with difficulty set to Mayhem 2 and my Luck (Rare drop rate) at +13.45%. Here is a video of the Crossroad dropping for me from Graveward:

I always try to show videos of me getting these rare drops because I don’t like suggesting locations for farming without testing them out myself. If this guide has helped you then let me know in comments. Happy farming!